German shepherds are steadfastly loyal dogs so it’s no surprise that when this sweet pup’s granddad had to go to the hospital, she never stopped waiting by the door for him to come home.Her name is Leia and like all German shepherds, her family is the most important thing in her life. She shows her love by watching over her people, always by their side.

So when her grandpa had to stay overnight in the hospital, she kept waiting by the door for him to come home in the most heartbreaking way.It all started earlier this year when Leia was sent to her grandparents house by her fur mom, Katie Snyder, for a vacation. Leia loved her granddoggoparrents but since she’s not an overly cuddly pup, no one realized just how deep her affection for them had grown, especially to her dad, until the night of their 40th anniversary.

Out celebrating, Leia’s grandparents evening was cut short when Snyder’s dad had a health issue that caused him to go to the hospital. Due to covid, her mom couldn’t stay with him so she later returned home without him. 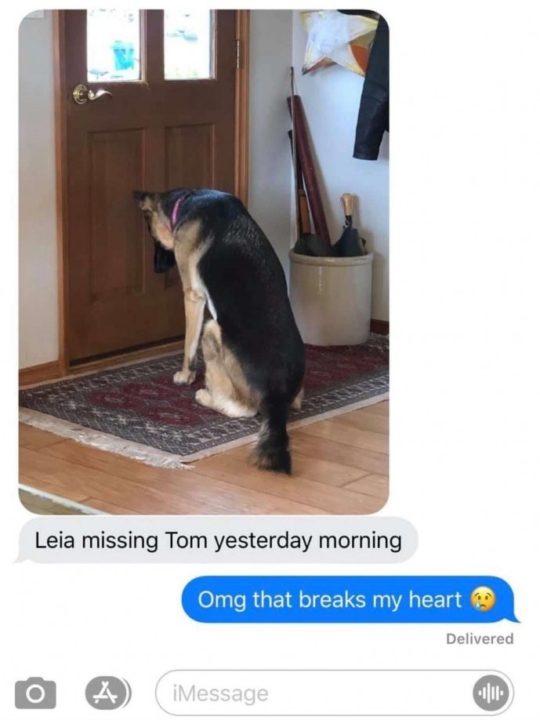 Leia greeted her grandma but soon realized something was wrong. Where was her grandpa? Heartbroken, the pup became upset and sat in front of the door with her head hanging low. 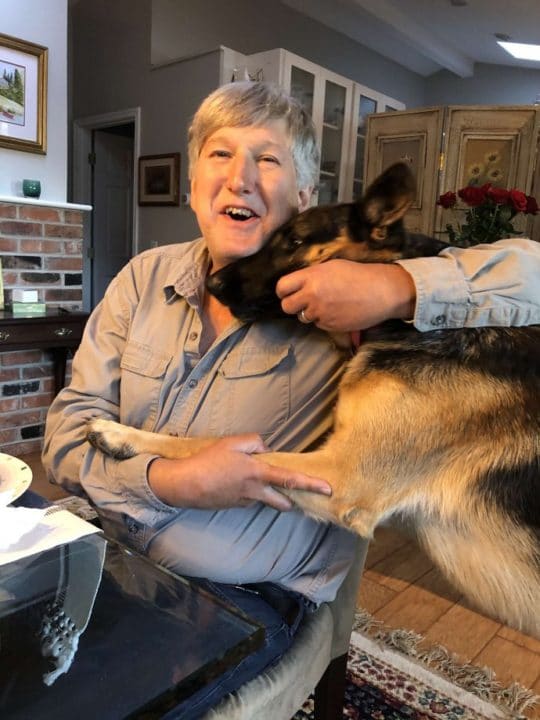 Until that moment, no one realized just how attached to her grandpa Leia had become. Snyder decided since the pup loved her dad so much, she would let her stay with him forever. 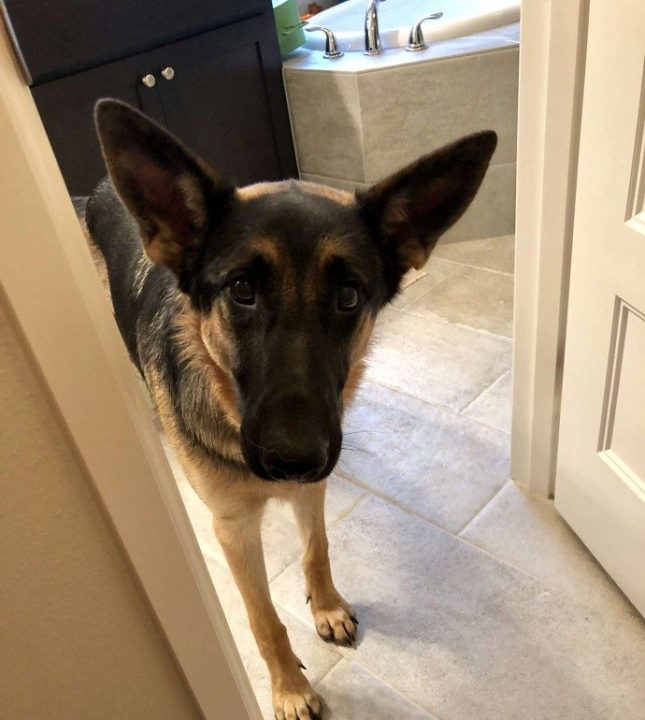 Happily, Snyder’s dad was okay and returned home the next day to an overjoyed Leia. 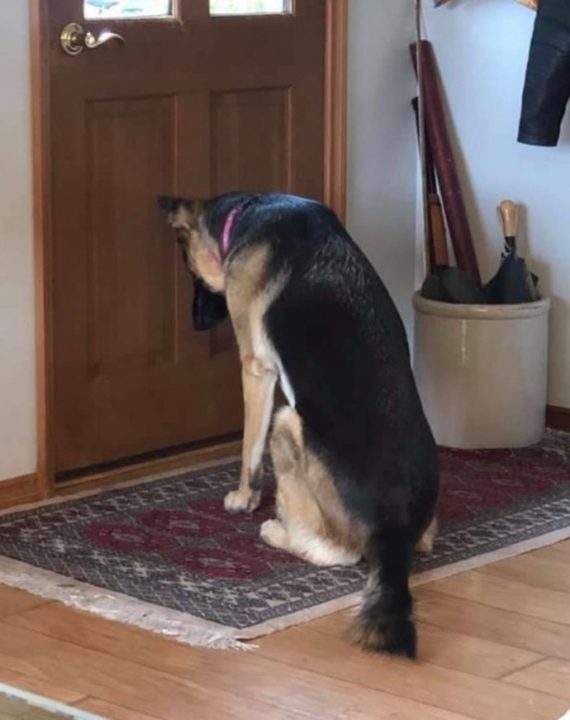 “He is her human now,” Snyder said in an interview. 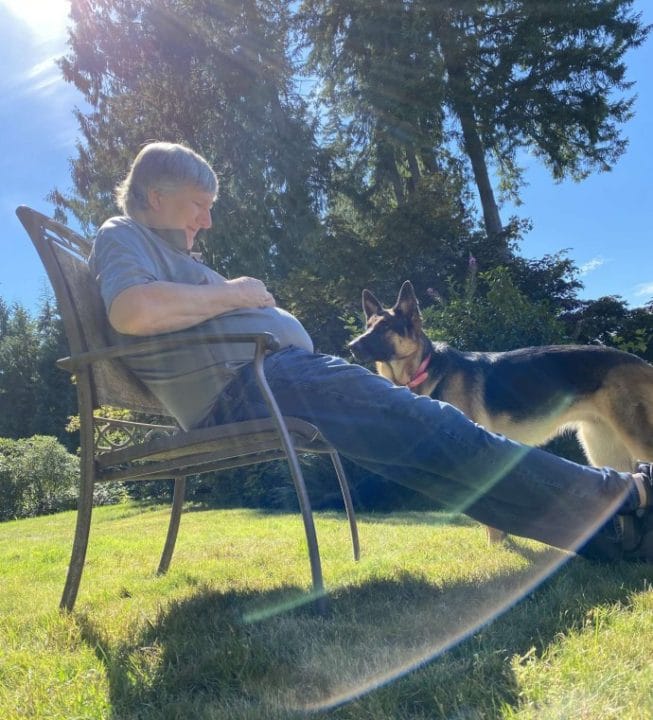