When his 17-year marriage came to an end, Bobby Humphreys was left absolutely heartbroken. The separation had been sudden, and it left him with such strong feelings of depression that he considered taking his own life.Thankfully, Bobby’s close friend, Connie, talked him out of it. And when Bobby began to heal, Connie had a big favor to ask of him.

Connie owned a Chihuahua named Lady, but she was moving house and would not be able to take her with her while the moving process was happening. Connie asked Bobby if he could look after the little dog until she was settled into her new home, but Bobby was hesitant.

“Lady was very protective of both her and her son, and she didn’t really like people. Especially men. So, honestly, I just steered clear of her until this point,” Bobby told.

But Bobby would never forget how Connie had been there for him in a time of need, so he agreed to take the little dog in – and by the end of their first day together, something amazing had happened. 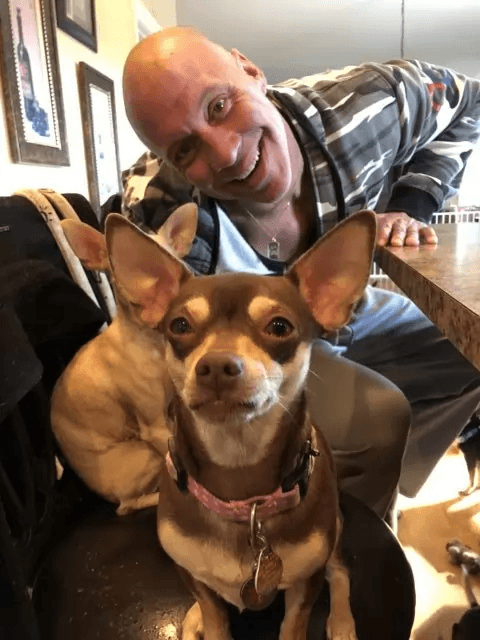 Lady had decided to act totally against her reputation as a man-hater, and had crept out of her kennel and cuddled up on Bobby’s lap.

“[Connie] swore she’s never seen anything like this, this dog hates everybody,” Bobby said. “Lady and I have been literally inseparable ever since.”

Bobby was amazed to see that he had a special knack with dogs- even ones who hate pretty much everybody. In the time that Lady spent in Bobby’s house, the pair grew closer and closer, and Lady also helped Bobby in a way that he would have never thought possible. She was helping him get over his heartbreak.

“I was still struggling to come to grips with everything,” Bobby said. “There were many days I could not even get up and go to work. The only thing that made me happy was spending time with Lady. I cannot believe how this little 7 pound beautiful baby stole my heart.” They Thought Someone Broke Into The Animal Shelter, But Turns Out, A Dog Broke Out!