Footage shows the way one Labrador retriever manages to rescue his sister after she fell into a swimming pool.Dogs are our best friends for a reason. For thousands of reasons, to be honest. They are funny, playful, caring, and intelligent.Footage recorded by Aaron Tucker, a retired firefighter-paramedic from Daytona Beach, Florida, shows the way one dog manages to save his sister after falling in the swimming pool, by throwing her the end of a rope chew toy.

Holding onto one end of the rope with his jaws, and the sister onto the other, he manages to take her out of the water.Aaron Tucker, a retired firefighter paramedic, watches as the Labrador Retriever throws a rope chew toy to his sister in an attempt to save her.

In the footage, the pair of dogs can be seen near the edge of the pool before one of them falls in and is unable to get out 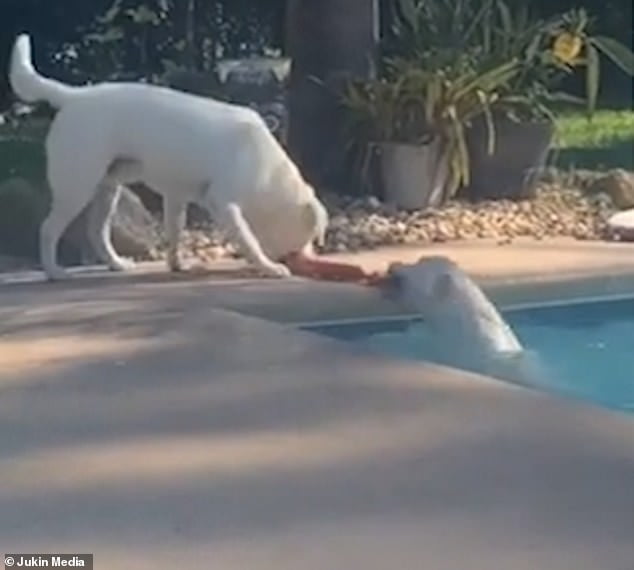 The clip, which was shared online on September 27, shows the two dogs standing nearby the pool when suddenly, one of them falls in.

Next, the pooch finds an orange chew toy and passes it to his sister in the water, after she tries desperately to bite onto it. 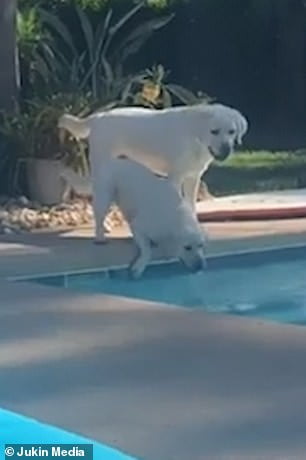 When she loses the grip, the dog gives another try and throws it once again.

“You’re going to grab this thing and then I’m going to pull you out.” 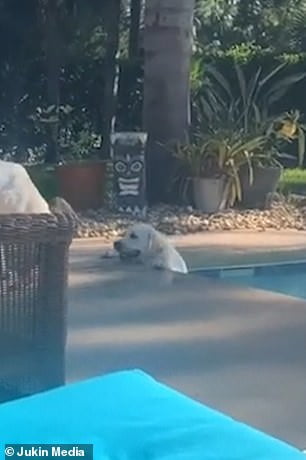 When the dog finally manages to pull out his sister, Mr. Tucker jokes that she is very heavy and has to go on a diet. 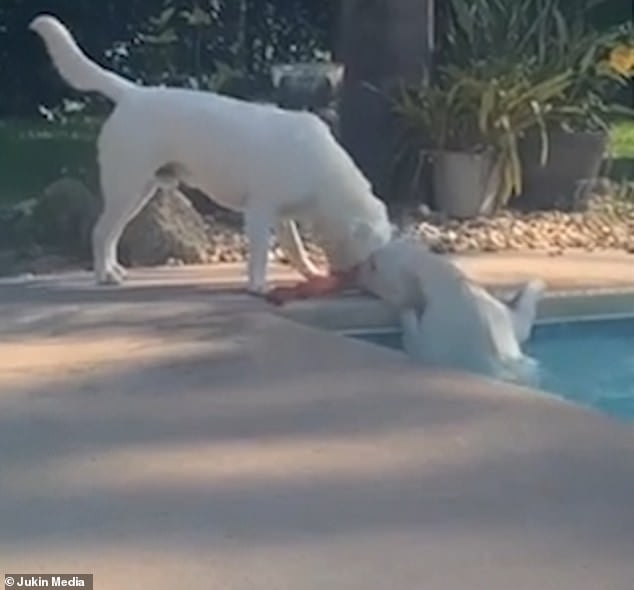 Mr. Tucker runs the dog training business Florida K9. He is a cadaver K9 handler and instructs tactical medics and emergency medical responders how to deal with dogs.

He was a guest speaker at the SOMA convention in Tampa in 2010, speaking on the subject of K9 emergency medicine. 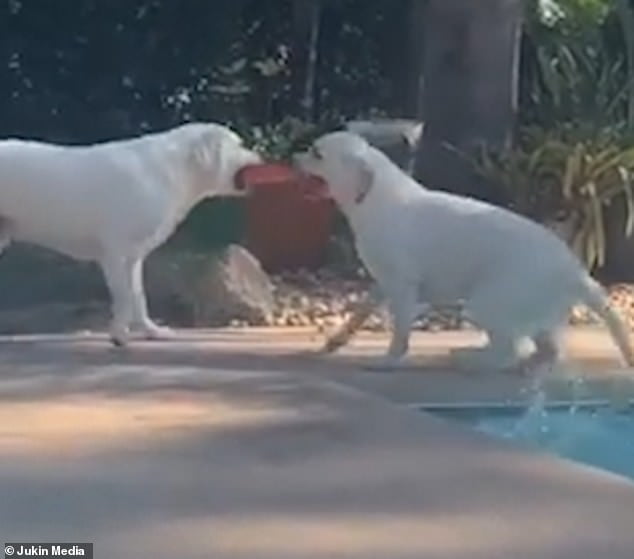 He has been also awarded by the U.S. State Department for his contribution to the creation of a K9 program in Kabul, Afghanistan in 2013. Man Adopts Mutt Off The Streets, Realizes Her Breed When She Gets Older Take a look at these funny sleeping positions of dogs