Not all heroes wear capes; some wear search and rescue backpacks. Meet Kusse, a German shepherd whose name means kisses, who is helping to find the missing and those who will never be able to go home.Kusse, a highly trained search and rescue dog, lives in Sheffield, Alabama with her owner, Cory Speegle. She is a semi-finalist for the American Humane Hero Dog.

So far, she has over a half a million votes cast for her in the search and rescue category. She deserves every one of them. Other categories include Therapy Dogs, Service Dogs, Military Dogs, Law Enforcement Dogs, Shelter Dogs, and Guide/Hearing Dogs.Speegle got Kusse as a puppy and began training her in search and rescue when she was a year old. She naturally excels at finding people, which has propelled her toward winning the national contest. The contest also includes a gala and a two hour special on the Hallmark Channel.

Kusse’s training includes training with the Emergency Management Association, numerous search and rescue classes, advanced building searches, and boat training to find bodies in the water. Speegle, who is also a volunteer firefighter for the Spring Valley and White Oak Fire Departments said that Kusse’s mother is a “German Shepherd from the Czech Republic and the father is a second-generation explosives dog out of Fort Hood, Texas.” 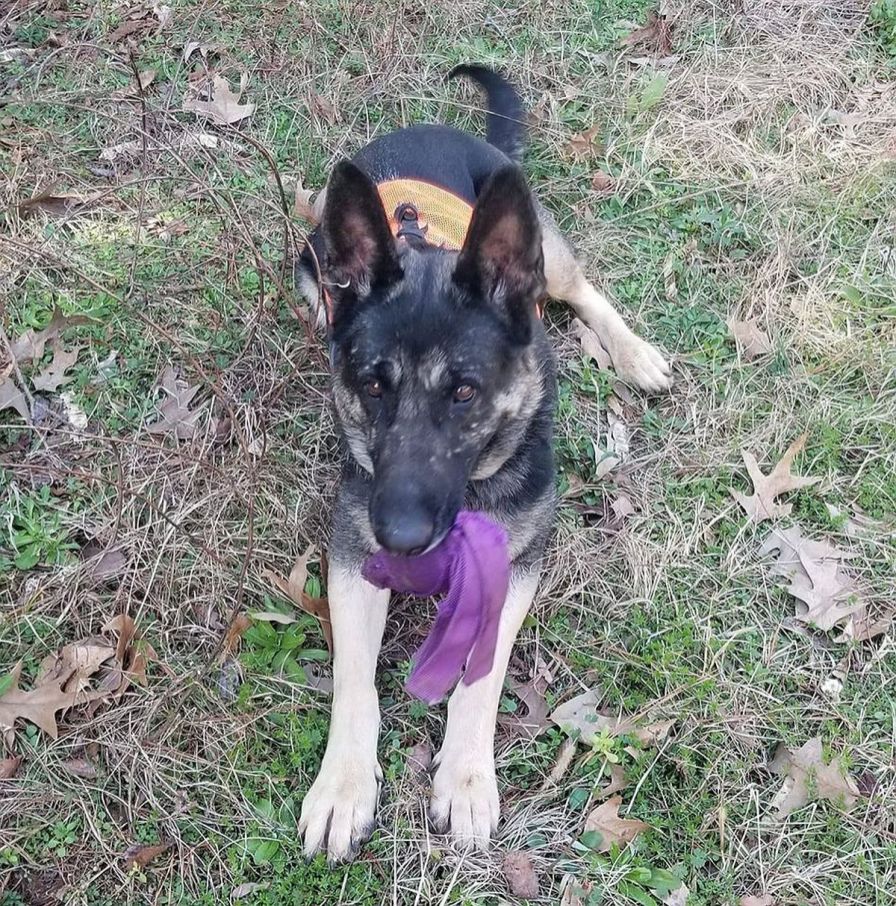 The pair is accustomed to getting calls for help from the Colbert County Sheriff, Frank Williamson. Including their response to the F4 tornado that ripped through Cookeville, Tennessee on March 4, 2020. Cookeville is the county seat of Putnam County, 79 miles east of Nashville. About the search: 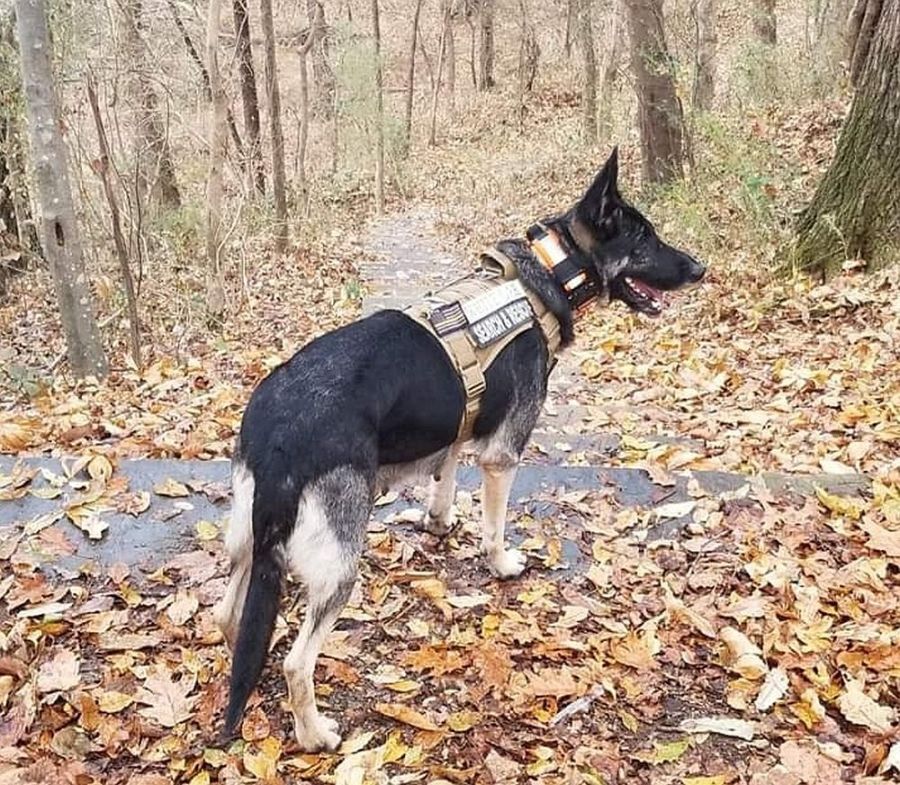 “Küsse and I worked for hours on end to help find survivors and bring closure to families with missing loved ones.” said Speegle, who volunteers with the White Oak Volunteer Fire Department’s K-9 Search and Rescue crew, who also uses highly trained cadaver dogs.

“It was like a bomb went off there,” he said. “We stayed until the last person was accounted for – it wasn’t pretty, as you can imagine.” Despite working round the clock March 4-6, Küsse and Speegle found no survivors among the 27 people missing. 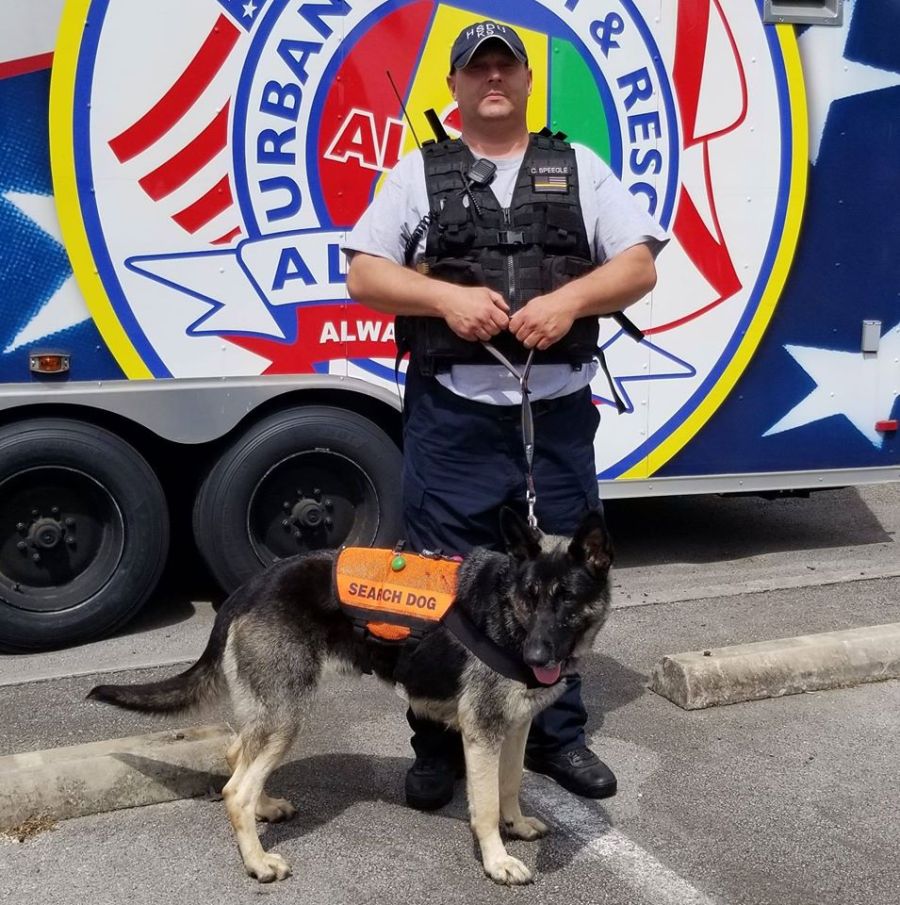 Kusee is trained in the recall/find method, which helps prevent people inadvertently becoming scared of a barking dog. However, she will still stay with young children. To keep tabs on her, she wears a GPS tracker that has a reach of 9 miles. Speegle said:

“Occasionally, with small children, the dog won’t leave the child,” he said. “It will lay down and stay with the subject, so we can still track where the dog is.

“Küsse will work on- or off-lead. If you have someone lost in a national forest, she can use that scent to find them.” 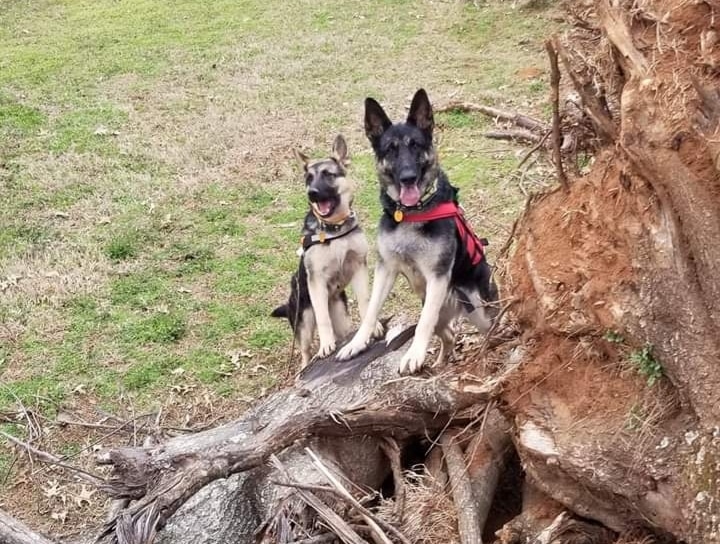 Some other searches that Kusse worked recently include a 20-year-old marathon runner and a 6-year-old child. The marathon runner went missing during a storm. He’d gone running in the evening and it had stormed all night,” Speegle said. “We tracked him 200 to 300 yards but Küsse lost his scent because of the rain. But she assisted law enforcement to go in the right direction to find him.” He was found sheltering in a nearby field house.

The 6-year-old child went missing during a search for graves at the Legrange Cemetery in Leighton, Alabama. Speegle and Kusse were working on the historical project, looking for graves dating back to the 1800’s, with a team of volunteers when one of the volunteer’s children went missing in the rough terrain.

“This little 6-year-old girl had wandered off 200 to 300 yards,” Speegle said. “Küsse found her at the back of the cemetery, at the wood line. It was a little scary for all of us.”

Speegle and Kusse love helping people. He said, “There was no happy ending in Tennessee, but finding the little girl was a good one,” he said. “Küsse is at the beginning of her career. I hope she serves her community well. If she wins in her overall category, I will be one proud daddy.”