We always want to share amazing stories about the selfless police and military dogs that protect and serve their handlers and us 365 days a year. All of them deserve special recognition and some stories we’re privileged to share.Finn the handsome German shepherd is a police dog that has been partnered with his handler for seven years. During that time, the two have grown very close and have gone on many calls in service to their community.

Finn is a very brave dog and trained to protect the life of his officer but of course, one can only hope that day will never come. But one fateful night in 2016 it did. When the officer was attacked by a man wielding a 10 inch knife, Finn bravely sprung in front of the officer and was brutally stabbed by the long blade.

Finn was left fighting for his life and the officer left hoping and praying that his faithful partner would survive. Finn was rush to the animal hospital where he underwent emergency surgery to try to save him. Fortunately, the team of veterinarians did save his life. The police department, the community, and especially his broken hearted officer were so grateful.

One might think that Finn’s special story ends with his recovery but that is not the case. Finn has gained recognition for another separate and unique skill. Finn can read minds! 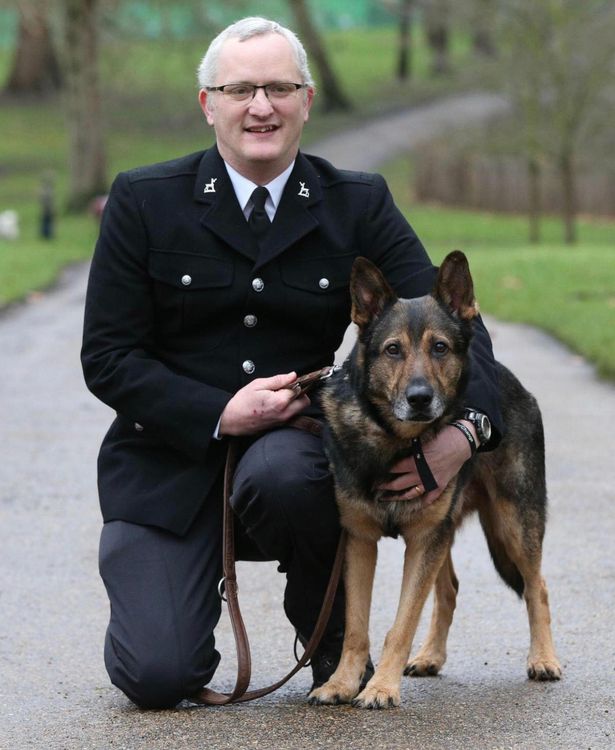 Finn auditioned for Britain’s Got Talent and not only brought the judges and audience to tears when they saw the pictures of his injuries and recovery, he mesmerized them with is keen ability to read minds. 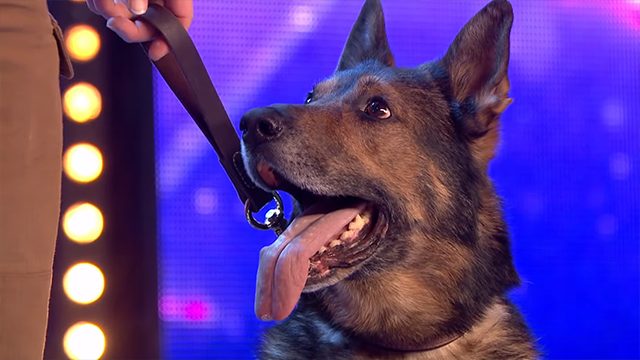 How does he do it? Is it magic? We don’t know but on the show he reads minds two times and it’s impossible to explain how. When you watch the video, you’ll see Simon is on his knees in front of Finn and he seems convinced that the dog knew the word he would choose to describe him.

It makes one wonder if Finn has other powers we’re unaware of. For instance, did he know he would risk his own life to save the life of his partner that fateful day in 2016? Dog Runs Half Marathon By Mistake After being Let Out To Potty, Finishes 7th Dog Had Spent His Entire Life At The Public Pound, But His Cry For Help Was Heard One Day