Marc manages a farm in the Blue Ridge Mountains of Virginia.He takes care of various animals but his favorites are Hamish and Kyloe — both Highland cows but of different breeds.The boys love their grooming and cuddling sessions with him every time!Marc Stewart runs a farm in the Blue Ridge Mountains of Virginia and takes care of all its animal residents. He also raises various livestock and other working animals. While he truly loves them all, two of them have completely stolen his heart: the Scottish Highland cows, Hamish and Kyloe.

Hamish is a 2,000-pound red behemoth with huge horns while Kyloe is a smaller black cow from a different Highland breed called Kyloes in Gaelic.Don’t let their massive size and huge horns fool you — they are incredibly gentle, sweet, and adorable!Apparently, their horns are not to be feared because they mostly just use them to scratch their itchy backs, or sometimes, for “knocking down brush to graze” and “predator control.”

Hamish was only 10-month-old when Marc first adopted him. The farmer learned quickly that the giant cow was actually affectionate. He loves being brushed and groomed every day. They soon became best friends! 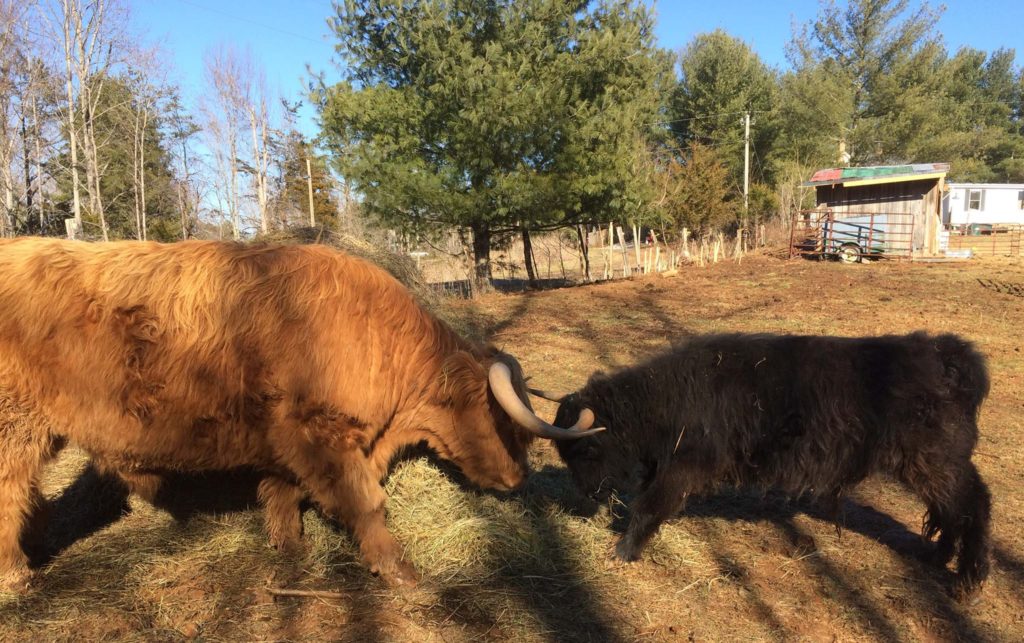 “Highlands have a long history of living with humans,” Marc explains Facebook. “Early Scots would sometimes keep the family cow(s) inside their homes during the winter. A woven wattle fence would separate the animal’s living areas from that of its owners, with both sharing the added warmth.” 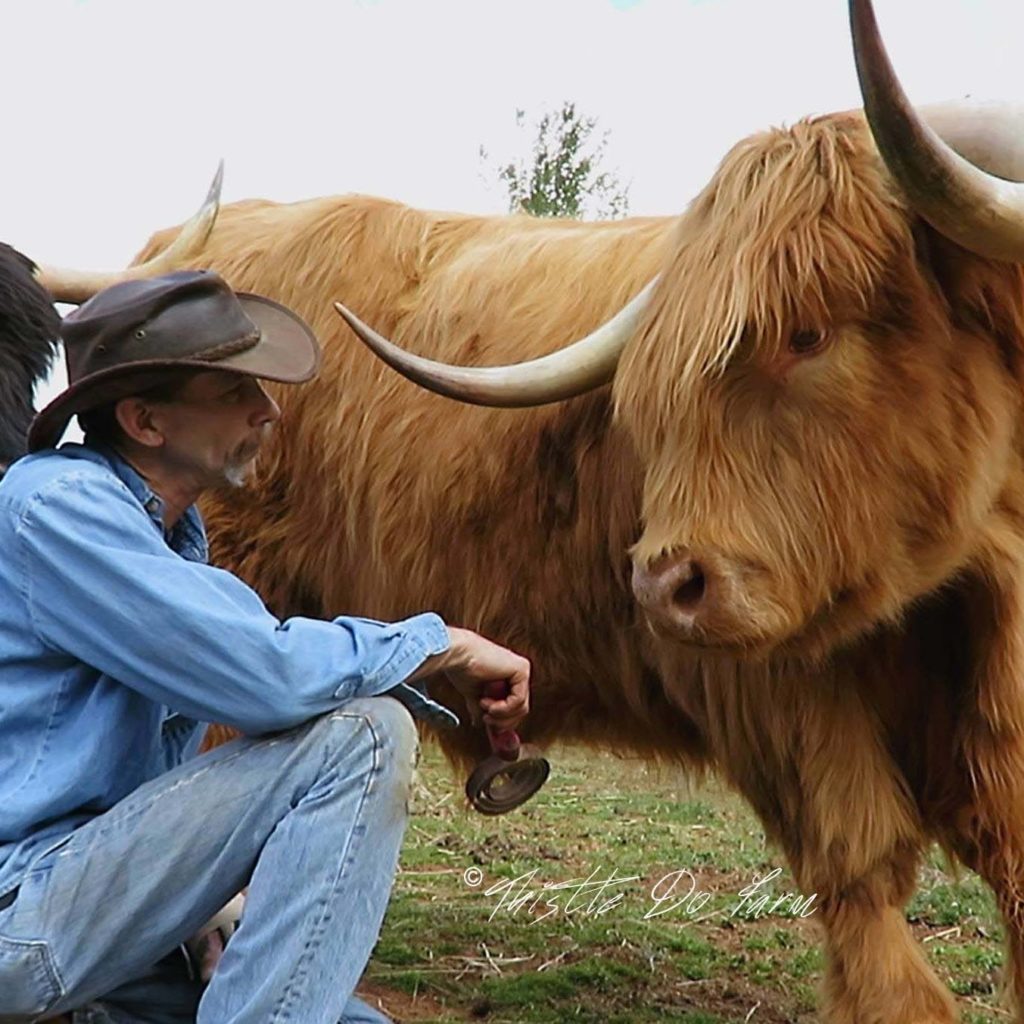 Then Kyloe came into their lives after a few years. At first, he was sickly and a little smaller for his type, so nobody wanted him. Marc took care of him and not long after, he showed his playful personality. But still, he too could not resist the grooming sessions and cuddling with his dad and his bovine sibling!

Marc has become so attached to them and spends a lot of time taking care of the boys. He also started his own nonprofit called Thistle Do Farm.

His goal is to transform his farm into a sanctuary for rescued farm animals — who are either sick, injured, or unwanted.

While COVID-19 has delayed his plans, he still welcomes donations for his cause. Soon enough, unloved animals will have a better chance at life and a brighter future in his place. 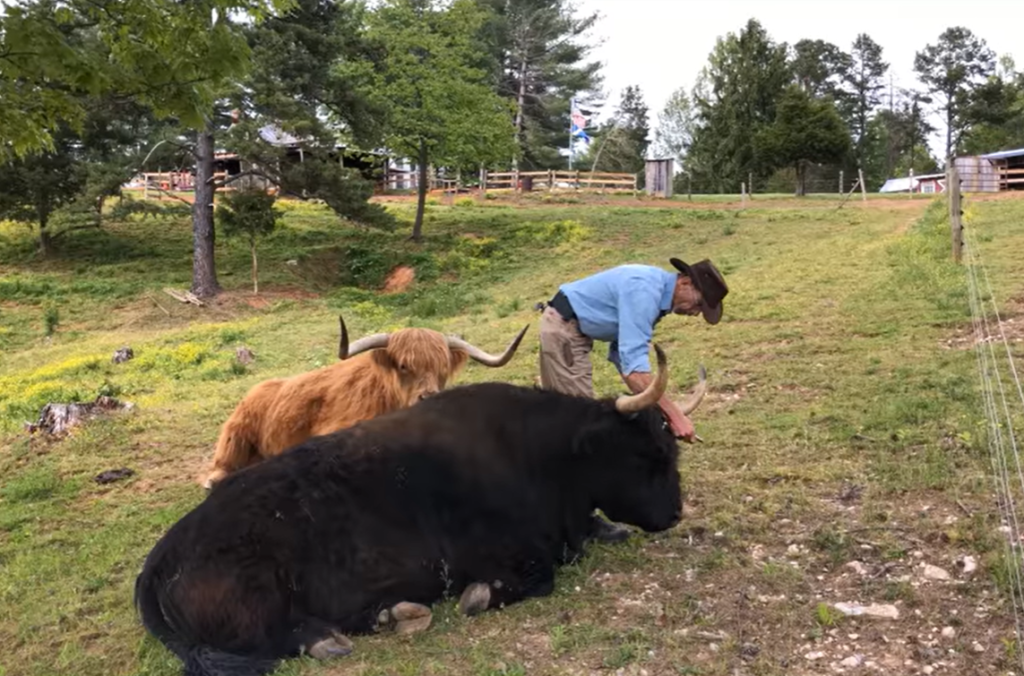