Dogs are loyal, loving and social creatures, they naturally enjoy being part of a pack.
Mako the pitbull is a great example of this as well as showing how dogs can adapt to any environment they need to, even though it may be pretty unusual.Bethany and Samatha Castiller rescued him from a shelter and brought him home to meet his new cat siblings.
Initially there was questions around whether they were going to get along.

“We initially kept the cats in a separate part of the house because we wanted to slowly introduce them to the new dog,” Bethany told Bored Panda. “He started jumping up on the small tables we had around the house and we thought he was just super excited and full of energy.”Thankfully, Mako was already familiar with being surrounded by cats and had already adapted to the environment, so much so that he thinks he’s one of them.

“When we went to the pet shelter, Mako had looked over his shoulder and gave us direct eye contact and we just fell in love with the little guy.” “At the time, he looked like a bobblehead because his head was so much larger than his body, we just thought he was adorable.” 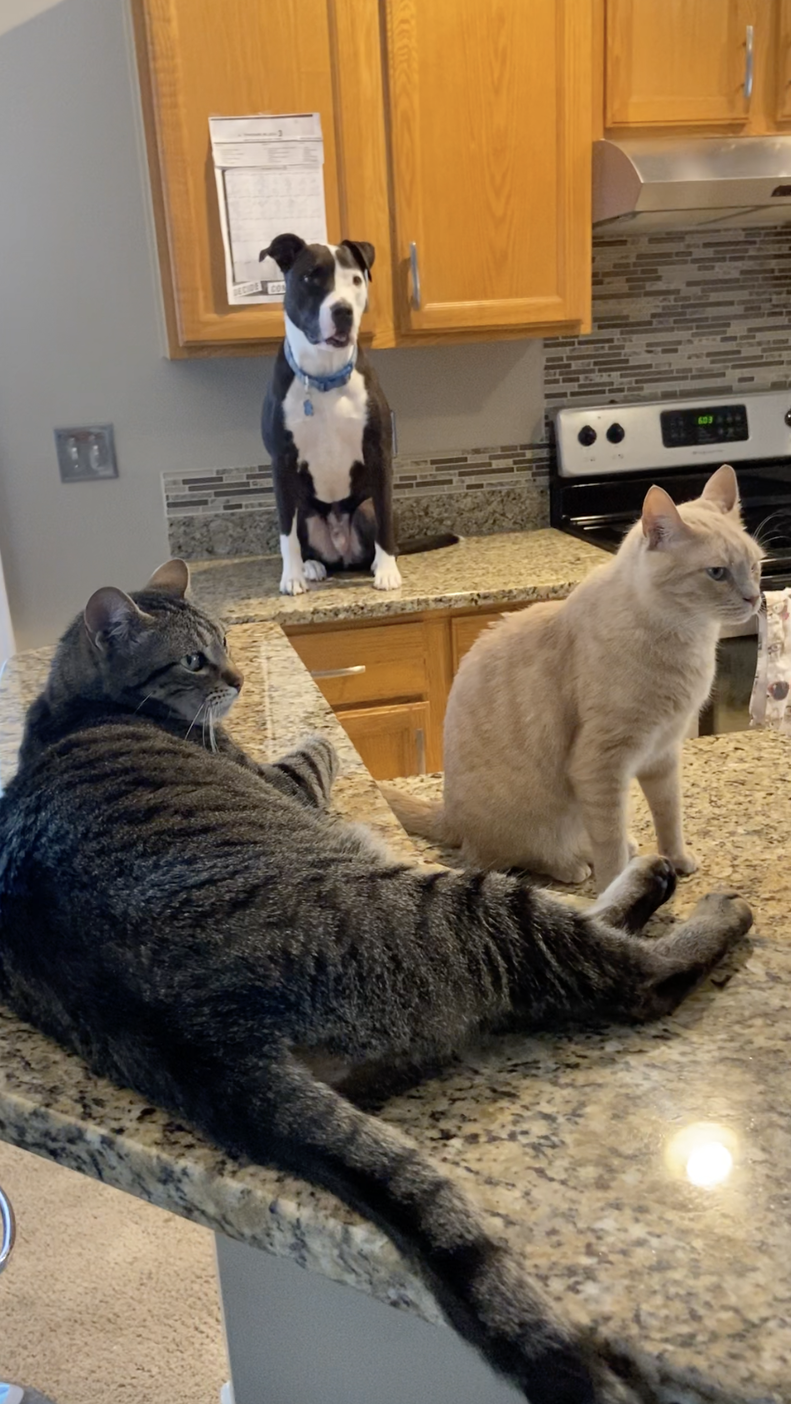 They didn’t notice that Mako acts like a cat until they introduced him to the cats. “They would be on the counters and he would jump up there with them. He just wanted to be around them all the time.” He showed elegant feline-like behaviors and would spend a lot of time on top of things like the fridge and the cupboard. Mom Asks Her Dog About His New Bed, And He Responds In Typical Husky Fashion Family Has Seven Rescue Dogs, And Each One Has Its Very Own Bed