Dogs are our loyal companions. They help us with lots of things. They are perfect stress busters. They are known to improve the well-being and mental health of their owners.People from all walks of life rely on them for comfort. Hollywood actors are not left behind if we talk about keeping pets. As they work in showbiz and are under a lot of stress, these pets provide them the perfect companionship.

One Hollywood superhero has confessed how the pet has made a huge difference in his life. He is the British actor Henry Cavill and he has played the famous superhero Superman in recent hit blockbusters from Man of Steel to Justice League. Apart from this, he also did Mission: Impossible- Fallout and Enola Holmes.But at times, even the superheroes need some help and Cavill is no different. He had opened up about the friend who has given him the most support and that is his dog named, Kal.

Cavill used to share the photos of his 8-year-old American Akita and his fans are familiar with the actor’s best friend. Last year, Cavill described the dog as ‘part dog, part bear, part pig, and all soul’ and he even called him an ‘absolute gem’. 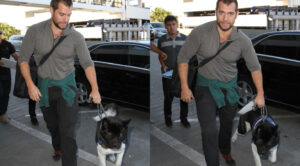 Cavill said that they were together since the dog was only 10 weeks old and they spend plenty of time together. He further said that he did not know who imitates whom.

In his recent appearance on the British morning talk show Lorraine, he brought his dog with him. In the show, Cavill opened up about how close he was to his pet. He said that he is his best friend and they go together everywhere. 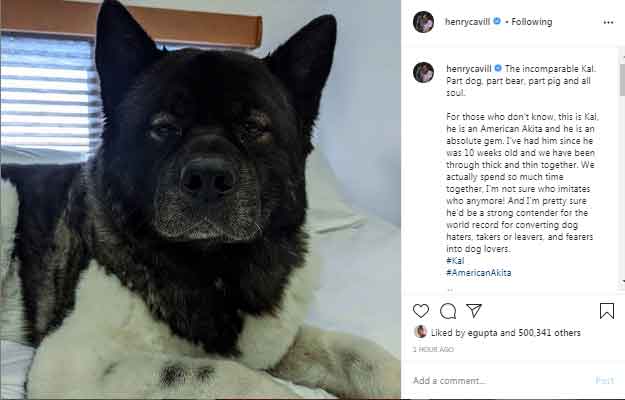 In the show itself, the actor admitted that the dog had helped him greatly with his mental health. He further said that they had a very close bond. He even kept the dog with him on the set of The Witcher and he was there on the set all the time.

Truly their bond is incredible and it is clear that the dog is always there to comfort him. We are glad that these two friends are together. 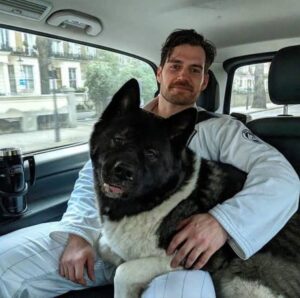