Francois and Roger are closer to their dogs than to anyone else in their lives. They are both homeless in South Africa, yet they still find ways to support their furry friends, sometimes even before they care for themselves. Their dogs are very lucky, and the men can’t imagine what life would be like without them.However, when the COVID-19 lockdown began, Francois and Roger were transported to temporary housing facilities.

Sadly, these buildings didn’t allow dogs. Both men struggled to figure out what to do with their dogs during the pandemic.Luckily, the Cape of Good Hope SPCA was aware of the homeless community’s concerns. They decided to offer temporary housing for their dogs during this lockdown time. Francois and Roger were grateful that their dogs would be in good hands, but they had no idea how they would get through the quarantine without them.

Dragon has been a loyal companion to Francois for many years. Through every challenge in life, the two remained side by side. Even though Francois has very little, he consistently does everything he can to make sure Dragon stays happy and healthy. 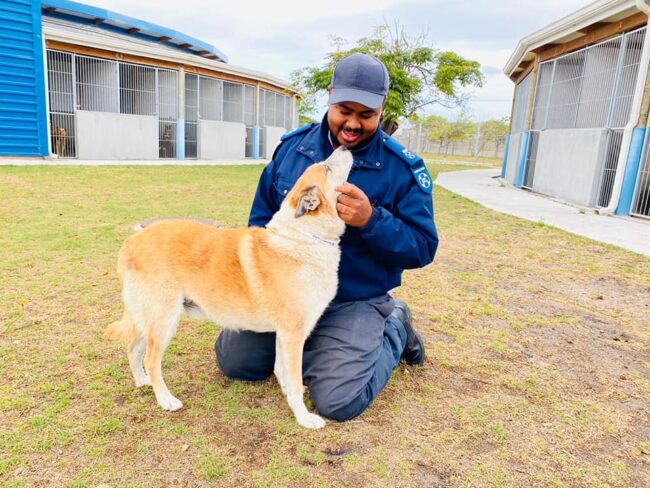 Separating during the lockdown was extremely difficult for both Dragon and Francois. Francois tried to put on a brave face for his dog, but he was secretly devastated to leave with an empty leash. He knew everything would be okay in the end, but it was still heartbreaking.

“We cried that day,” said Belinda Abraham with the SPCA. “It was so hard for these two to say goodbye and we couldn’t wait to witness their happy reunion.” 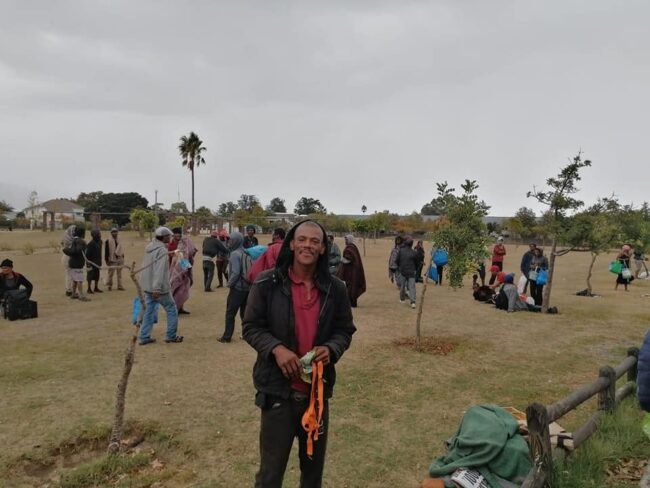 Luckily, that reunion came even sooner than they expected. After only a few days, Francois found it impossible to spend these confusing times without Dragon. So, he immediately searched for other accommodations that would allow Dragon to stay with him. Luckily, he was able to make something work.

After 12 days in the SPCA’s care, Dragon was reunited with Francois. Dragon ran right to his dad and demanded love and belly rubs right away. After all, they had a lot of valuable playtime to catch up on!

During the COVID-19 lockdown, Roger and Max found themselves in a similar situation. The SPCA already knew the pair very well because Roger had brought Max in for treatments before. Every time they saw Roger and Max together, it was clear that they adored each other.

“There’s no doubt that Max is well cared for and loved and that Roger takes care of all his needs,” said Abraham. “We could also safely say that Roger would happily go hungry if it meant that Max could eat.” 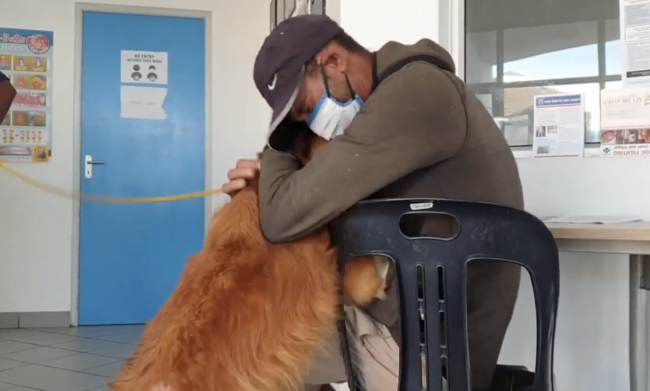 Roger also had an extremely difficult time without Max by his side. He found other accommodations to bring him and Max together again after an entire month. When they were finally reunited, it was a beautiful moment that the SPCA staff would never forget.

At first, Max didn’t seem to recognize his dad because Roger was wearing a mask. But then, when he heard Roger’s voice, he freaked out and jumped into his arms. The sweet dog soaked up all the love and cuddles that he had missed out on.

Both men were stuck in difficult situations during the coronavirus, but they never gave up on their dogs. The SPCA was so kind to care for Dragon and Max while their dads were away. Now, Roger and Francois will be sure to never let their beloved dogs leave their sides ever again.