Throughout history, dogs and cats have been portrayed as arch enemies but that is far from reality. Many dogs and cats have become best friends such as these super cute BFF’s from Lubbock, Texas.The friendship began when dog mom Christina decided to get a kitty. She had always wanted to raise a dog and a cat together so she took her adorable puppy, a Tamaskan husky named Raven, to a shelter in Lubbock to pick out a kitten.

She wanted Raven to choose the kitty because she wanted to be sure that the dog and the cat would get along. Once at the shelter Raven was surrounded by four cats but only one interacted with her. It was an adorable fluffy tabby kitten named Woodhouse.The kitten and puppy instantly bonded so Christina paid the adoption fee and the three of them went home together.

From that day forward, Raven and Woodhouse have been best buds. 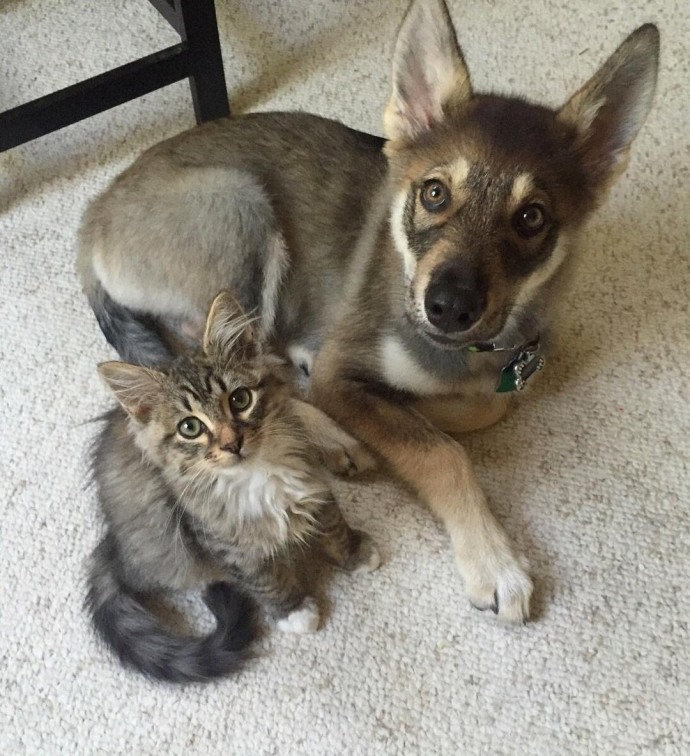 The fluffy pair get along great and do everything together. 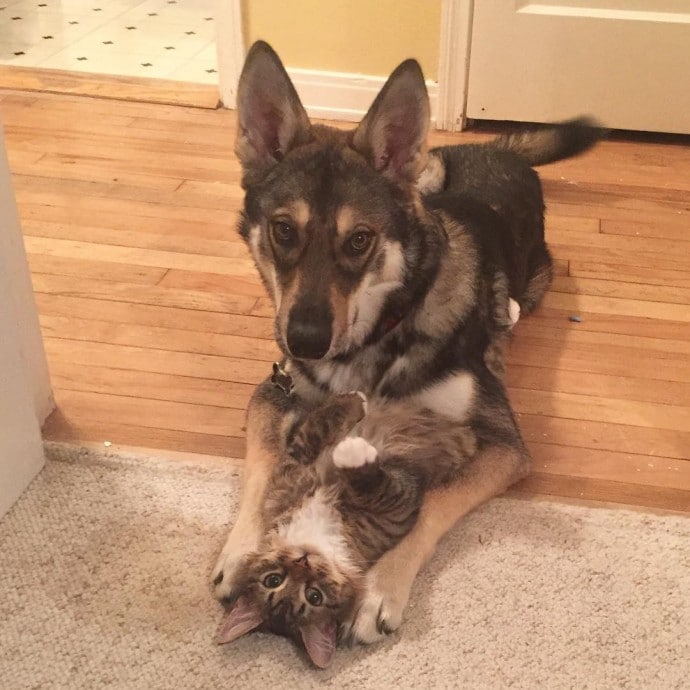 They eat, share food and toys, play, cuddle, and sleep together. They run around the house and wrestle, but Woodhouse is never scared of Raven because according to their mom, Woodhouse is fearless. 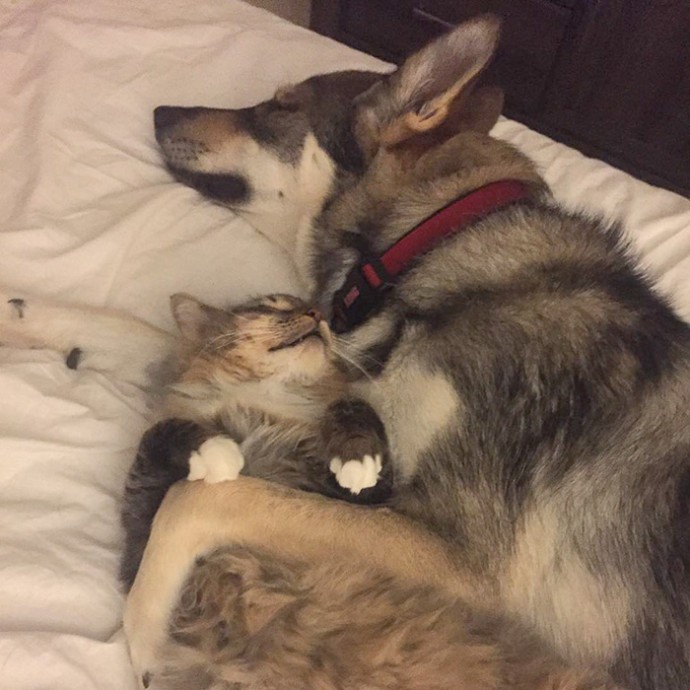 They are truly inseparable BFF’s and even go on car rides together! 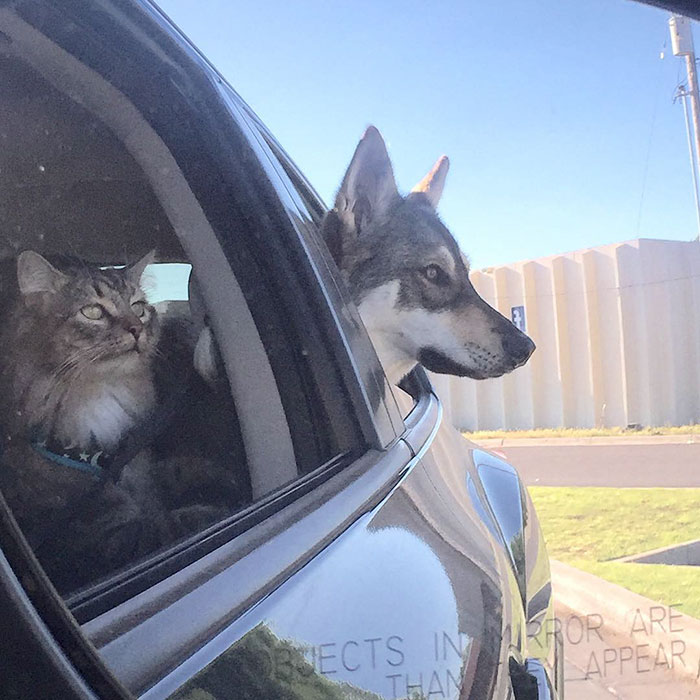 The two of them could not be any cuter and we think they even look alike. 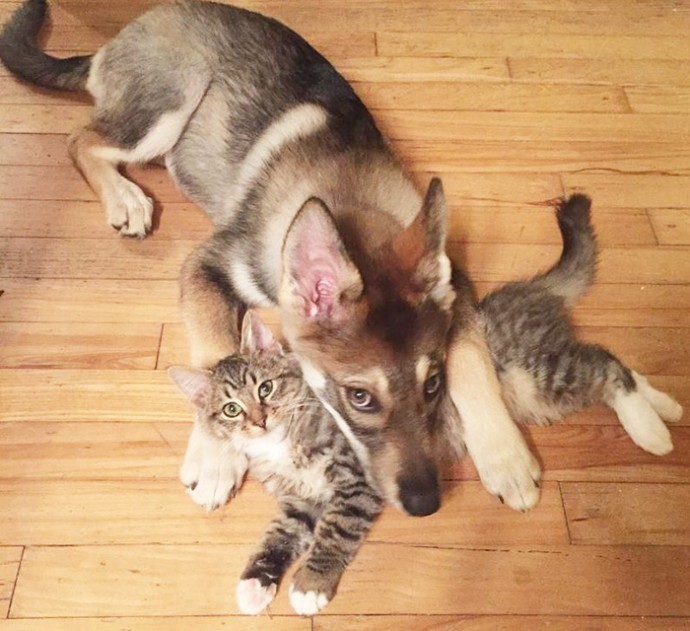 They have almost 100k fans watching them grow up together on their Instagram page, where you can follow them for more adorable pictures. 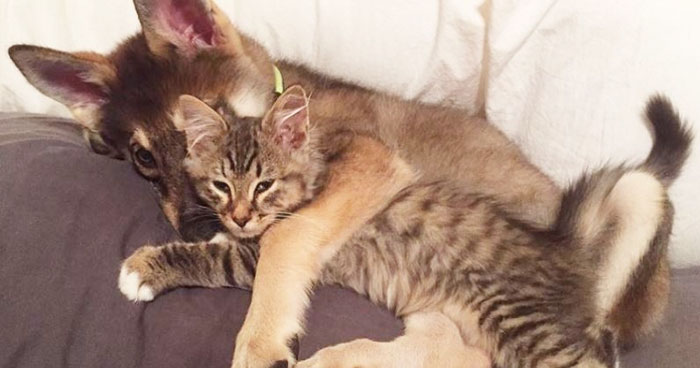