Hope For Paws received word that some children found puppies at a construction site and took them home to try and save them. What the kids didn’t realize was that mama was just away looking for food at the time. They tried bottle feeding the puppies for two days before doing the right thing and returning them. And that’s when the rescuers took over.

The rescuers set up a crate in the last spot mom had seen the puppies hoping she’d return to find them. And that she did. Mama was very protective, and who could blame her? Her babies had already disappeared once before, so she was very skeptical of the situation.Rescuers offered mama some food, but she was too anxious to be tempted by it.

They successfully leashed the dog and put her with her puppies. Reunited with her babies, she was finally calm enough to eat. Mama had been away looking for food and safety for her pups, and now she had both. 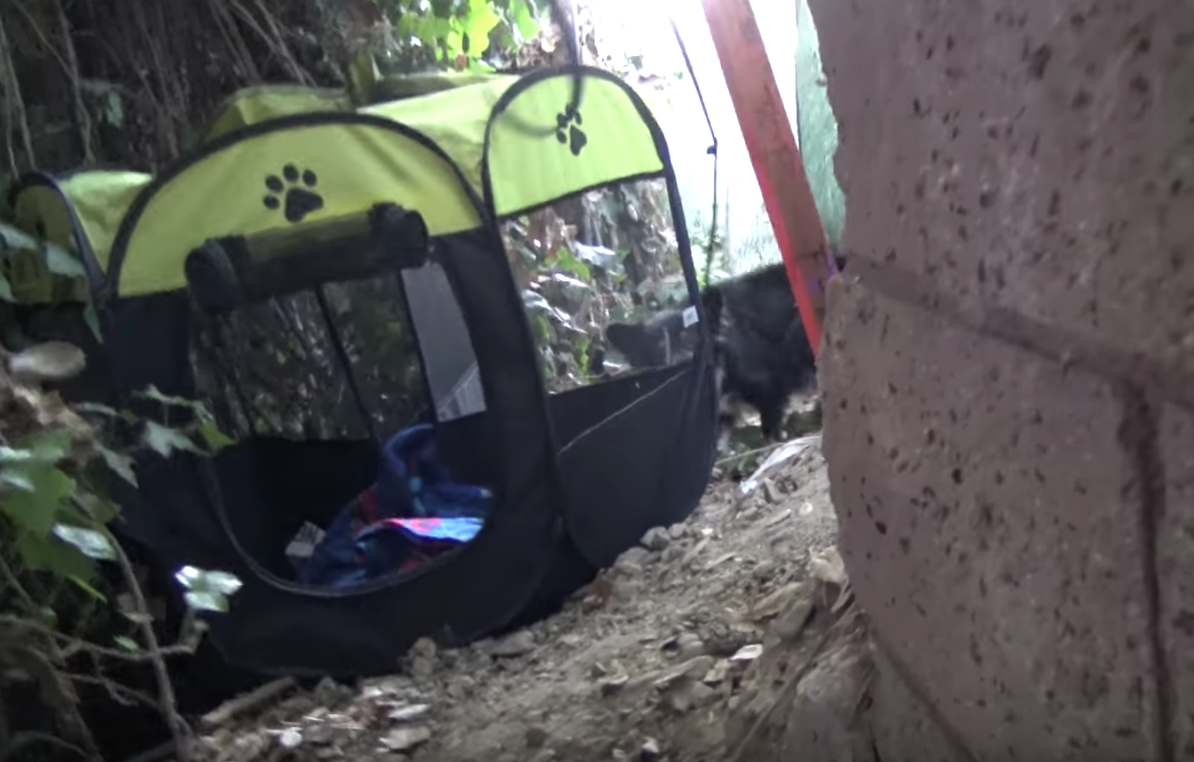 They arrived at the hospital for their very first checkup, and this is where the dogs received their names. The property where the family was rescued used to be a citrus grove, so they were named accordingly: Valencia, Bergamot, Ponderosa, Satsuma, Mandarin, Clementine, and Navalina for the mom. The whole family is happy and healthy! The only thing left is for them to find their forever homes, and you can help!