Lab owners will tell you, if there’s water nearby, their dogs will be in it. It’s nearly impossible to keep these four footed water lovers out of any pool, puddle, or pond they can find.You’d think that since they have webbed feet, they’d just dive right in, but even Labrador retriever puppies have to be introduced to the water for the first time.

They naturally paddle like most dogs do, but pups might be a little apprehensive when going for a swim for the first time.When this dad decided it was time for his six pups to learn to swim, he set the example by plunging into the pond and encouraging his cute little entourage to join him.

At first, the pups look a little apprehensive then a couple get their paws wet. One brave little pup paddles out to dad, so proud. Dad looks so happy but it’s obvious he’s watching his puppy very closely and gently steers the pup back toward land. 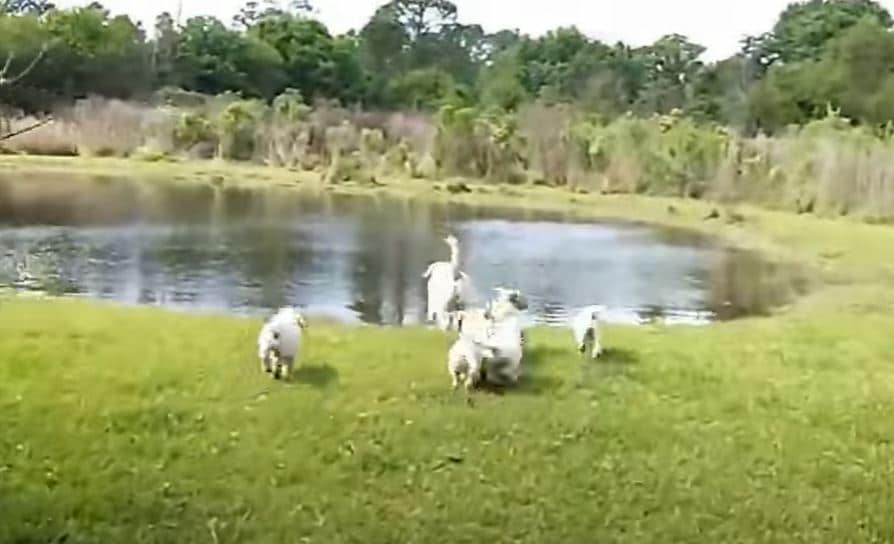 With the first swimming lesson over, the pack goes on to run and play in their garden wonderland. They are such lucky dogs to live in such a beautiful place. Dad is a great father because even on land, when a puppy gets behind, he makes sure the little explorer doesn’t get lost. 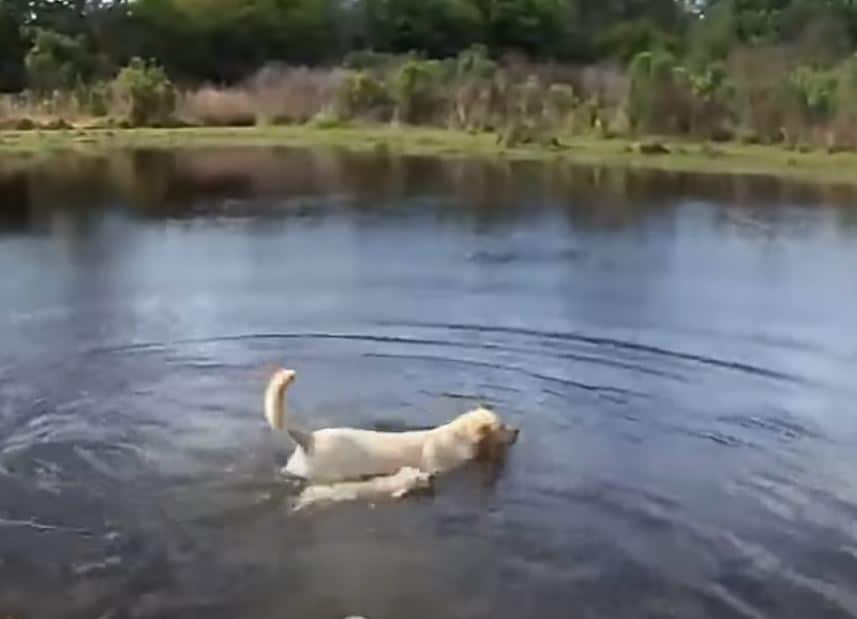 After their little land break, it’s back in the water and a few more pups join the swimming fun this time. They certainly are enjoying their adventure and could not be any cuter. 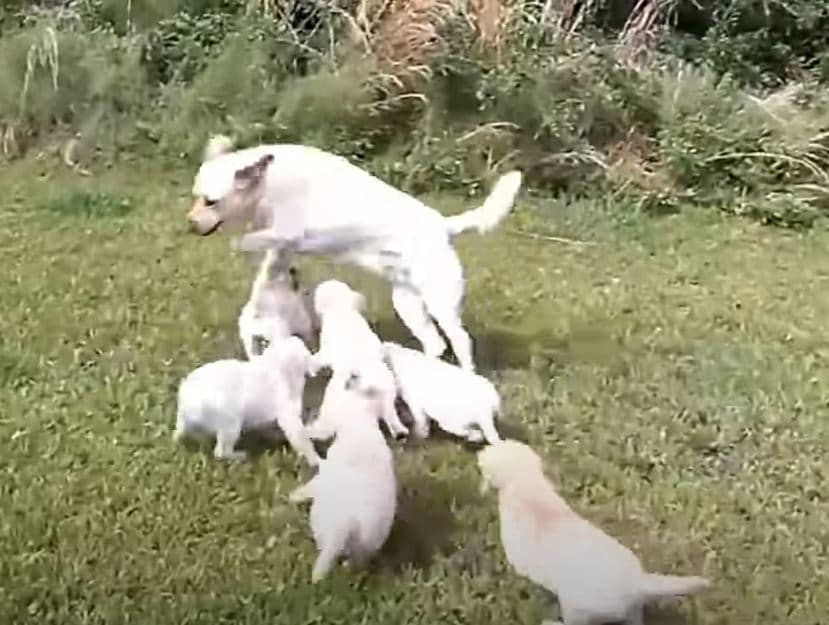 Soon enough, all the puppies are playing in the water and chasing after dad. They are having so much fun and it’s impossible not to want to join them. 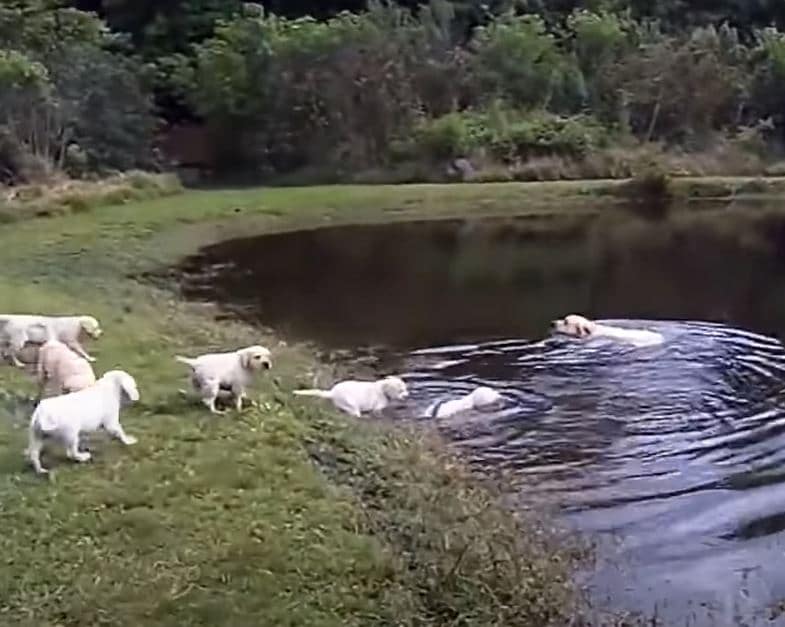 They are such a great time and soon enough they’ll be all grown up and swimming as good as their dad does.