Dominic Brown was on vacation with his parents in the Shenandoah National Park when he made a new friend that just happened to be an adorable baby deer.As Dominic’s family was packing up getting ready to return home to Northern Virginia, 4-year-old Dominic was playing outside in the woods. Hearing him wipe his boots on the porch, his mom peeked out to check on him.

What she saw next took her by surprise. Expecting Dominic to be alone and ready to come inside, instead he was standing on the porch with a baby deer, just as though it was the most natural thing in the world!“On one of my trips, I remember I went back into the kitchen, and I was getting something out of the refrigerator, and I peep my head around because I heard him kind of wiping his little boots on the mat,” she said.

“I was like ‘OK, he’s getting ready to come in.’ So I turn my head and there it is. It’s like a little baby deer and him. Like, it wasn’t anything strange for him. It was really weird.” 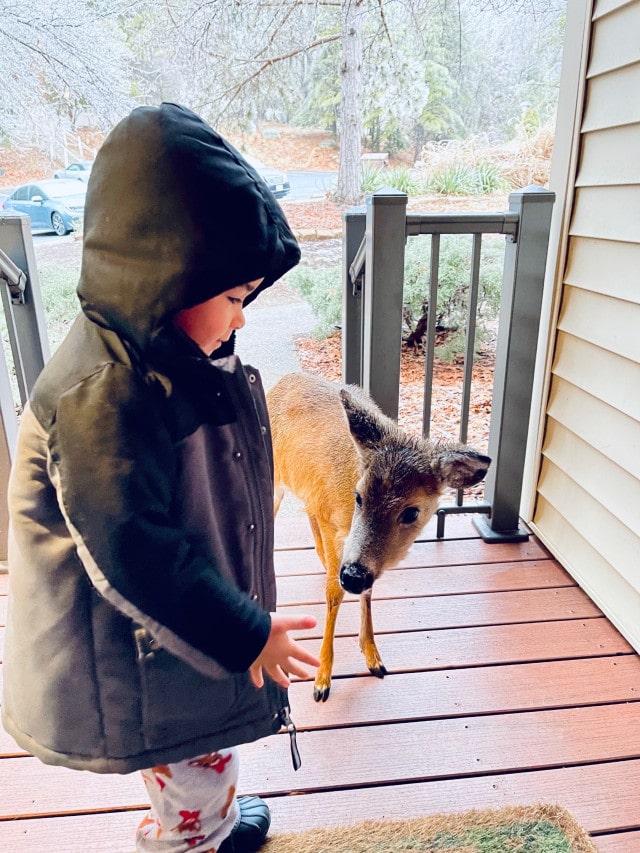 Dominic said he was planning to go inside and to get some cereal to feed his deer friend that he named Flash. He told his mom the deer was alone. Apparently the little deer thought Dominic looked friendly enough and followed him back to the cabin.

Mom quickly grabbed her camera and took a picture of the deer and her son standing on the porch and shared it on Facebook. Of course, the sweet image of the two friends quickly went viral. 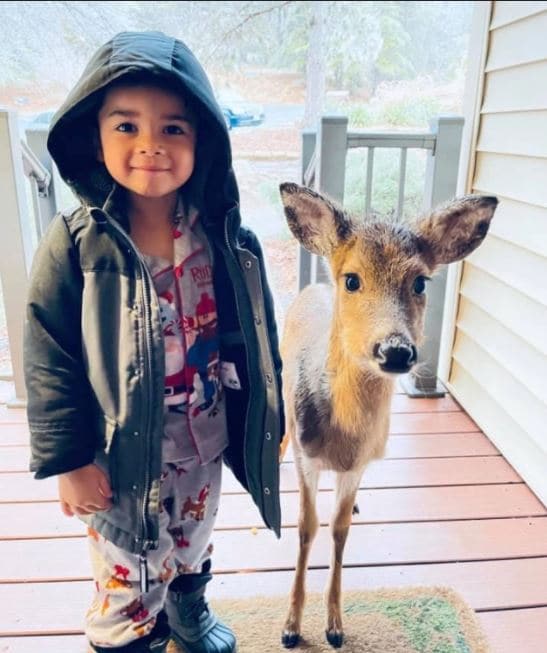 After taking the picture, Dominic’s mom told her son to return the cute deer to the woods where he found it. He walked back and his new friend happily followed before disappearing into the trees.

The adorable friend was gone but left Dominic with a story to tell and the pictures to prove it. His mom was left amazed by the unusual encounter.