“They are both happier and more outgoing when together”Most people seem to believe that cats and dogs are mortal enemies, that they cant be friends and should be kept seperate at all costs.Morticia (cat) and Gomez (dog) are proof this isn’t true, they even managed to convince an entire stadium of people otherwise, in just one day.

It all started when a Good Samaritan spotted a small dog (Gomez) and a little black kitten (Morticia) huddled together between two portable toilets at Hampton Soccer Park, in Hampton, Virginia.The Good Samaritan decided to bring attention to the unusual pair by posting their whereabouts on the private social network ‘Nextdoor’. This caused some animal lovers to rush to the soccer complex, and sure enough, found the bonded pair in the grass, frozen in place.

Gomez who is a 2-year-old Chihuahua insisted on protecting the tiny kitten at any cost.
So this made getting the two to safety a bot more difficult than first anticipated.

“Totally bonded … dog is growling if we get too close so we have notified animal control and are waiting for them,” a Good Samaritan wrote in a social media post. “Three of us are monitoring them right now.” 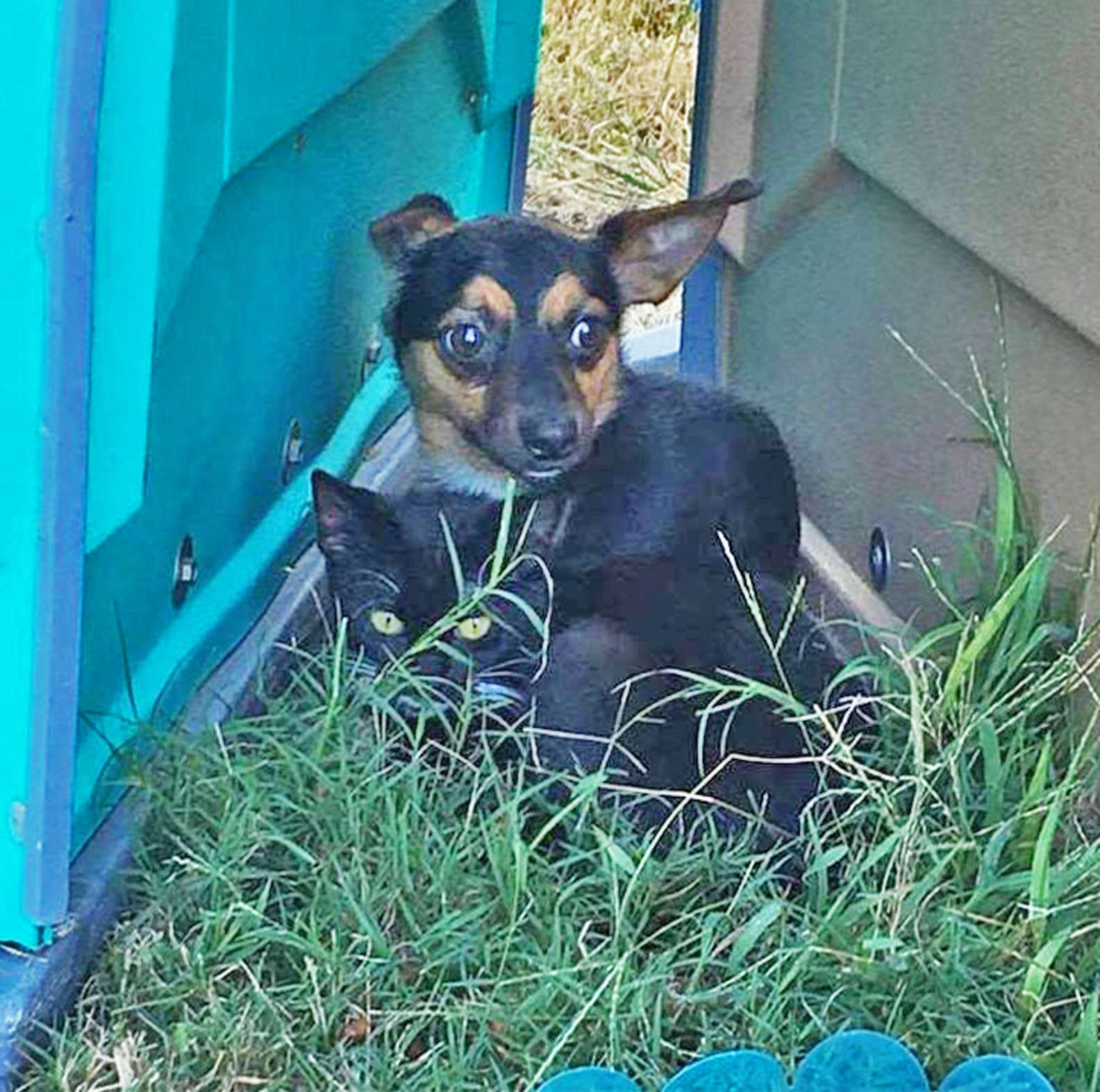 Eventually, the two were brought to a local shelter so they can wait for their owner to come forward. A photo of the pair was shared on the Facebook group Lost & Found Pets of Hampton Roads, VA, where the post made Turkan Ertugrul, director of Saver of Souls Pet Rescue, stop everything she was doing.

“They looked so scared in the picture it made us take notice,” said Ertugrul. “We tend to favor the scared ones because they just don’t understand when you are trying to help.”

Ertugrul couldn’t get the bonded animals out of her mind, especially since she knew they would most likely be kept apart at the shelter.

“At most shelters, it’s against policy to put dogs and cats together for safety’s sake and we knew they would be separated,” Ertugrul said. “Their plight was keeping us up at night worrying about how they were doing apart from each other.”

She knew psychological health is important in this particular situation since the animals seem to have bonded. What’s worse, she knew the shelter wouldn’t be able to ensure that the 10-month-old kitten and her protective pup would go to the same home. 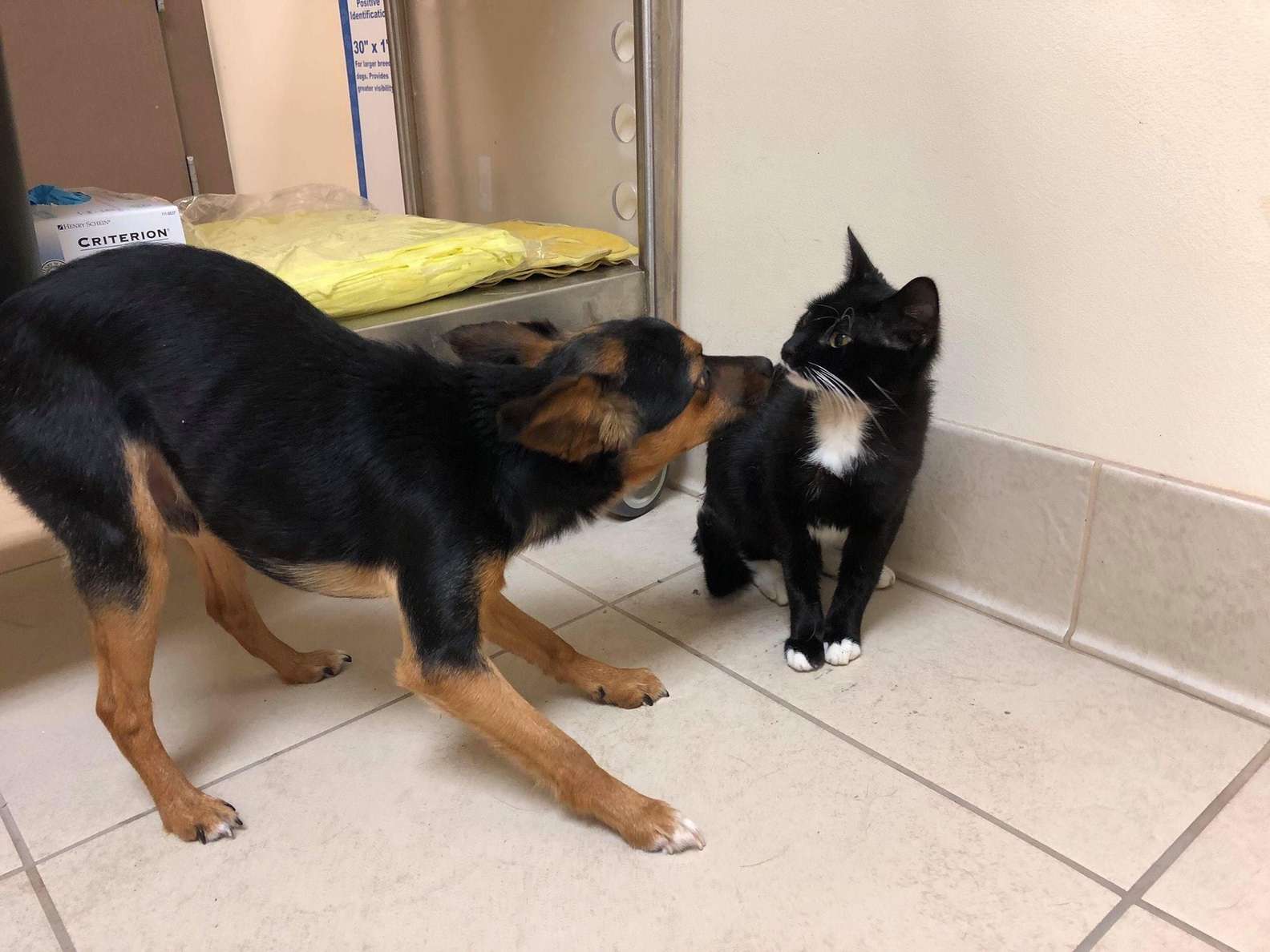 Etugrul decided to make room for the pair as soon as they could be released and find them a home together. Luckily for the cute bonded pair, the shelter workers didn’t want to separate the pair either, and organized playdates for the interspecies couple in a meeting room where they were always happy to see each other. 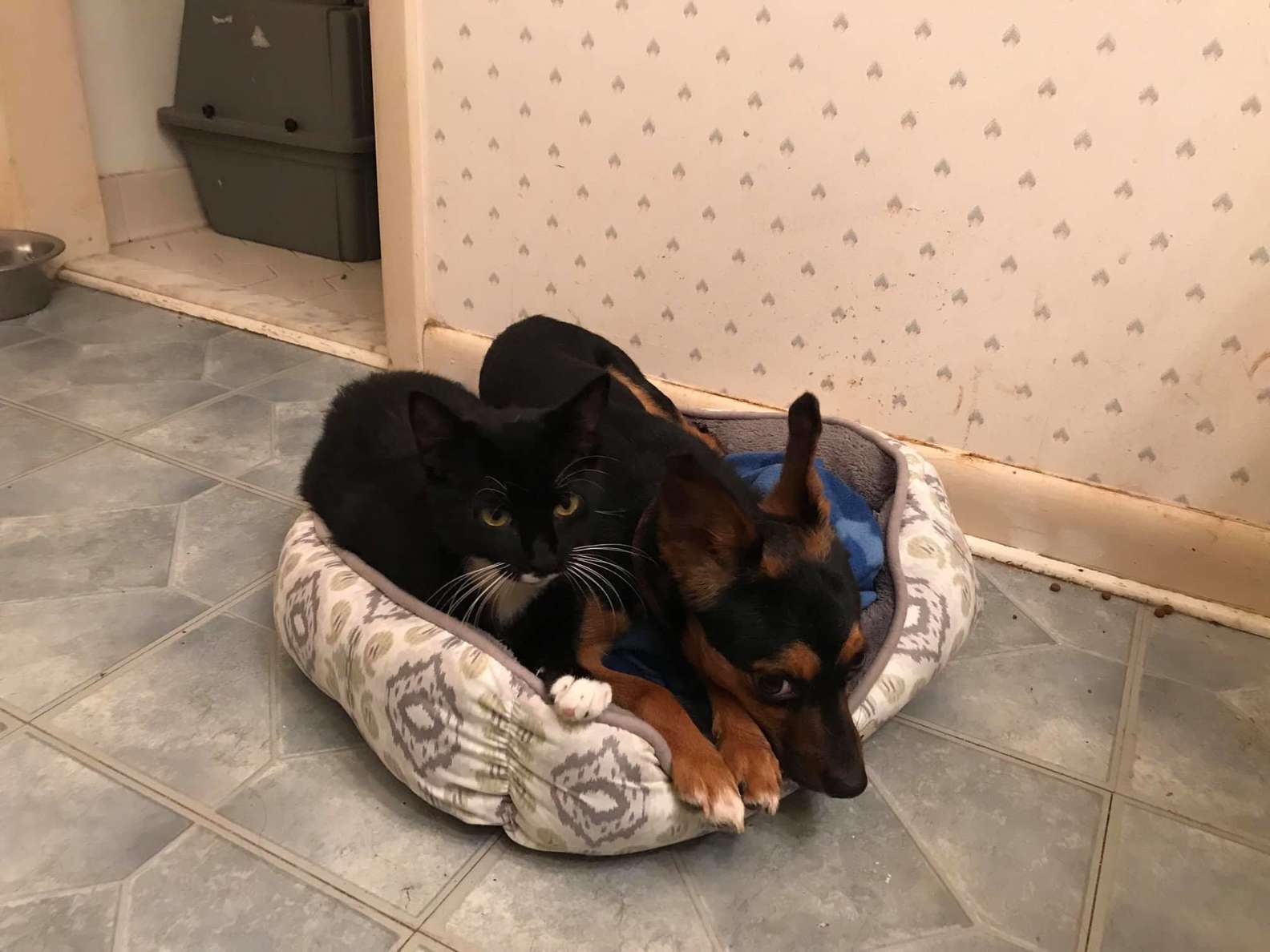 Now happily living together in a foster home, it’s clear just how deep the animals’ bond goes. “[Gomez] ran up to the foster’s black cats initially, thinking one was Morticia and you could see his disappointment when he realized it wasn’t her,” Ertugrul said.

While the two are sweet and loving toward people, their bubbly personalities shine through when they’re finally together. “Gomez is shy around people when he first meets them, but warms up quickly. He really opens up when Morticia is around,” Ertugrul added. “They are both happier and more outgoing when together than when they meet people individually.” 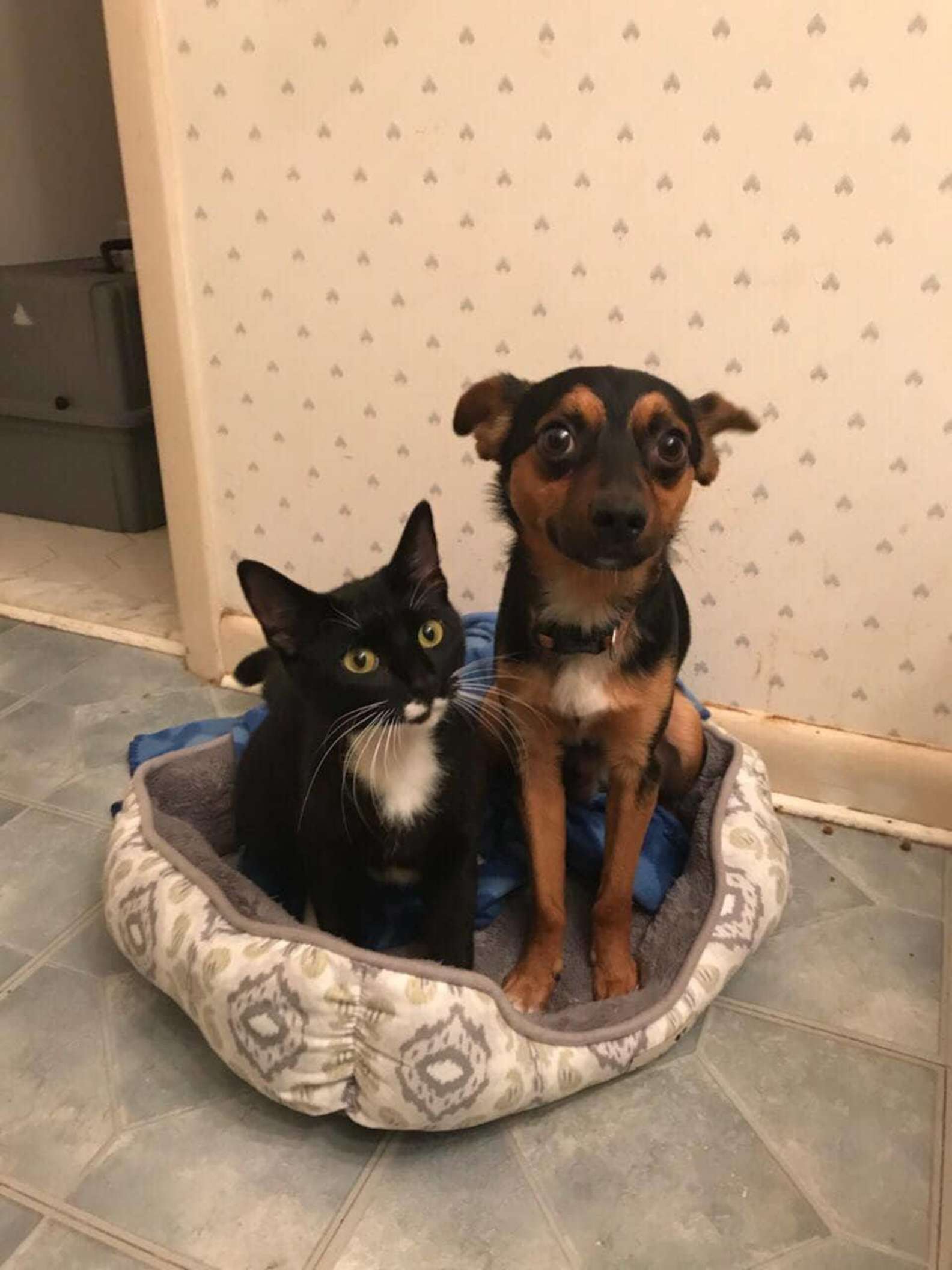 Once the two have been spayed and neutered, they will start the search for a home that will keep them together forever. And it’s clear nothing in this world would make them happier.

If you live in the Hampton Roads, Virginia, area and are interested in adopting the bonded pair, you can contact Saver of Souls Pet Rescue.