Friendship is a very important aspect of life! Whether you are a human or an animal, it doesn’t matter. All we know though is that one thing is for sure: Sometimes you just have to go to extreme lengths for your best friend.Messy is a yellow Labrador and anyone would agree that she is pretty much the best friend ever.

She’s a great friend to her Thai owner, Oranit Kittragul, but it doesn’t stop there. She also happens to be a great friend to one other dog in particular who is named Audi.Audi was a lonely pup at the time, about three years ago. Audi’s owner was away at work for long portions of the day, which often left the dog feeling lonesome and anxious. You can’t blame Audi, as dogs tend to be pretty affectionate creatures who love to give and receive love.

“When [Audi] feels lonely and cries, I always ask my dog to see and talk to him,” Messy’s owner, Oranit, told. “My dog just looks from my fence and sometime he barks to [Audi]. I don’t know what they are communicating, but he stops crying.” 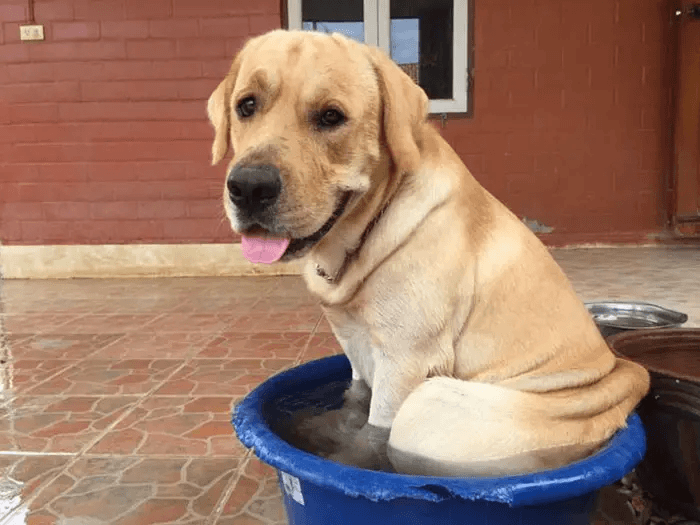 One day, Audi’s mama forgot to latch the gate. Now, usually that would be any pet owner’s nightmare… But you can probably take a good guess at where Audi ended up running to.
Audi obviously ran all the way to his best friend, Messy! He could not take it anymore and after a long while of long distance friendship, Audi finally decided to take the opportunity to take the plunge.

He was not trying to run away — he simply wanted to give his best friend a hug. After Messy had been helping him for so long, he obviously had to show love! 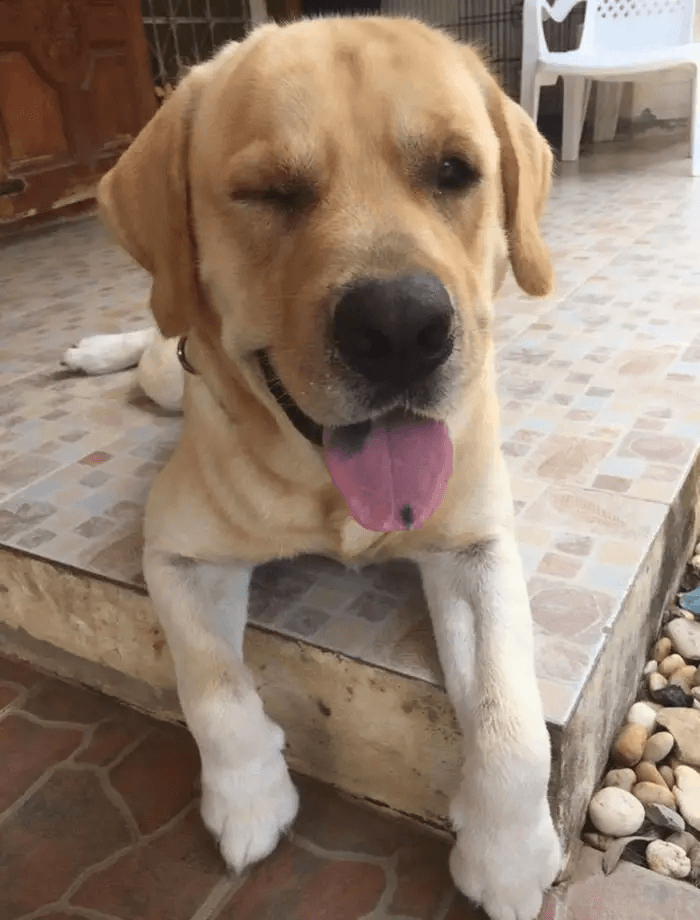 Luckily, Ornait was able to capture the moment with a photo and it really did look so sweet.

“He ran to my dog and they hugged each other,” she said.

After Ornait shared the photo to her Facebook page, it went viral. It was just too sweet — the whole world could feel how strong their friendship was.

In the photos, you can see the dog quite literally standing up on his two hind legs as he peers over the gate to hug Messy, who is also standing up on two legs. My, my, what dogs are capable of when they are filled with love!

They almost look like two little humans as they share the embrace. And it is so obviously, that they had built up such a deep connection just by living next door to each other from afar.

Audi is even resting his chin up on Messy’s head, which is just about the cutest thing we have ever seen.

After the two shared such a beautiful moment, their two owners agreed that it was important for the pups to see each other more often. So after that, they began to arrange some play dates for the two of them.

This is undoubtedly the sweetest thing we have ever seen. We understand why it went viral, because this is the type of kindness we all need to be seeing in our daily lives!