When dogs are found to be abandoned, rescuers often have to rely on pure guesswork to piece together the story of how they ended up on the streets. The difficult thing about being unaware of what an animal has been through is that staff often won’t know how they will react in the shelter until they get there- and if the animal is distressed, it can often take some time to figure out why.

So when a stray dog was found wandering the streets of LA, rescuers who took him in were heartbroken to find that he was of a very nervous disposition. In fact, the poor dog was so scared that he cowered in the corner of his kennel whenever anybody tried to pet him.

Staff feared that the nervous pup would forever be lonely – until they had the idea of introducing him to a new doggy friend – and the pair ended up getting on perfectly! In fact, some would even say that they’re soulmates. 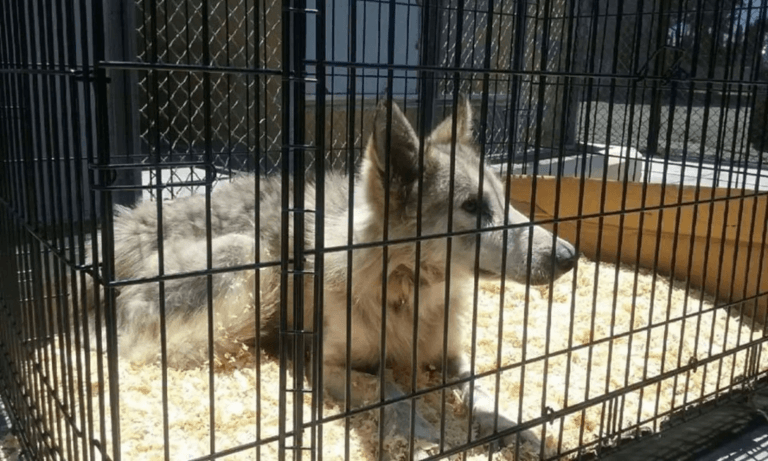 When Castiel the stray dog was found, he was in a bad way. He had clearly been alone for quite some time, and he was skinny, weak, and riddled with parasites. Rescuers also made a surprising discovery- Castiel was actually a wolf-dog hybrid, meaning that he was part wolf, part dog. This would make it very difficult to get into a shelter, many of whom only accepted dogs.

Thankfully, Colorado’s W.O.L.F. Sanctuary, which rescues wolves and wolf dogs, offered to take in the 1-year-old pup. At first, Castiel was taken to an infirmary where he could rest and get settled before being taken to the shelter. He was so nervous that he was often seen cowering in corners, and he tried to stay as far away from the nurses as possible.

Thankfully, Colorado’s W.O.L.F. Sanctuary, which rescues wolves and wolf dogs, offered to take in the 1-year-old pup. At first, Castiel was taken to an infirmary where he could rest and get settled before being taken to the shelter. He was so nervous that he was often seen cowering in corners, and he tried to stay as far away from the nurses as possible.

The answer came to the shelter workers almost immediately.
Castiel was clearly lonely – and if he was becoming interested in other dogs, then the best option was to try and find him a canine companion. Without further ado, W.O.L.F. reached out to a number of sanctuaries that care for wolves and wolf dogs to see if there were any who would be interested in a new friend- as well as a new home. 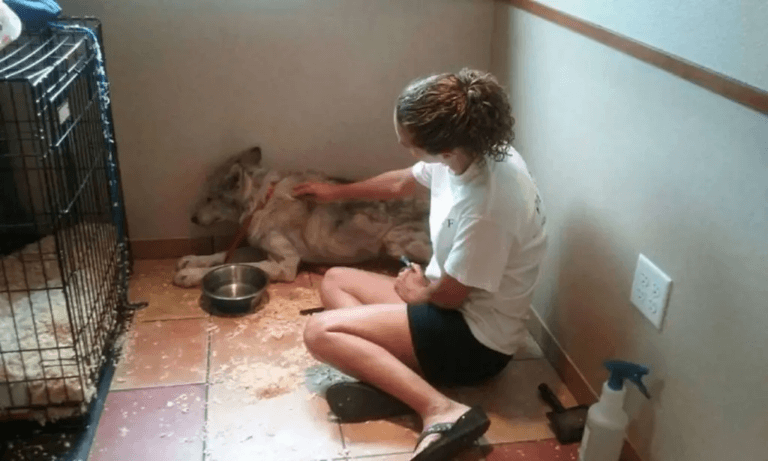 “We got a hit almost immediately,” Michelle said. “This is an indicative of the problem that’s out there, that there’s so many of them in need of homes.”

3-year-old Tenali was from the Gray Wolf Wolfdog Rescue, and she sounded like the perfect match for Castiel.

“They said she was really sweet and that there isn’t an animal she doesn’t get along with,” Michelle said. “We thought that would be great for Cas, who needs that friendship. We didn’t want to have him, while he’s not feeling well, feel like he has to defend or protect himself from an animal that isn’t quite a good match.” 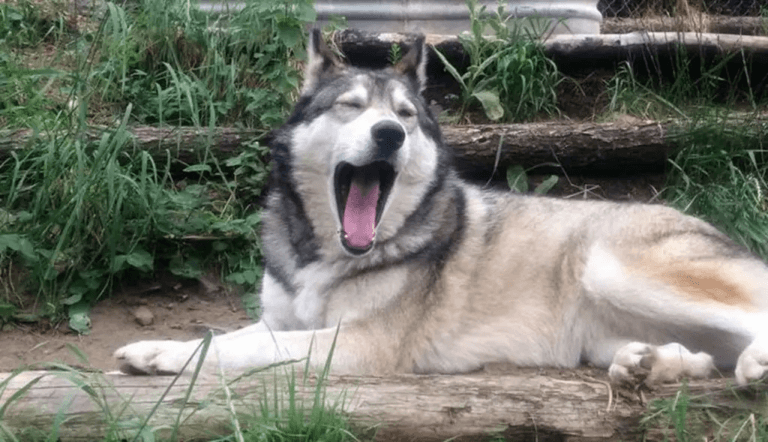 So with that being said, shelter workers made the trip to collect Tenali, and before long, a meeting between the pair was arranged. Tenali was an excitable ball of energy while Castiel was quieter and reserved. But together, they were perfect for each other.

“When we first put them in together, she (Tenali) just wanted to play and Castiel was just a little bit overwhelmed with the attention,” Michelle said. “He went from not having much and being alone for who knows how long to having this girl.”

Tenali was more than understanding of her new friend’s nerves, and she would understand if he was ever acting defensive that she needed to give him space.

“After a couple of days, he started to realize that she wasn’t going to hurt him,” Michelle said. “He started to feel more confident in himself and we’ve been seeing progressively, within the last week or two, that their playing together has become more frequent and more involved.” 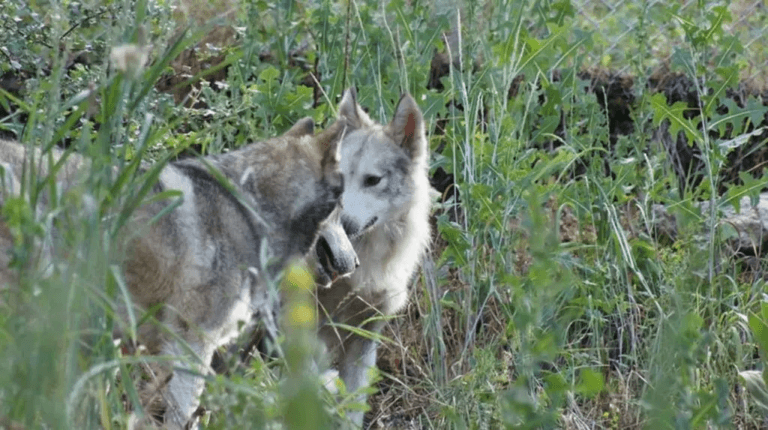 The two are now becoming closer and closer every day, and finally, Castiel is lonely no more.