Special friends come in all shapes and sizes but inter-species relationships are a joy to behold. Such as this unlikely pair that live in a 25 person town located in Strout, Minnesota with their owners, The Riley’s.After Max the malamute lost his husky friend, Sasha, he became lonely. However, soon after, the Riley’s brought some newborn ducklings home and things started to look up for Max.

Through a cage, Max was introduced to the duckling named Quackers, who had lost some friends of his own. Max began sitting next to Quacker’s pen and a special bond was soon created.After a while the Riley’s let the pair meet snout-to-beak and they have not left each other’s side.

They can be seen sitting in a patch of grass along a country road, seemingly greeting passersby. Visiting the local park, and following each other around their house. They sleep together at night and greet each morning together. 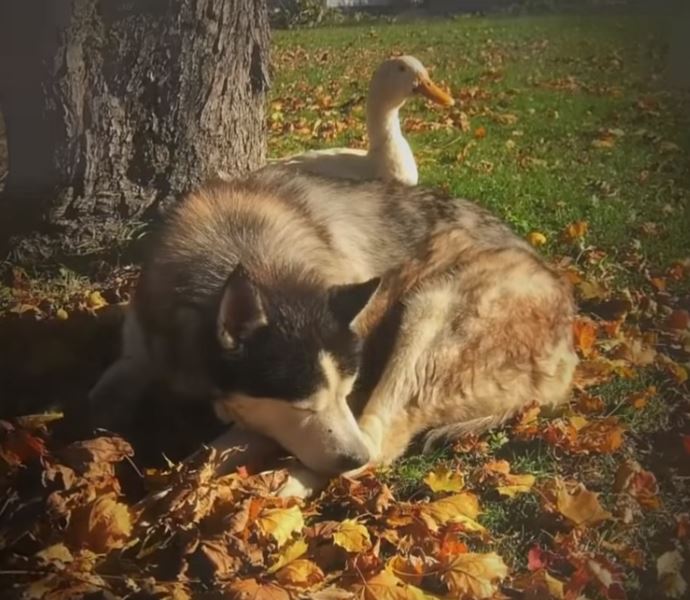 Max and Quackers bring smiles to the faces of many people and to their tiny community, who look forward to catching a glimpse of them or taking their picture.