Hope For Paws received a call about a stray mama and her puppies living in a junkyard, so they set out to locate them. Lisa Arturo and JoAnn Wiltz arrived and learned that a Good Samaritan had been feeding the mother for over a year and that she’d given birth to nine puppies. The workers had given all of the puppies away but two.

When the mama realized rescuers were showing up to save them, she couldn’t hide her excitement. She wagged her tail and approached as if to say thank you. And of course she wanted some food! Her one puppy was by her side, so they would have to go looking for the second.They searched around the property after loading up the two dogs and discovered something heartbreaking—the other puppy had died.

Since deceased animals carry bacterial infections contagious to humans and other animals, they called animal services to properly remove the puppy and have it cremated. 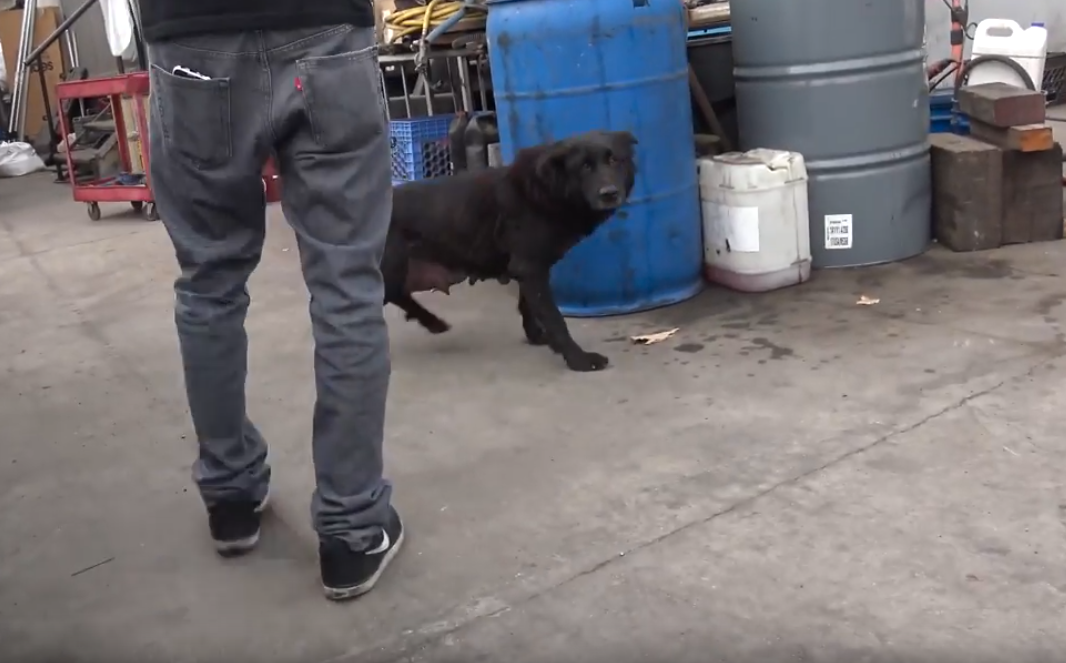 On their way to the vet, they got another call about a stray dog nearby. 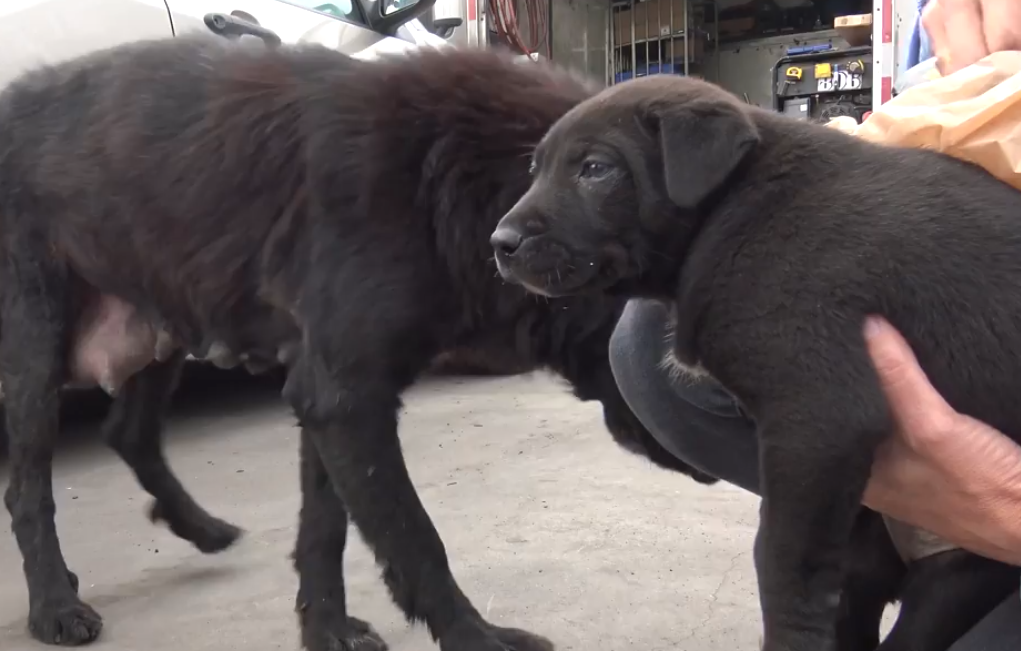 Rescuers set a trap with food inside because of the large open space and waited. Before long, he was captured and loaded up with the others. They named him Bingo, the mama Vegas, and the puppy Moondusk! They cleaned all three dogs up and sent Vegas and Moondusk to LA Animal Rescue to be fostered and Bingo to Smooch Pooch Rescue where they found him the perfect family! 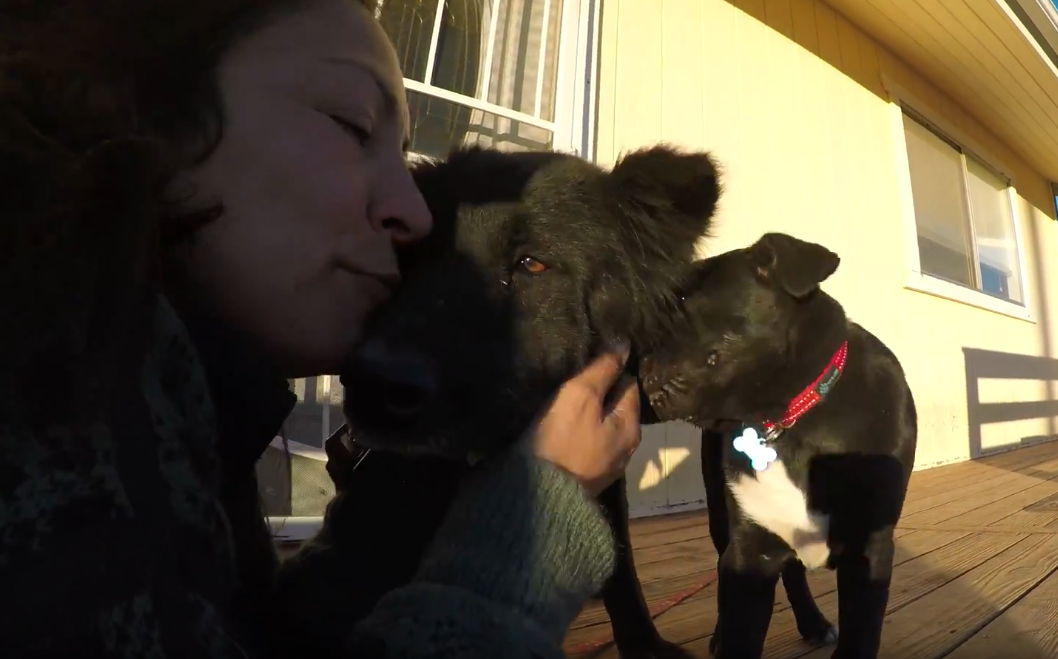 After Moondusk was adopted, only Vegas is left needing a forever home.