With all that is happening in the world today, almost everyone could use a hug. That is exactly what some people get when they reached down to pet an adorable golden retriever named Louboutina, or Loubie for short.Loubie lives in the Chelsea neighborhood in New York City, an area located on the Westside of Manhattan that is known for its art, historic districts, restaurants, and diverse population.

She is owned by Cesar Fernandez-Chavez, who loves to take her on two-hour walks around the neighborhood every day. The affectionate hugging pup has turned into a local celebrity and now has over 58k followers on her Instagram.Locals and strangers alike, come forward to get hugged by Loubie, sometimes more than once. The adorable pup even has her regulars. According to Cesar-Fernandez.

“It’s just not a regular walk,” Fernandez-Chavez told The Dodo. “It’s a walk with hugging.” 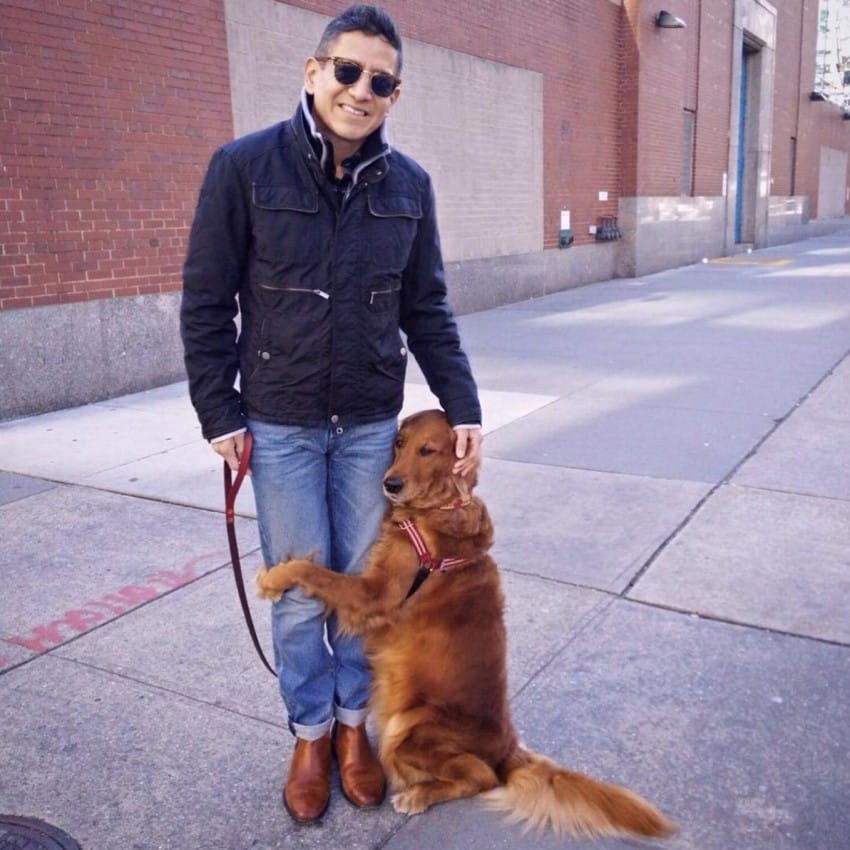 Fermanadez-Chavez also says that Loubie not only gives hugs, she knows just what people need in order to make their day better and we believe it. Just one look at her Instagram and its obvious she’s spreading happiness every day. 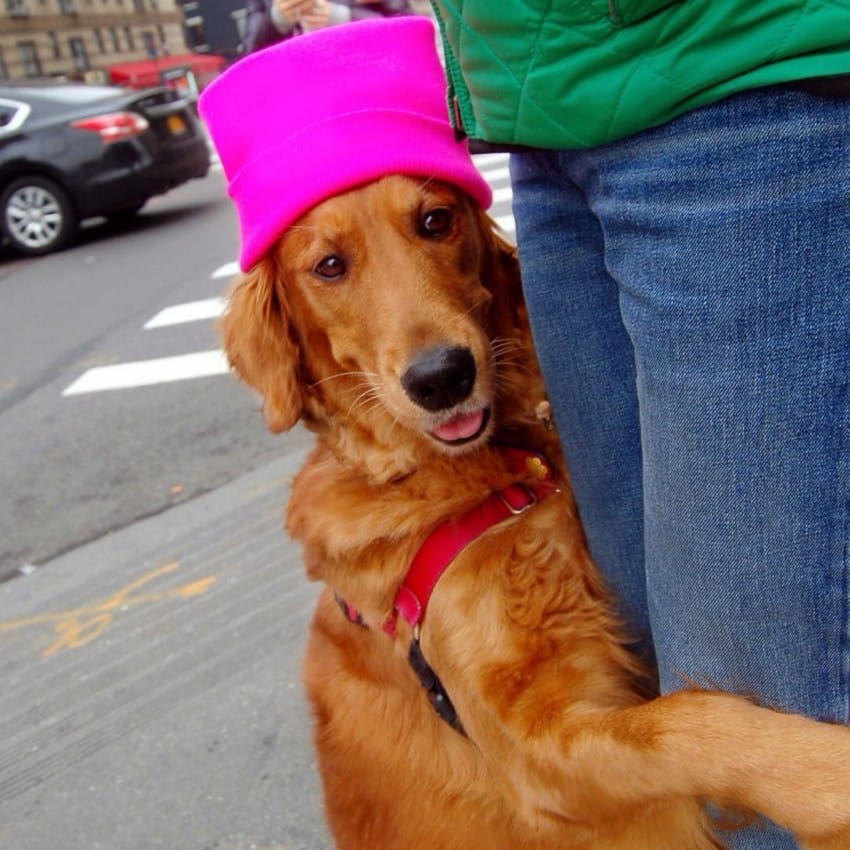 Loubie became a professional hugger about three years ago. Cesar said, after a near Valentine’s Day breakup, Loubie began hugging him. He explained, “[Loubie] started sitting up and grabbing my hands with both of her paws, and then crossing the other paw over her paw. 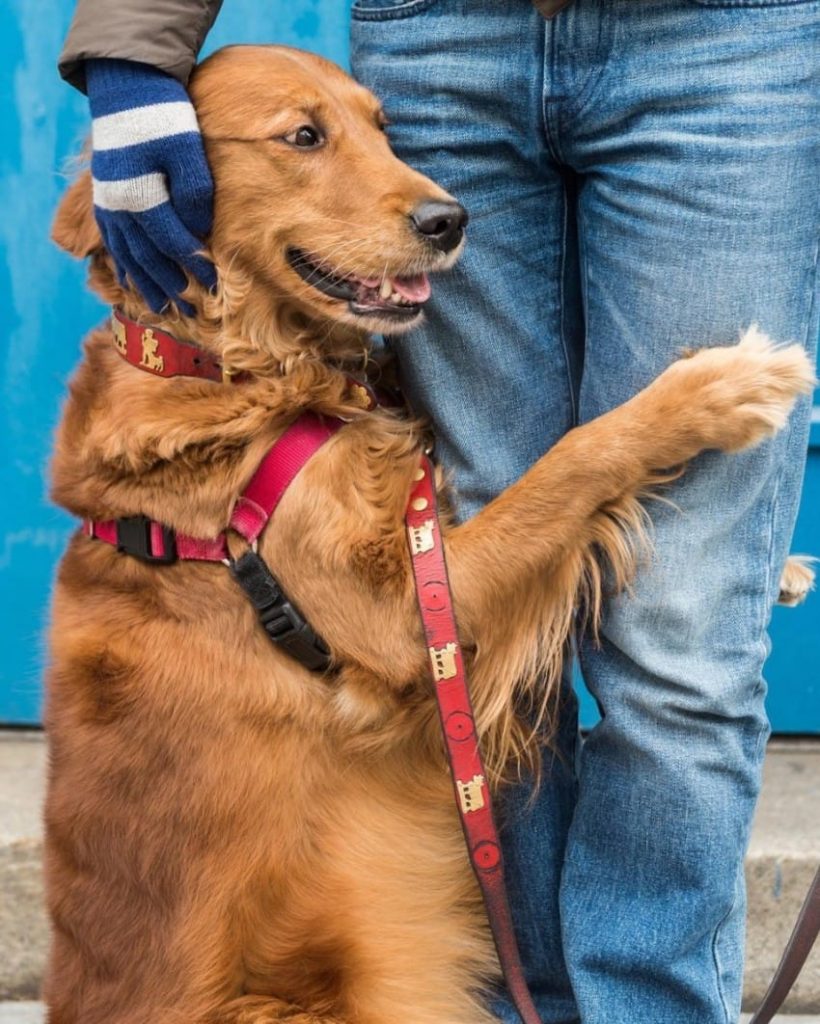 I remember joking with my friends, ‘At least I have someone to hold hands with during Valentine’s.”
Cesar said Loubie then started holding hands with him any chance she got. “On every walk, she would hold her paws over one another, looking like a perfect lady.” People took notice and began to comment about how cute she was. 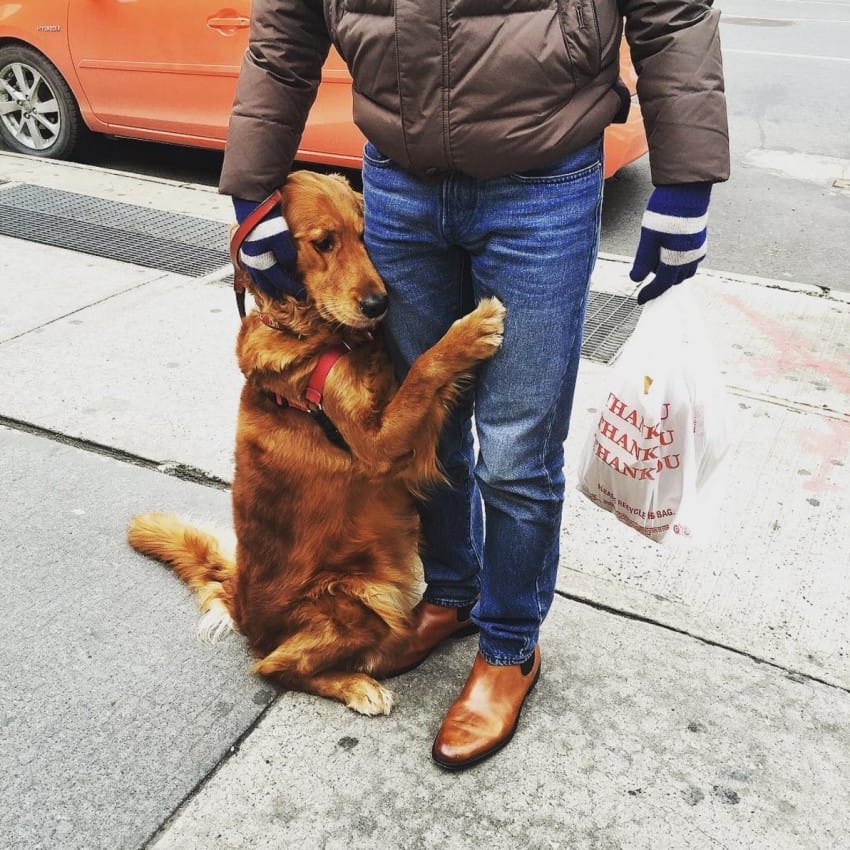 Eventually this led to her passing out her hugs. However, despite her sweetness, Loubie does not give out hugs to just anyone. She reserves them for the people she makes a connection with. So if you’re in the Chelsea neighborhood and happen to receive a tender hug from this sweet pooch, you should know that you’re special. 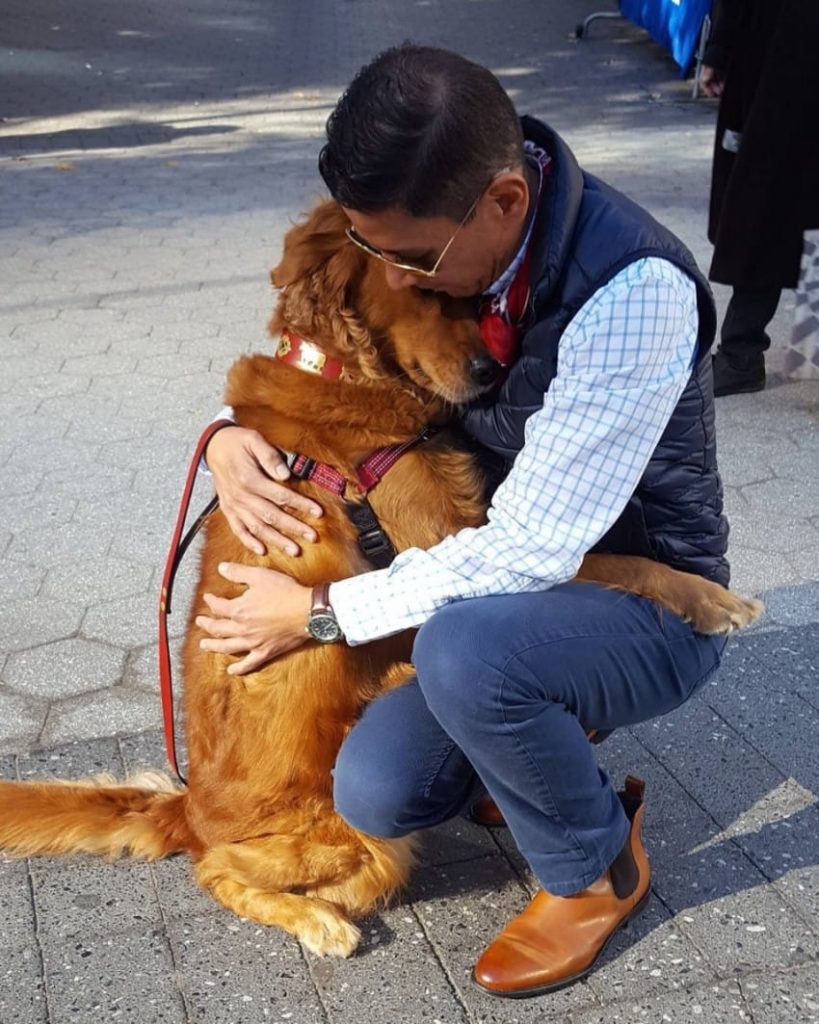 Dog Found Tied To Church Altar With Apology Note: “I Love You & I’m So Sorry” Man Asks Hotel If He Can Bring His Dog, Receives Honest Answer