Chad Morris was on vacation with his family in Gatlinburg, Tennessee, when his parents urgently yelled for him to come outside. He rushed out of the cabin to see what all of the fuss was about and couldn’t believe what he saw.A family of bears was in the driveway appearing as if they were trying to steal his car!

As soon as Chad saw them, three cubs hopped in the vehicle. Mama bear watched closely as the three cubs rolled around inside the car. The one even looked like he was getting ready to drive in the driver’s seat!The bears were aware of Chad and his family watching from a distance but didn’t care at all as they continued to explore and have a blast in the vehicle.

After a while, the bears realized they had done everything they could and the car wasn’t going anywhere. So they climbed out and tried the other car in the driveway, but its windows were rolled up. 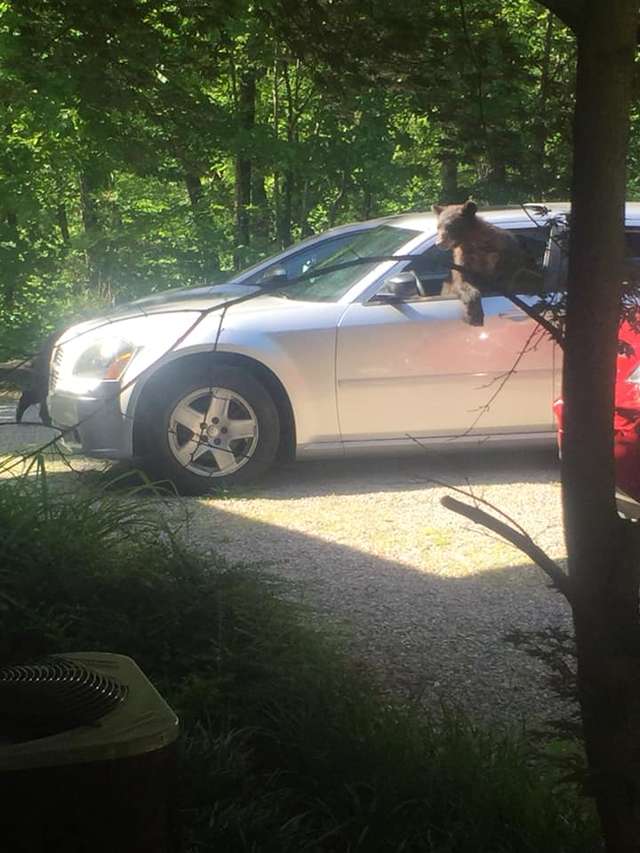 The bear family looked it over for a minute before going back into the woods. Chad ran over to see what kind of damage they’d caused, and surprisingly, it wasn’t so bad. 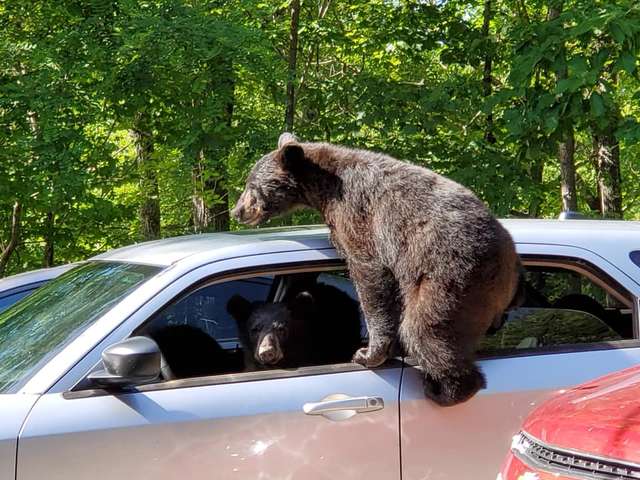 “They tore a chunk out of the leather on the driver’s seat by the headrest, and left scratches in a few spots on the interior,” Chad told The Dodo. “One bit down into my protein shake top, and my son’s football has claw marks on it.” 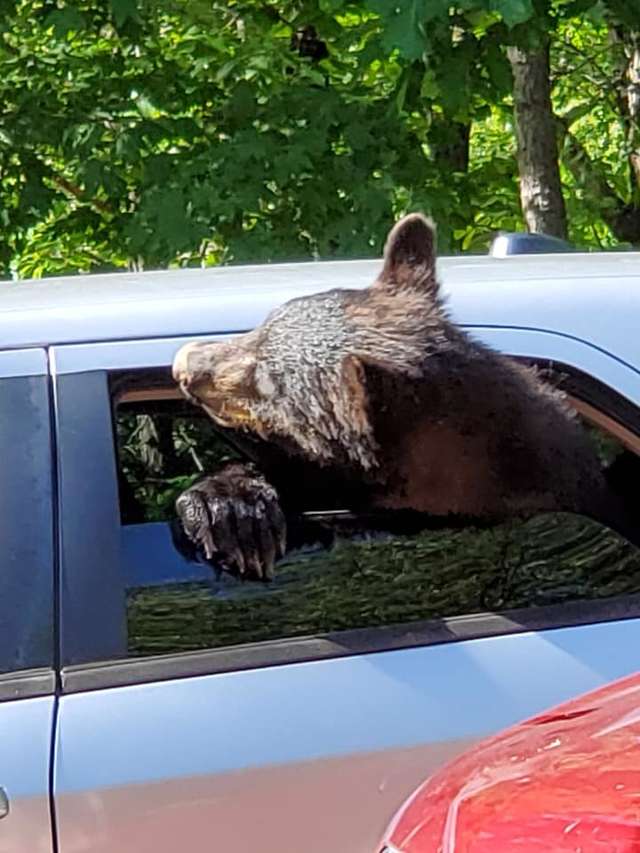 So the car was mostly okay, and the bears didn’t try to hurt anyone. Now this family has one heck of a story to tell — and the crazy photos to prove it! 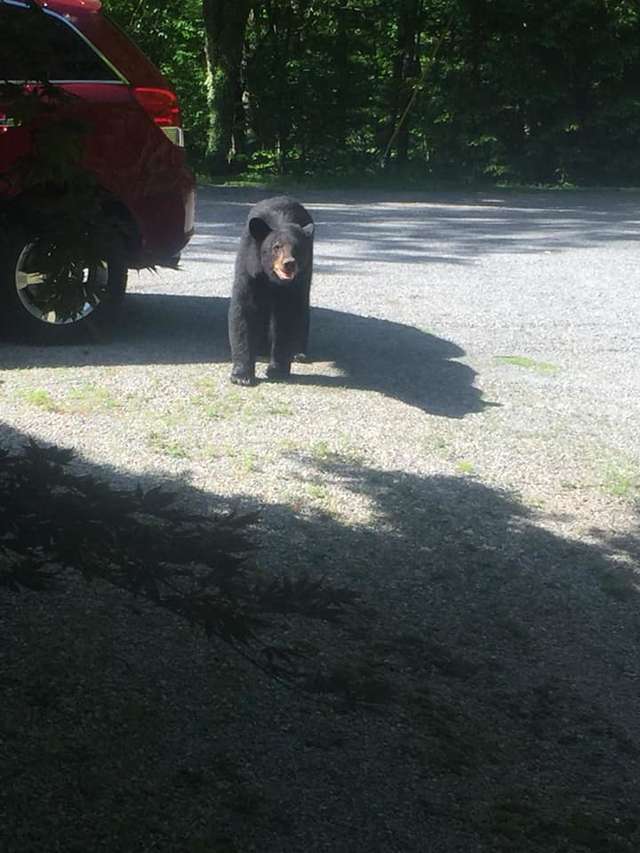