It’s said that “good fences make good neighbors” but these three doggo besties would have to disagree!The sweet friendship blossomed when a chocolate lab named Giuseppe moved in next door to a couple of great dane siblings named Bambino and Vito.Bambina and Vito are much taller than the average dog and had no trouble looking over and fence to check out their new neighbor, Giuseppe.

However, being significantly shorter, Giuseppe was at a disadvantage and couldn’t see over the brick wall that separated the two yards.The sweet chocolate lab really wanted to meet the two big dogs next door and struggled to jump high enough to look over the wall. As it became apparent that the height was keeping the pups from maximum friendship, Giuseppe’s owner came up with a clever solution.

The idea came to the lab’s owner, Robert, Carnes, after one day he joked, “If you only had a step stool.” Realizing that it was not such a bad idea, he put a stool next to the fence.

In no time at tall, Giuseppe was using his stool to say hello to his doggo neighbors face-to-face. Robert took a picture and shared it with the new neighbors, who thought this was such a cute photo and shared it on Instagram. 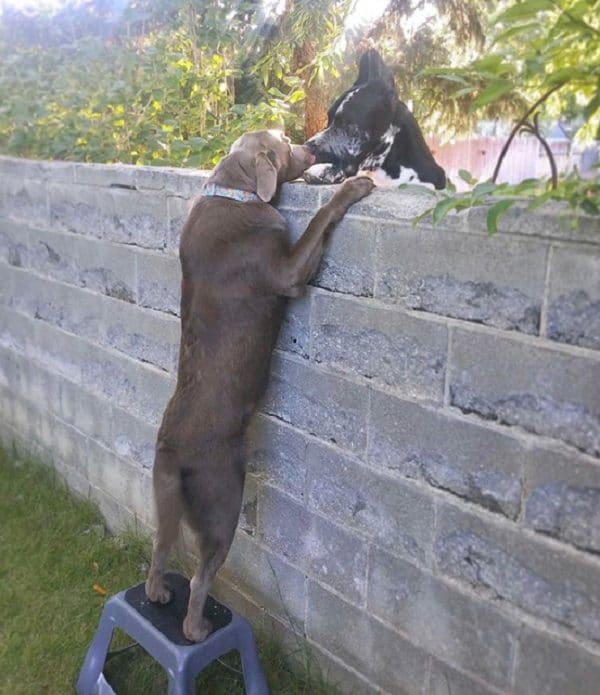 Watching the pup stand on his stool is super cute. Robert said:

“My initial reaction was to bust up laughing,” Afton told The Dodo. “Seeing his little feet fully extended and his tail all blurred out from wagging too fast, I couldn’t help it. So stinkin’ cute.”

“It definitely gives you that feel-good feeling.” 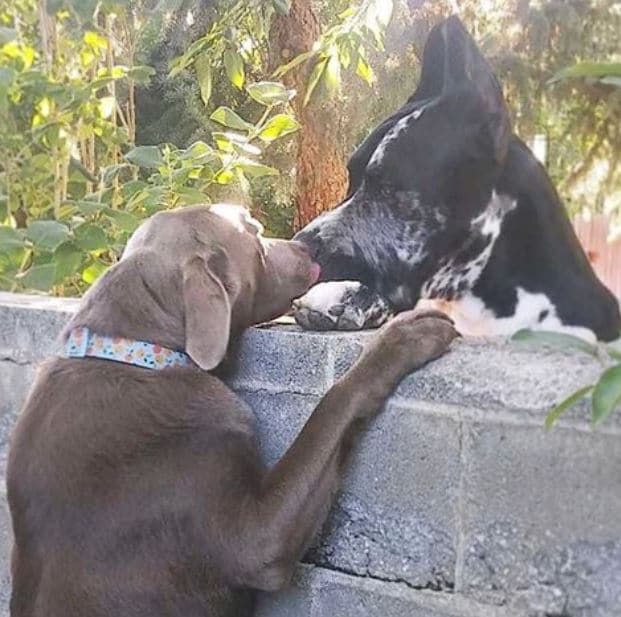 Now the dogs and the neighbors are all good friends and they all go for walks together.