Gringo the one-year-old British Shorthair has a very sophisticated look, and it’s no wonder he’s an Instagram star. The cat has white fur around his nose in the shape of a mustache, and it’s simply wonderful!He lives in France with his owners, Sabrine and Romain, and a brother named Milko.

Gringo once had about 60,000 followers on Instagram before his account was hacked, and now he’s working to get back there with his new account.“Gringo is a happy kitty, full of life and with a really nice personality. He loves to play all day and all night, get up to mischief like climbing on curtains, scratching the couch and jumping in the plants,” Sabrine told Just Something.

“He likes to stand on his back paw, just like a meerkat.

He can stay a couple of minutes in that position, and it’s hilarious.” Sabrine and Romain already had Milko when they saw a picture of Gringo on a French cattery site and fell in love. 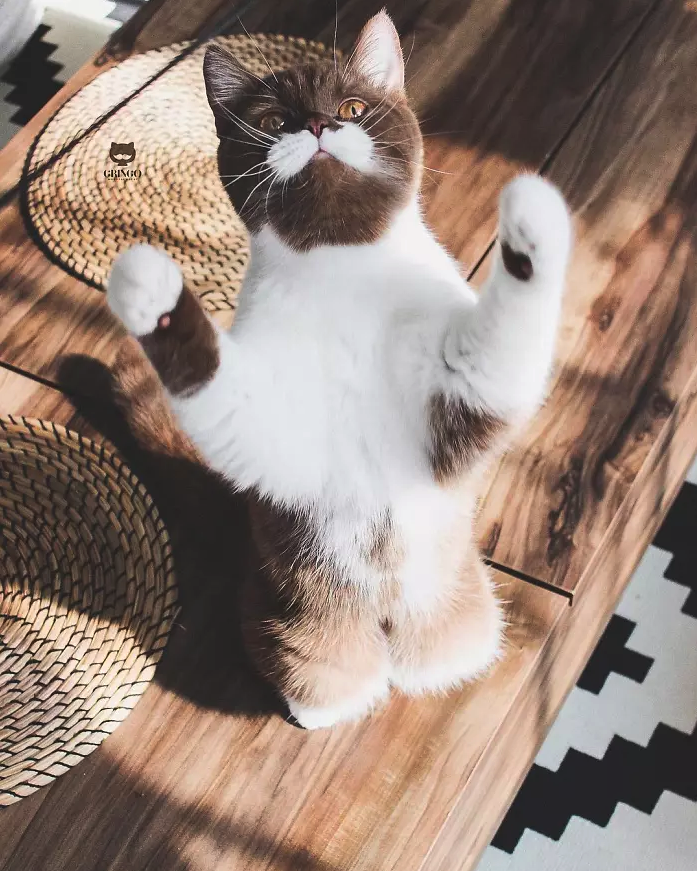 They brought him into their home at just three months old, and the two kitties hit it off becoming the best of friends. 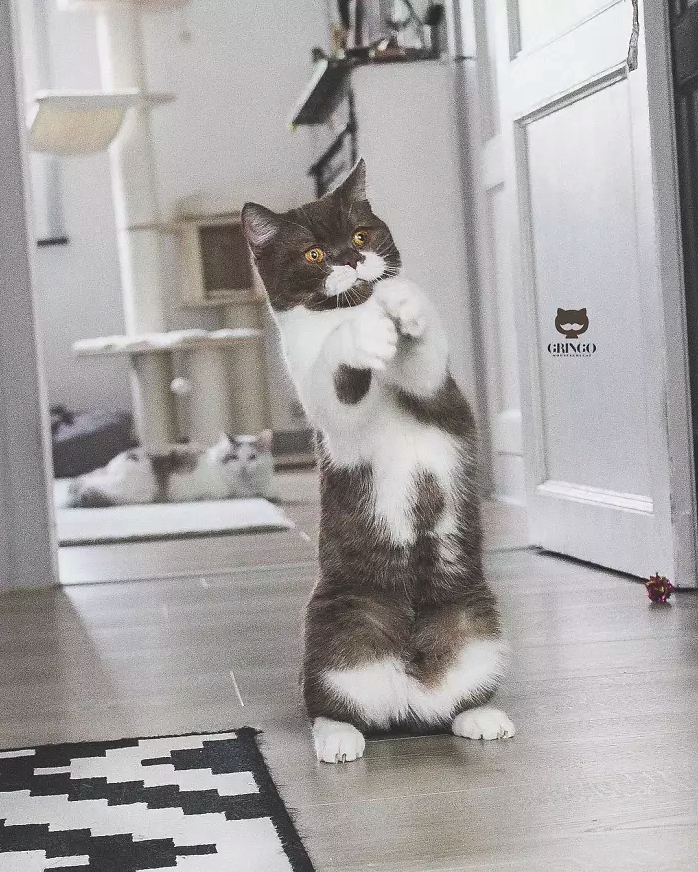