Recently, we’ve been blessed with the adorable creation that is “Baby Yoda.”The little alien has taken the internet by storm and it’s difficult to find anything cuter.At least it was difficult until we spotted this unbelievably cute puppy who bears a striking resemblance to our favourite little alien.The pup, named Mork Skywalker, combines the cuteness of Baby Yoda with the sweetness of puppyhood and the result is dangerously adorable.

Mork’s extreme cuteness and resemblance to the popular Starwars character has quickly made him popular online and his fanbase just keeps on growing.But while Mork’s future is bright, his recent past was surprisingly dark.Until recently, Mork was under the care of Harbin SHS.Harbin SHS is a rescue organization who specializes in rescuing dogs who would have otherwise risked ending up in the Chinese meat markets; when puppy mills and similarly profit-driven organizations can’t sell a dog or can’t keep it any longer, they often end up selling the pups to the meat trade.

It’s difficult to imagine, seeing him now, but Mork is one of the fortunate dogs who’ve been rescued by Harbin SHS and thus avoided ending up in a slaughterhouse.

His life could have turned out very different if it wasn’t for Harbin SHS’s hard work. 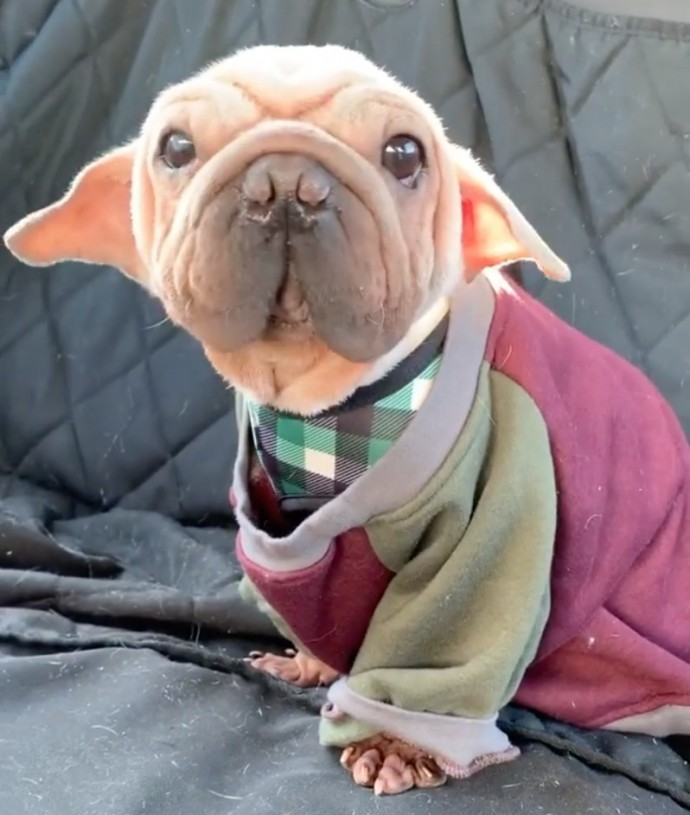 After Mork was rescued, Harbin SHS got in contact with Nikkie Carvey, the founder of the rescue shelter Roadogs.

However, when she saw a picture of Mork she knew she had to keep him herself.

One look at his beautiful face was enough for Carvey to fall in love with the smushed-looking pup and she was determined to make him part of her family. 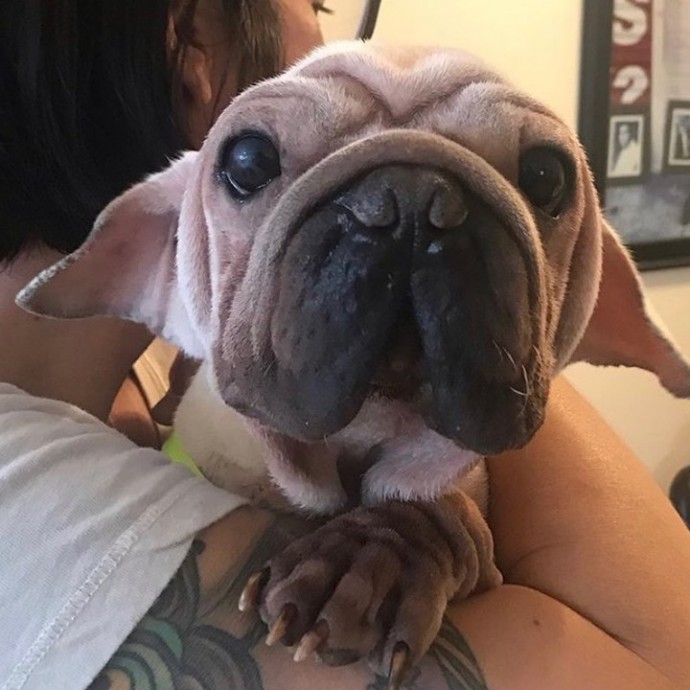 “They sent me a photo of Mork, and I said, ‘I love that dog. I will take him,’ Carvey revealed in an interview with Huffington Post.

And so, Carvey started the process of bringing Mork home.

Now, Mork is living with Carvey and is an affectionate and happy pup. He loves his new home and his new mommy and is happy to finally be safe and loved.

His Instagram count is steadily on the rise, and people from all over the world are obsessed with his uniquely cute appearance.

Unfortunately, Mork’s cute look comes with a lot of health issues. Mork has struggled with intestinal issues and his life was even on the line at one point.

He’ll also need surgery to help him breathe properly since his cute squished face isn’t letting him breathe as well as he should. 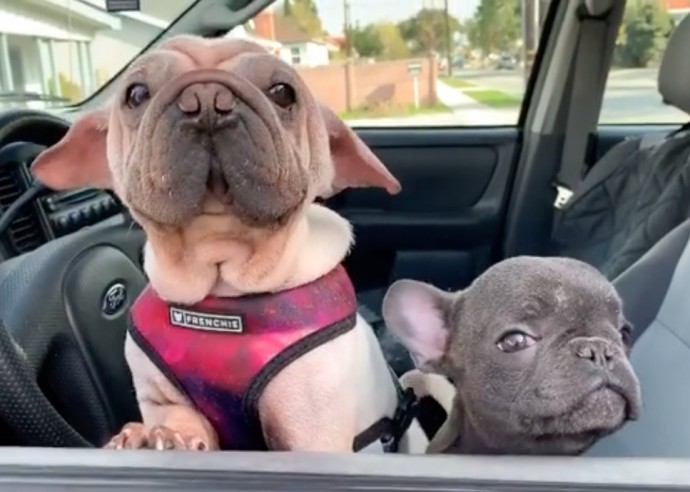 Under the skilled and loving care of Carvey, Mork is able to thrive and love life, but it’s for the best that he stays “one of a kind”.

Carvey strongly discourages people from trying to breed more dogs like Mork since he has so many congenital issues.

In the future, Mork might use his cute looks for something more than internet fame; Carvey’s got plans to turn him into a therapy dog and let him bring comfort to people in nursing homes and hospitals.

We think that sounds like a wonderful idea and we’re sure that Mork is going to be an amazing therapy dog.