“Don’t judge a book by its cover” is usually a phrase thrown around a normal conversation. At times, we forget the real essence of this phrase, and we end up taking it for granted. However, that’s not the case for those at the RSPCA‘s Putney Animal Hospital where one day, they learned exactly what it means through the personal story of a grumpy-looking cat named Saul.

On 15 October this year, a man reported the presence of a stray cat wandering the streets of London, alone in the rain. Having the information they needed, RSPCA sent an animal collection officer in hopes of rescuing the poor little cat. The kitty was very sick and beaten up when he arrived at the hospital, and they knew that their first priority was to get him treated and medicated as soon as possible.

It was believed that the cat, that they later named Saul, had been involved in a traffic accident, because of his injured jaw, teeth and one eye. As soon as the healing took place, the hospital staff noticed a singular feature on Saul’s face. 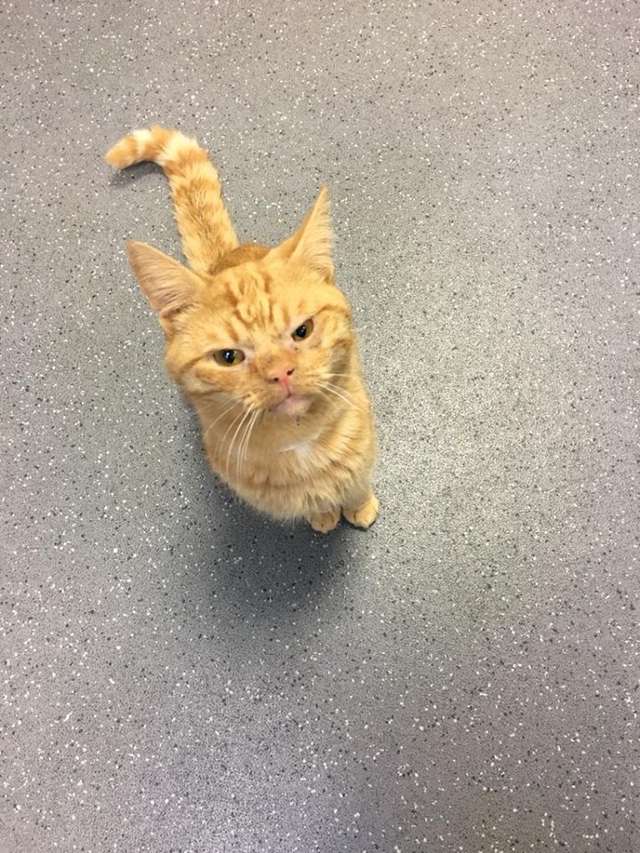 They didn’t know whether it was because of the injuries, or if he was born this way, but whatever thing Saul was doing, he was always displaying a grumpy face. In spite of this permanent expression of disappointment, his personality shows otherwise. Saul actually has a great attitude, and he’s always sweet and cuddly. Take a look at how this grumpy-faced cat draws smiles on everyone’s faces by reading the rest of the story below.
(h/t) 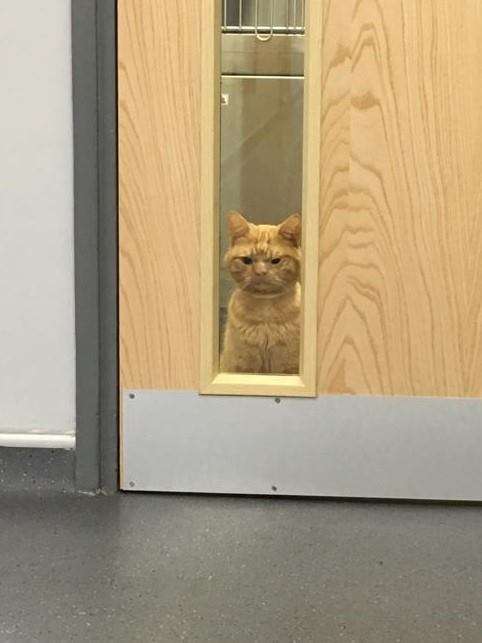 Caroline Allen, London veterinary director of the RSPCA, said in a press release that Saul had arrived in a very sorry state, and they believe that Saul was also involved in a road traffic accident as proven by injuries on his jaw, teeth, and one eye.

He was immediately taken care of by RSPCA , and just when Saul started to get better, the staff noticed something peculiar about Saul, and that was his grumpy face. 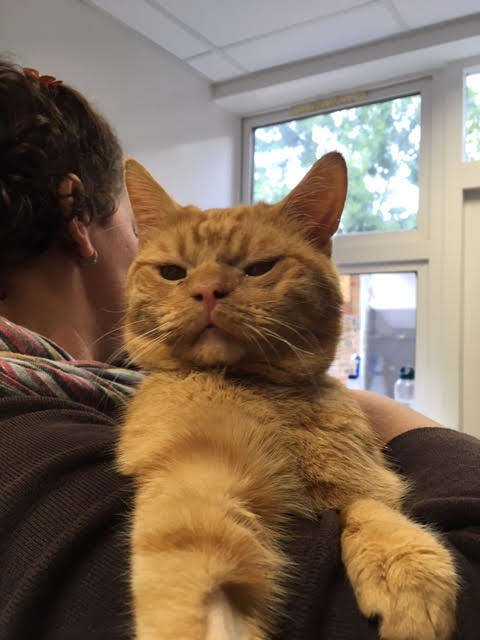 The staff at the Hospital was unsure of whether Saul’s grumpy face was due to his injuries or if it was there since birth. Whatever the reason is, one thing is for sure, it definitely makes him attractive.

When Saul started to get to know everyone, they found out that his personality actually contradicts his grumpy face. He’s a total sweetheart. In no time, he won everyone’s heart and he got every hospital staff smiling over his grumpy little face.

Fondly nicknamed as Grumpy Cat 2.0, taken after viral sensation Grumpy Cat, the staff are sure he could give the original Grumpy Cat a run for his money!

Even when he is cuddled up with his friends, or simply looking around to observe everyone, his grumpy expression remains prominent. 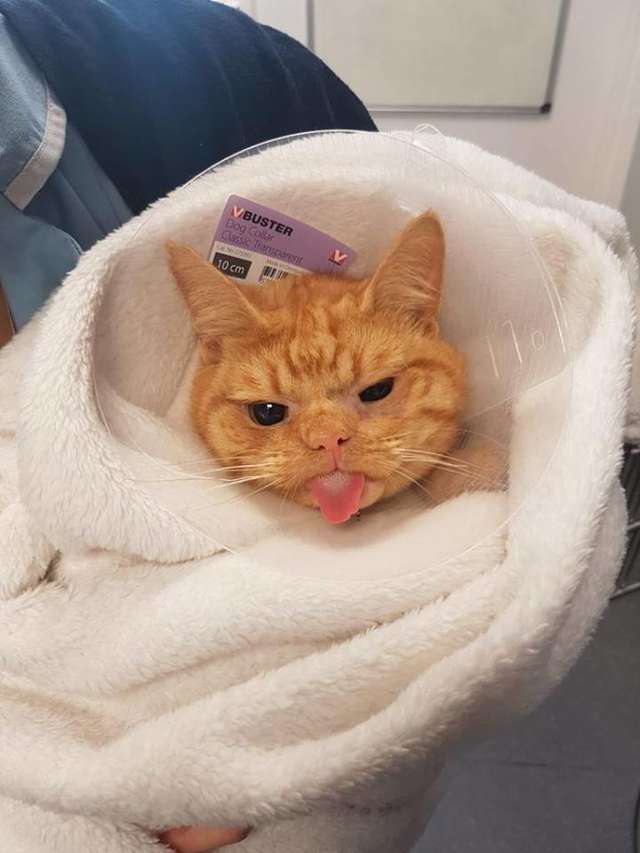 Once all healed up, Saul is set to move to Southall Cattery, since RSCPA doesn’t rehome directly from the Hospital.
“We’re sure someone will fall in love with this glum-looking puss,” Allen said.
And who wouldn’t? Even with the grumpiest of faces, no one could possibly dare not to fall for Saul, especially when he flaunts his cuddly quirks like this one.