Nature is full of so many hidden gems, the more we find, the more our appreciation for the beauty of the natural world grows.Sometimes, you may even see something that you believe is too perfect to be real. This is the case when it comes to the pink robin.The common robin exists in Europe, America, and Australia and is brown with a red breast.

Australia is also home to a rarer and more unique robin with bright pink breast, called the pink robin.This beautiful little bird is such a rare sighting that when people see photos of it, often they can’t believe it’s real.But this is not the case at all; the pink Robin in all its beauty is absolutely real.Pink robins can be found on the island of Tasmania, King and Flinders Islands and the wetter parts of Victoria and southeastern New South Wales.

Its favored habitat is a temperate forest or a tropical moist lowland forest, the main thing is that the nesting place is damp.

It is notoriously difficult to photograph as it tries to keep itself as hidden as possible while it darts about for food. The pink robin needs moss for its nest, it makes a deep cup shape, adds feathers, and uses spider webs as a binding material.

Inside, fine grass and fern are used as the lining, three to four eggs are laid at a time. The nest can usually be spotted in the fork of a tree and from this vantage point, the robins swoop down and catch insects on the ground or in low bushes.

Females tend to have an olive-brown color, though they too have a dash of pink coloring on their bellies as well. 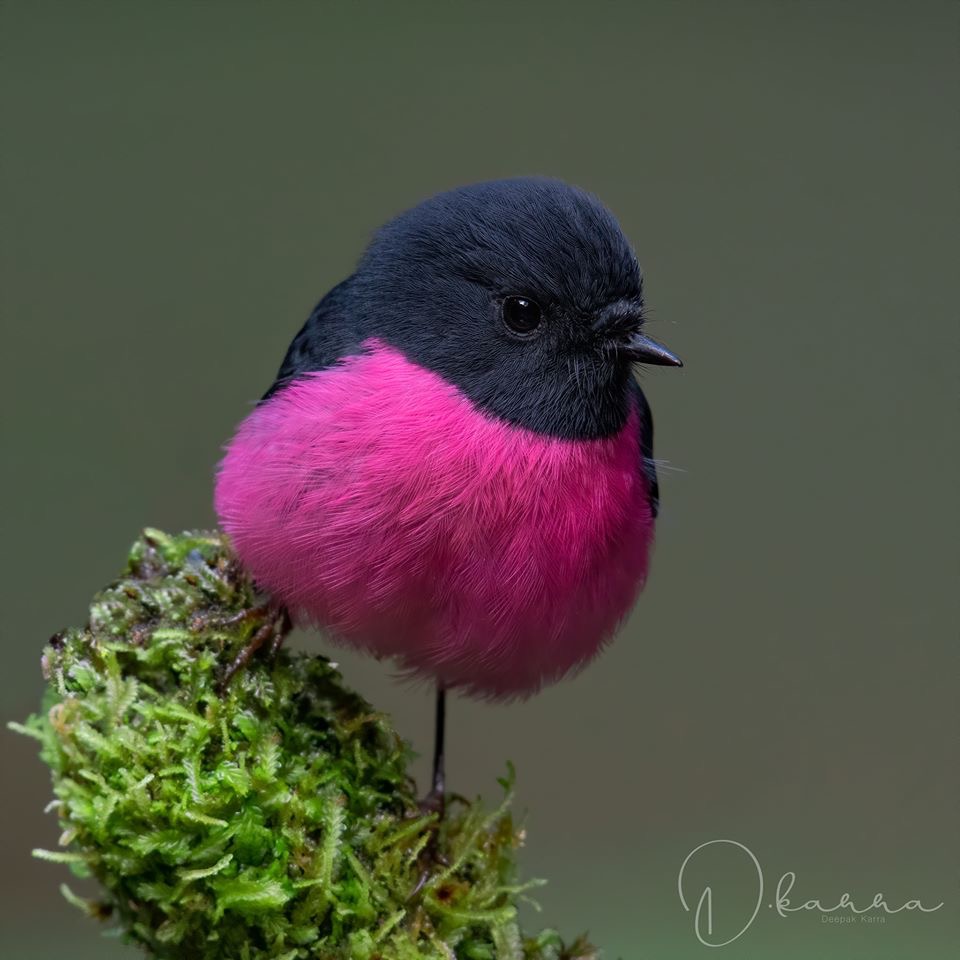 Males look quite different from their female counterparts because they are so much more colorful.

Females will breed and produce chicks whatever color their feathers. It is the male that has a difficult job – to be chosen to mate. 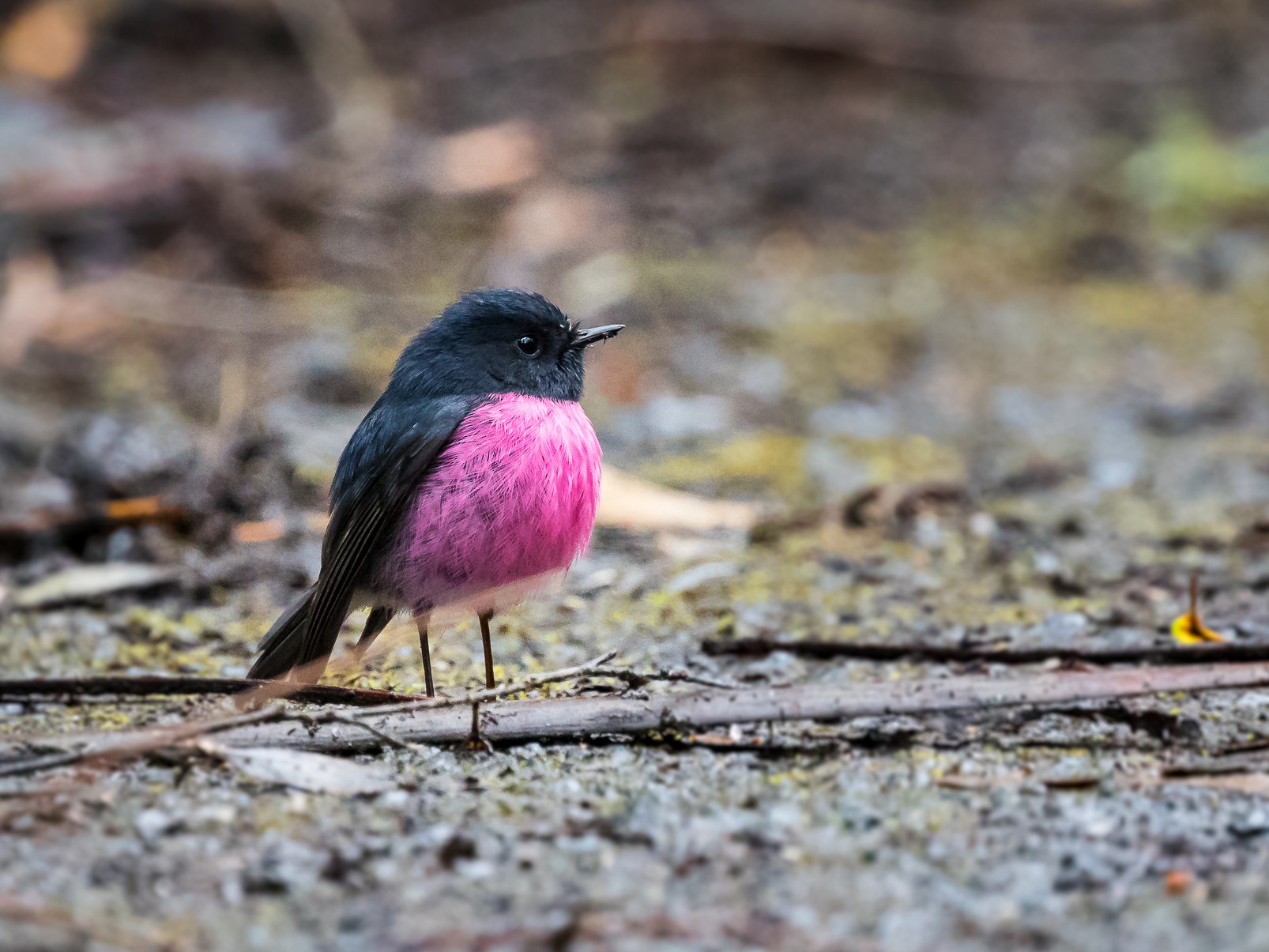 His pink breast and white crown will hopefully secure him a partner but there will always be competition from another male perhaps a little pinker and perkier than he.