This little sausage proves that it’s not the size of the dog that makes one good at herding sheep; it’s the determination inside that matters most.Charlie Rowlands captured this cute video of his six-year-old mini dachshund named Frankie herding up sheep into farm paddocks. Frankie may only be 5.6” tall, but he has the skills and determination of a professional sheep herder.

The event took place in Girilambone, New South Wales. Frankie entered the paddocks and immediately got to work herding the sheep. He did as good of a job as some much more experienced working dogs.The brave little dude ran around the pen, herding the sheep despite being outnumbered and outsized. He rounded up the sheep with the precision of the pros never wavering from his mission.

Some sheep tried to get away but they were no match for the stealthy Frankie, who quickly maneuvered them back toward the pen with prowess and mastery. His owner said: 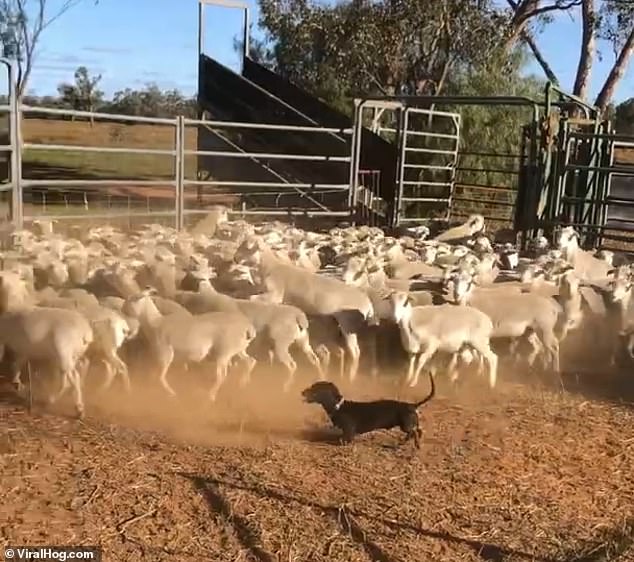 ‘Frankie is a six-year-old Mini dachshund. He loves the farm life and in this video is helping move a new mob of sheep out to the paddocks.’

He added that “Frankie is a ‘real character’ and loves getting involved with all aspects of farm life, from chasing pigs to mustering sheep.” 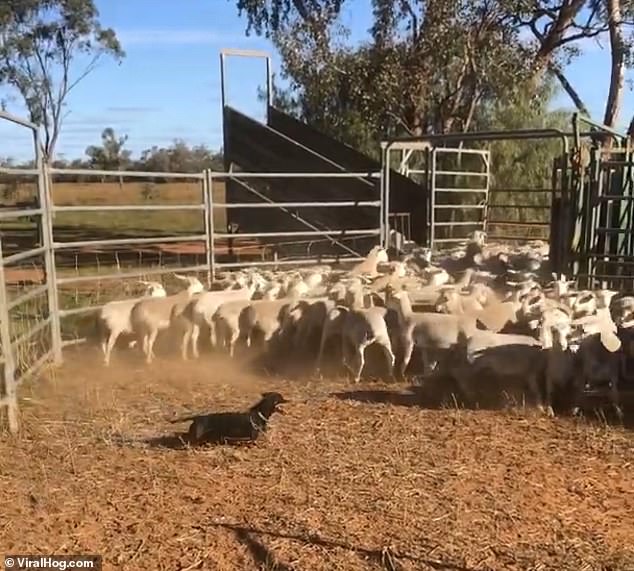 In South Wales, it’s usually Australian shepherds that herd sheep but on this day, Frankie gave them a run for their money. Frankie may not be as nimble as a shepherd but he got the job done. 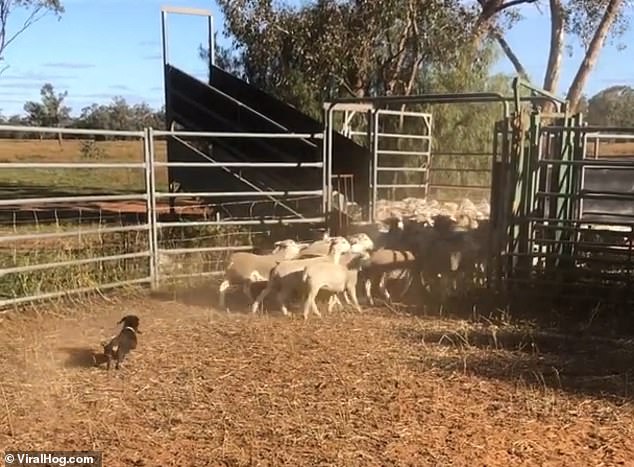 Other popular herding dogs include English shepherds, border collies and kelpies. It’s rare to see a playful dachshund rounding up a flock. However, as scent hounds, they are brave and love to hunt badgers, rabbits and foxes.