One day, staff at a vets clinic found a box full of four cute abandoned kittens, left right on their doorstep.
They were so cute, they fell in love with them right away. And of course, they stepped up to take care of them until they can find them new forever homes.

It was only the next morning that they noticed an adult cat loitering around the front steps of the vet’s office, attempting to run inside every time the door would open.Eventually, the nurses gave up and just let her in the vet’s office. It was only once they did this that they realised she was a feeding mother.

After the nurses discovered she was a feeding mother, ‘the penny dropped’ and they introduced her to the abandoned kitties.

‘A very happy reunion!’ Staff took in the kittens and more than ready to nurture them themselves, but later discovered an adult tabby loitering outside trying to sneak in. The nurses discovered she was a feeding mother and the ‘penny dropped’. They introduced her to the abandoned kittens and the bond was instant 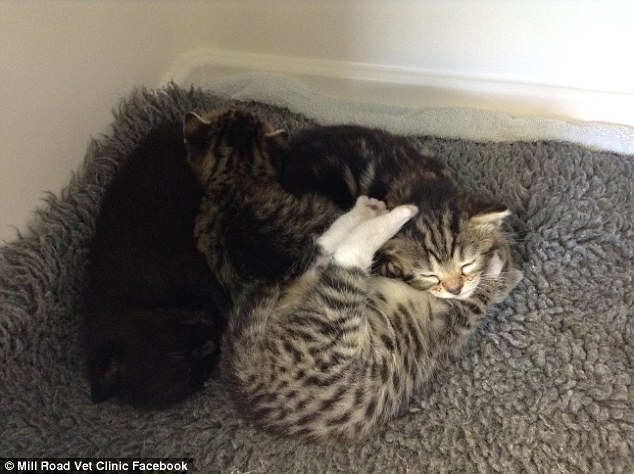 Understandably so, the bond was instant between the other and the three-four week old kittens.

The heartwarming story was posted on Facebook by staff from the Mill Road Vet Clinic in New Zealand, it read:

‘There was a very happy reunion. Presumably, she had been in the box too and escaped before we arrived for work. She’s probably been prowling around all night looking for her kidnapped kittens!’ 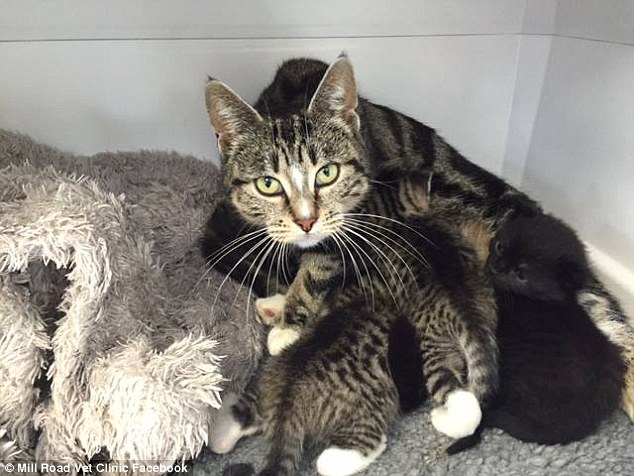 Describing how they came across the kittens, the staff said: ‘Yesterday, we found a box of kittens dumped on our front door.
‘Of course we all fell in love with them and vet nurse Nicole took them home to care for them overnight.

‘This morning, we noticed a tabby cat hanging around our front door, trying to sneak in every time a client arrived. 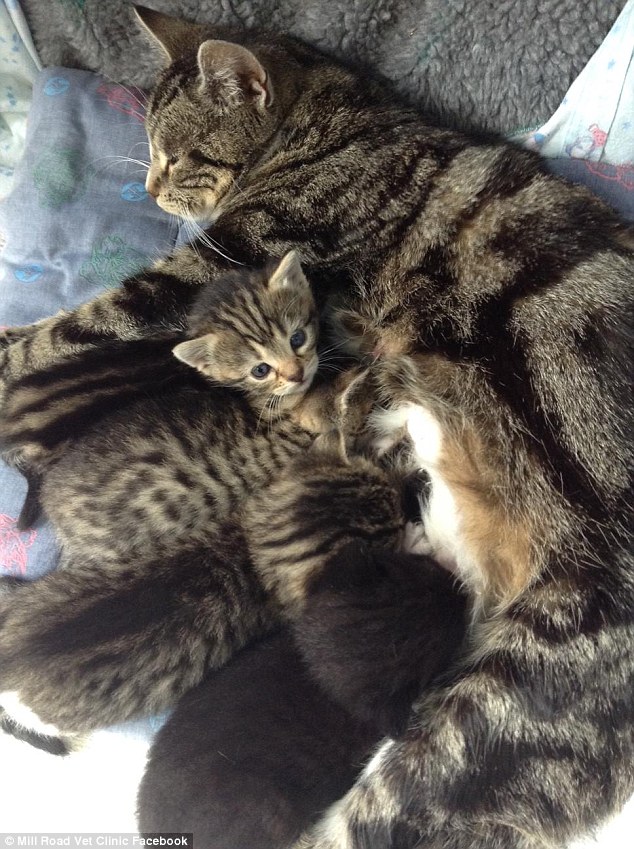 ‘When we realised it wasn’t going to go away, we picked her up and discovered she was a feeding mum. Then the penny dropped!’

They said the reunited family had now been found a new home with a relative of member of staff who had lost their own cat.