In Erode, India, locals and tourists witnessed an unusual friendship between a rhesus macaque monkey and a stray puppy. The duo became the talk of the town not only for being different but because of how close their bond is, as if they were biologically parent and child.

According to the locals, the monkey decided to adopt and protect the puppy. The two can be seen wandering through the streets together, along the busy streets of Erode, with the monkey carrying the tiny puppy in his arms. They can also be seen playing together and when stray dogs bully or attack the puppy, the monkey immediately comes to his rescue.

Locals are obviously impressed by this unlikely friendship, and often leave food for them. When this happens, the monkey even lets the puppy eat first, an incredible act of kindness for a wild animal. 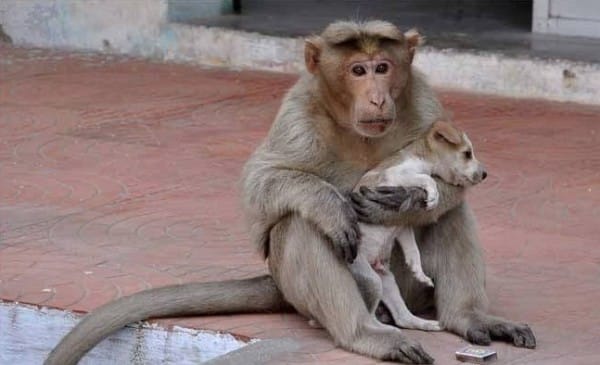 Local news say that animal officials have taken the puppy to their custody, but the story of how a monkey cared for a stray puppy like it was his own family will never be forgotten by the people of Erode.

In the city of Erode, India a rhesus macaque monkey adopted a stray puppy 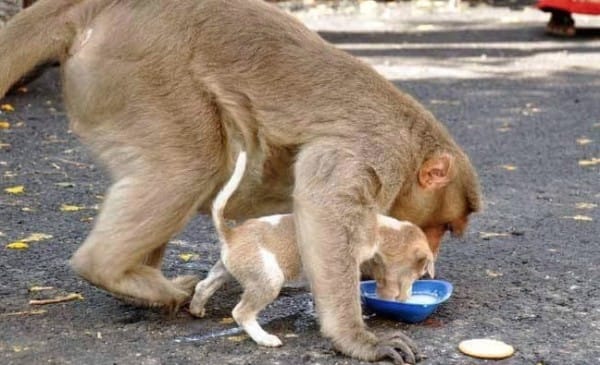 The monkey even lets the little dog eat first.

They wander around Erode, 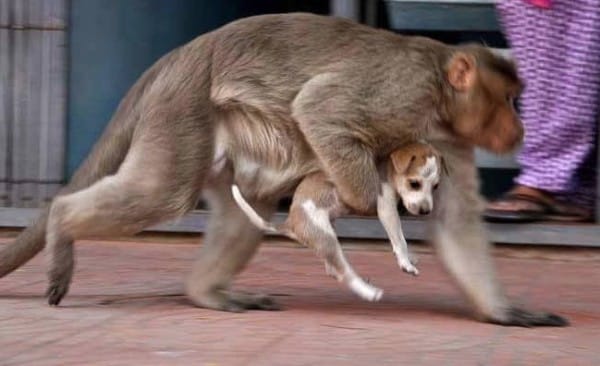 and the monkey never lets go of her little friend.

Local leave food for the two from time to time,

And they gladly accept their help. 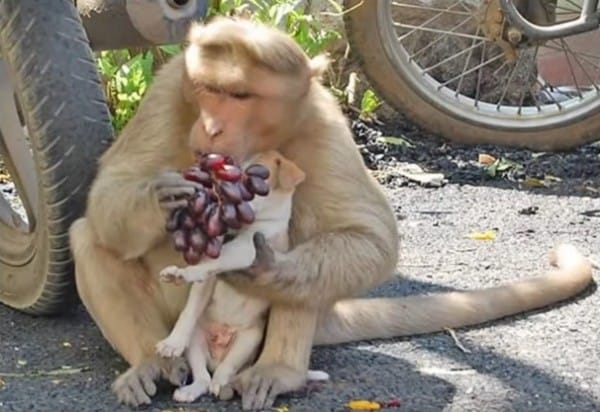