Potate, or Tate for short, was adopted as a stray puppy living on the streets by the Graham family. Hailee and her husband took the dog in, and they made one big happy family. But then Tate found her soulmate.Around the time the Grahams brought the dog home, their next-door neighbor got a dog about the same age as Tate.

It didn’t take long for Vernon and Tate to sniff each other out through the fence separating their backyards. The two hit it off and began working to get closer to one another.The dogs would keep digging holes under the fence so they could see each other. The families couldn’t keep them apart. After lots of tunnel building, the Grahams came up with a genius idea.

The neighbors originally thought about setting up playdates so the dogs could have fun together, but that required a lot of planning and cooperation. Hailee thought to put a doggy door in the fence so that Tate and Vernon could be together whenever they want. 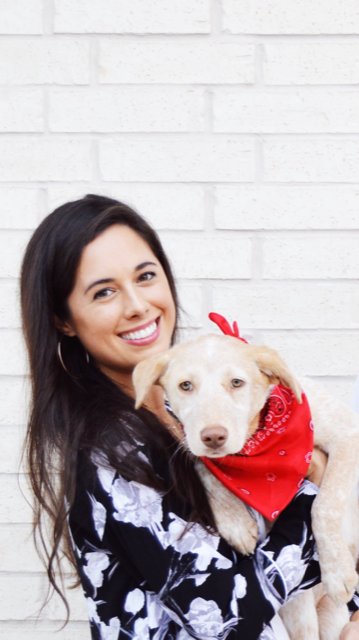 And that’s exactly what they did! Now the dogs could play together anytime without the humans having to get involved. Tate was very excited! Things have never been better for Tate and Vernon! It’s a dream come true for the both of them. “They love being together!” Graham said. “I don’t know if they are actually in love, but I like to think so.” This idea may not work for everyone, but Hailee hopes the story inspires other owners to get creative and let their pets have more company and wide-open spaces to run. What a brilliant idea! We’re so glad these two best friends get to be with each other anytime they please.