Animals are amazingly resilient and appreciative of the people who care for them. Ask any rescuer and they will tell you that their dog or cat is grateful for the care and compassion shown them, and that they repay their owners in love and devotion a thousand times over.There is nothing more heartwarming than watching videos of happy animals gleefully bounding out of the shelter, enjoying their ride to freedom, eating their meal outside shelter walls, or watching them have the zoomies, racing around the backyard of their new forever home.

Such is the story of an orphaned kangaroo named Abigail, who lost her mother when she was only a few months old. Battered and bruised, Abigail made her way to the Kangaroo Sanctuary Alice Springs in Australia, where she was welcomed with open arms by compassionate rescuers.

Abigail was nursed back to health and given lots love of and attention, which she tenderly returns to the volunteers. Years later, the adorable Abigail is still showing her love by greeting and hugging the staff every single day. 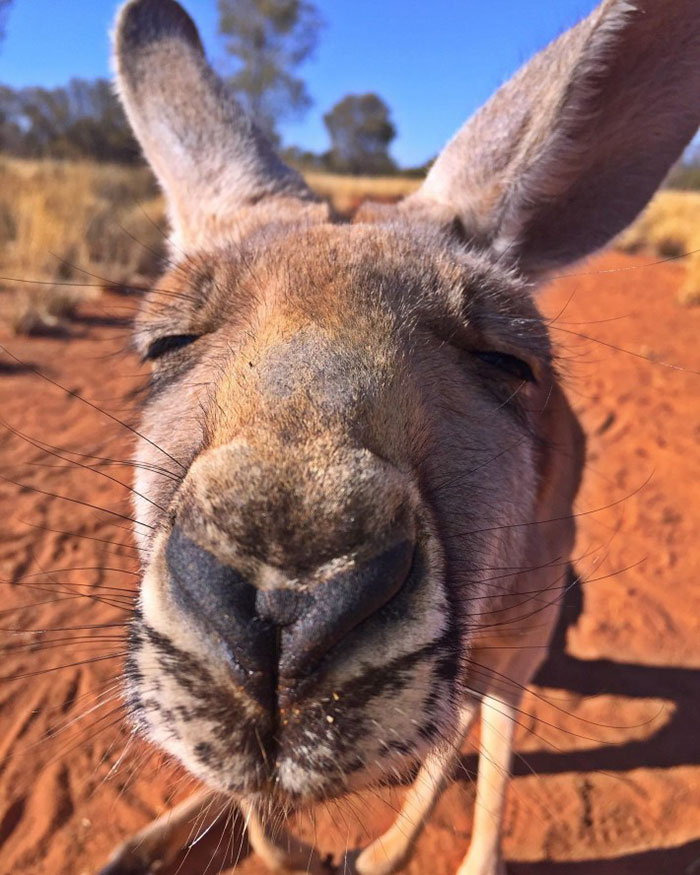 All the volunteers look forward to starting their day with a hug from Abi, who they also affectionately refer to as the “Queen.” A nickname the gorgeous animal certainly lives up to. It is nothing short of beautiful to watch her wrap her fuzzy kangaroo arms around those who have cared for her as she nuzzles her head against them. 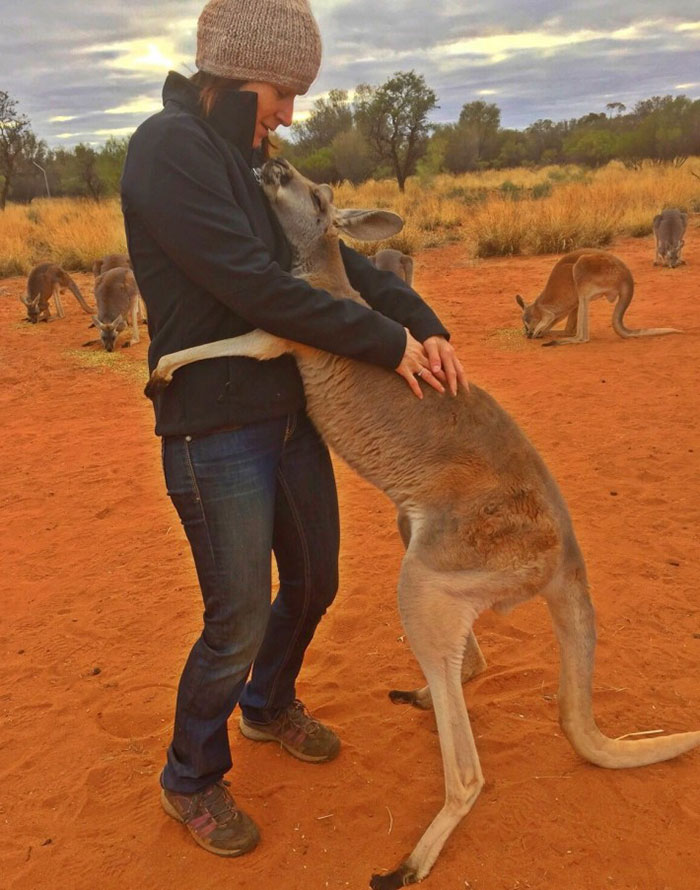 “Abi was raised from a joey with Roger and Ella…Abi came to me as an orphan of 5 months old and was quite busted up with cuts and scrapes. Abi has grown into a very healthy 7 year old and is my only kangaroo who comes up and gives a great big rugby tackle cuddle. 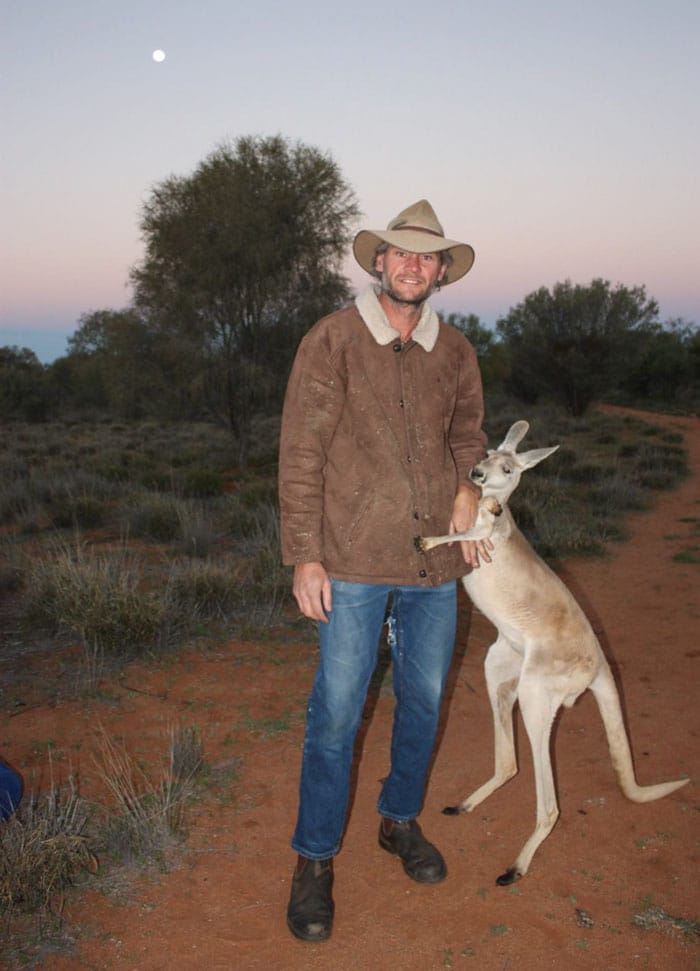 Abi is also unusually light in colour and I think she is very beautiful.”