Paul Koch, a resident from south Ottowa was surprised to find a large moose taking a dip in his backyard pool.“It’s still a mystery to me how she got in the backyard,” Koch said. “She’d have to jump a minimum of a five to five-and-a-half-foot fence to do it.”The moose spent many hours swimming and hanging around the pool before moving up to the shallow end so it could stand up.

According to Koch, the moose looked pretty lonely and he couldn’t tell whether it was trying to get out of the pool, or simply enjoying a nice cool bath.“My wife would like to give her a hug.”Conservation officials, local police and staff from the National Capital Commision all arrived to the scene to assist Mr Koch.

The moose climbed out of the pool by itself around 10:30am, ran along the yard and hopped over the tall fence into a neighbors yard. 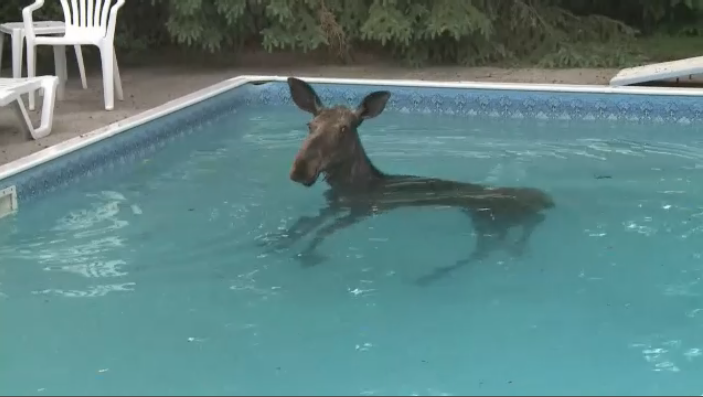 “I live nearby, so I just thought I’d check it out,” neighbour Mike Vorobej said. 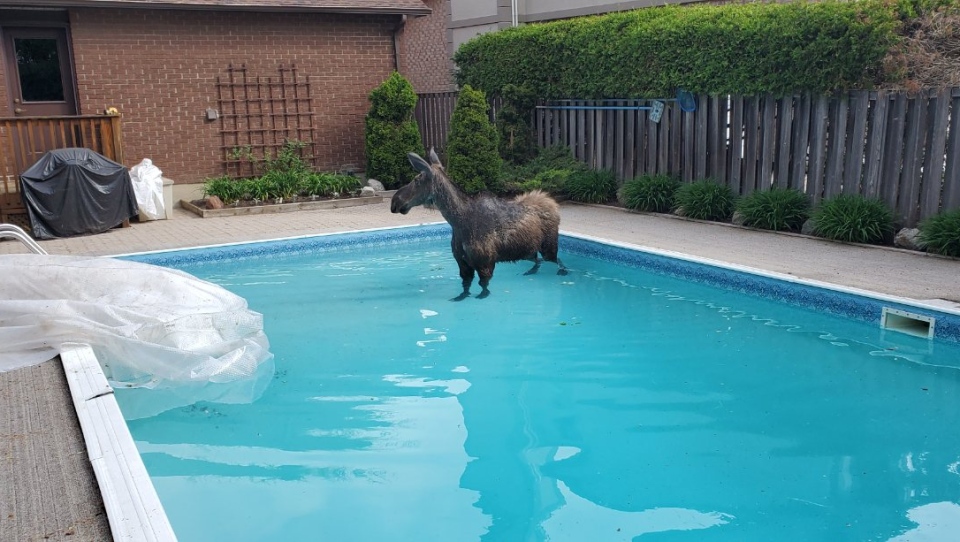 “It’s a big fence and it went over. We don’t see them that often. It’s really a cow on stilts.” 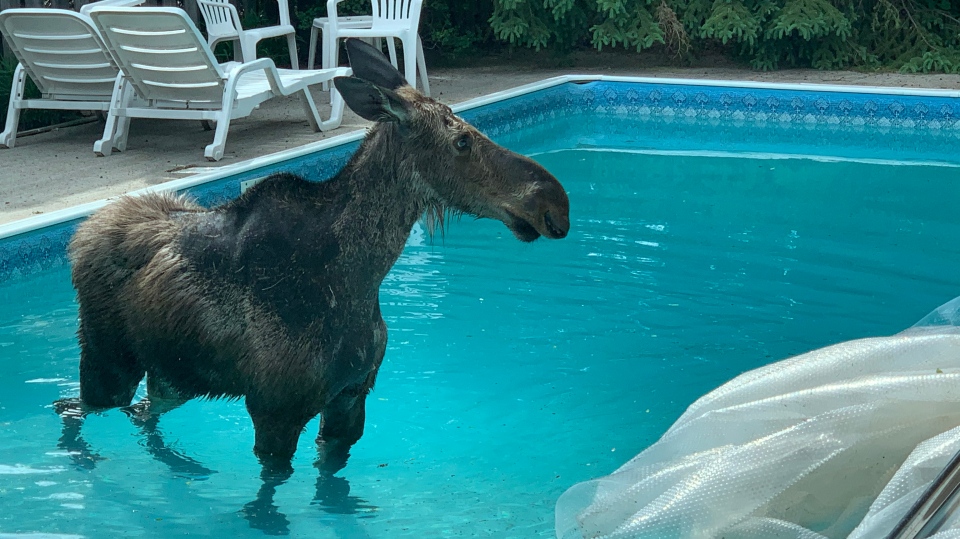 Police at the scene said that the moose crossed over the road, went to the woods and “rejoined its buddies” in the forest.

Despite having to fork out for repairs in the pool’s lining, the Kochs say that this was the highlight of their 40 years as homeowners.