Sandy Hernandez experienced one of the worst things imaginable for a pet owner when his two Siberian Huskies, Ragnar and Kloud, jumped the fence and ran away. He put up flyers and made calls to no avail and began to lose hope.Unbeknownst to Mr. Hernandez at the time, he was to be one of the lucky people who got to be reunited with his best friends. A man found the dogs and called Miami-Dade Animal Services after they were found wandering the streets.

Little did Mr. Hernandez know, but his flyers were crucial in reuniting him with his dogs. The man who found Ragnar and Kloud saw one of the flyers and immediately called Mr. Hernandez to tell him that the shelter had his canine companions.When Mr. Hernandez arrived to pick up his dogs, he walked in on them taking part in a pet adoption photoshoot.

The shelter takes photos for their website and Facebook and the local news was there to interview staff to spread awareness about pet adoption. And his two beautiful huskies were perfect models. The dogs enjoyed the spotlight and attention so much they didn’t even notice Mr. Hernandez was there until they heard a familiar voice call out. 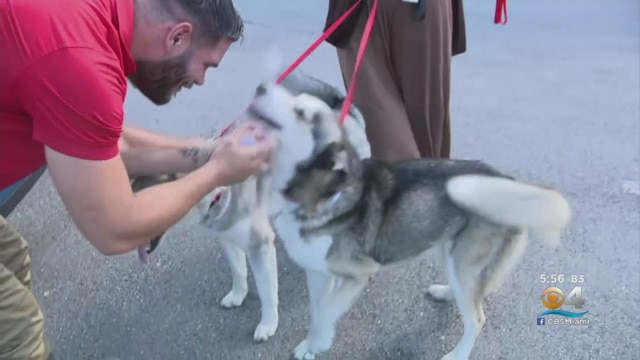 Mr. Hernandez was so happy to see them he didn’t even pull into a parking spot fully. He jumped out of his car and ran to them. Filled with emotion, he just had to give them hugs. The dogs were equally excited, and the local news was able to secure an interview with Mr. Hernandez and capture the reunion on video to be broadcast by CBS Miami.

When interviewed, Hernandez said, “My babies. I left them Friday night. And I’ve been looking for them all weekend.” 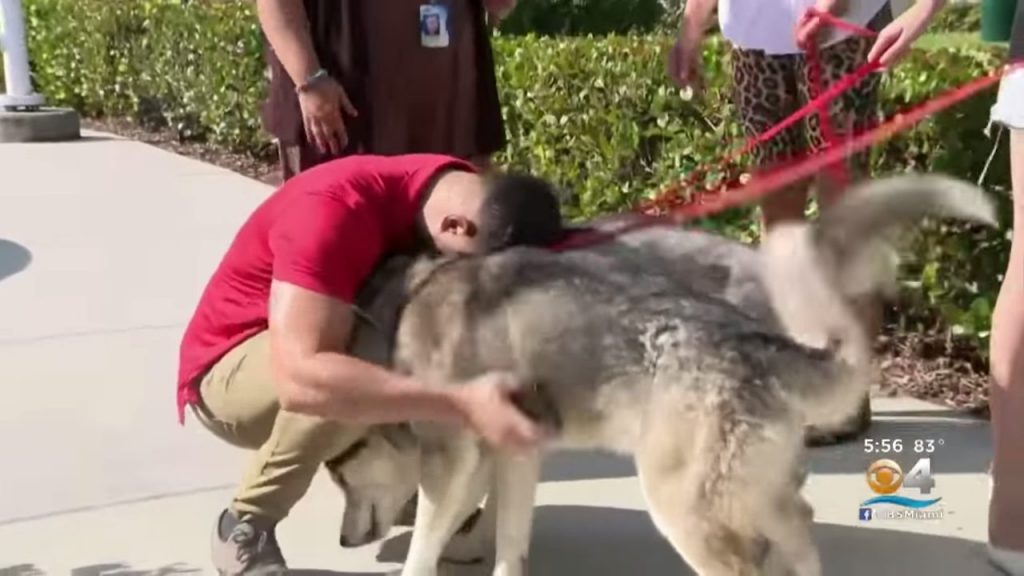 “They’re my life. These dogs are my life,” he added.

He also said that to help him bring his dogs home in the event he lost them again, that he was going to have his dogs microchipped. Microchipping is a procedure where a veterinarian uses a large gauge needle to insert a small chip under the skin. The chip provides pertinent information about how to locate the owner, their name and other things that can help a dog be reunited with their owner. It is strongly suggested that everyone chips their dogs and cats!