One day, a homeless pitbull called Daya was roaming around the streets of York, South Carolina, very clearly pregnant.
This is when she was arranged to be taken to her local animal shelter to provide her with help with her birth.Unfortunately, Daya lost her babies in the womb and had a serious infection requiring medical attention. Daya was then taken to a temporary rescue home to recover from her surgery.

She was safe in the home, but more importantly, she was missing her babies.
The rescue home noticed that Daya would pick up toys and act like they were her children.Then suddenly, a special, little dog changed Daya’s life.Raisin was an orphaned puppy who was recused from the side of the road. Raisin had a battered eye that she needed removing, but more importantly, she needed a mother – and this is where Daya stepped up.

Daya and Raisin bonded immediately! Daya was the mother Raisin never had, and Raisin was the baby Daya wanted. 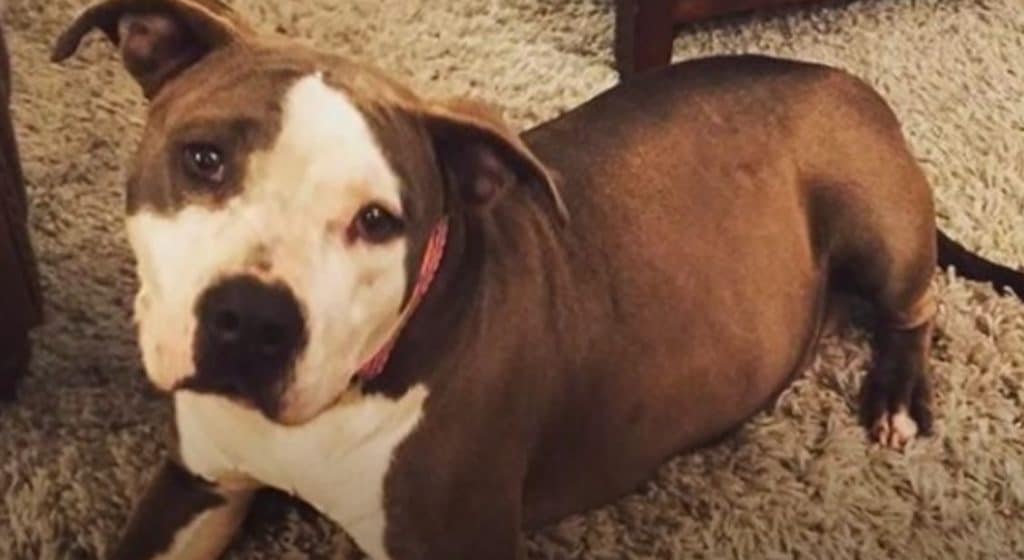 The pair moved together to a new shelter, where they both continued to recover, however as they grew, they parted ways.
Raisin found a loving family and gained an older brother named Charlie. Her new parents praised Daya for teaching Raisin how to deal with other dogs – and they were very grateful for this! 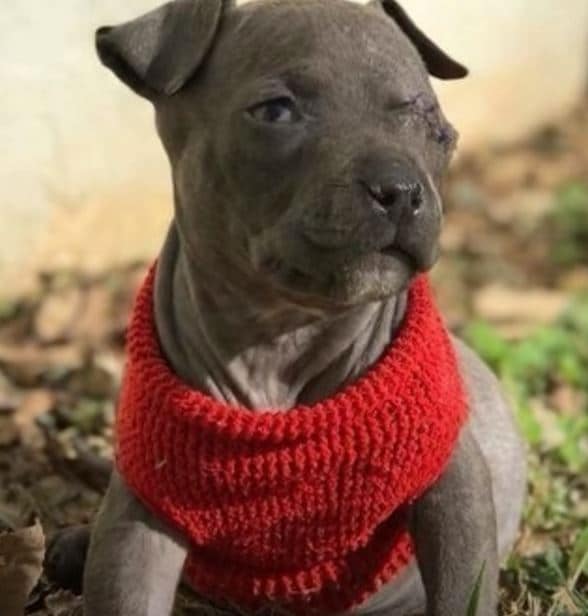 Daya also found a loving home and gained a canine sibling too! Her sibling suffers from anxiety, and she does everything she can to help to calm his nerves.
Fortunatley for the pair, it all turned all well for them. They both ended up living in a happy home with loving parents and even a silbing!