Nino, a 4-month-old pittie puppy, may be scary to some people because of the misconception about his breed, but he’s actually a friendly and snuggly baby.He especially loves to snuggle with his human sister, who’s also his napping buddy.Take a look at the video capturing their adorable nap time after a long day at the beach.Meet Nino. People may be scared of him at first because he’s a pittie, but the 4-month-old puppy just loves snuggling and spreading happiness, says his owner, Kamilla Ferreira.

Kamilla told The Dodo, “People sometimes get scared of his tough looks, but a couple of minutes and they’re enchanted. He welcomes people on the street with such happiness … People know him by name in our neighborhood.”Nino has a special bond with Carol, Kamilla’s teen sister. They’re actually napping buddies!“She is like a sister to him, too,” said Kamilla. “And Nino is a professional cuddler.”

One day, Kamilla got the chance to capture a video of the pair napping after a long day at the beach.

Nino had spent the day happily running around the sand and the water. While Carol quickly fell asleep beside him in the car’s back seat, the puppy tried his best to stay awake. Eventually, he was lulled to sleep by the gentle car ride and he ended up taking a long nap with his sister.

“It was so cute, I just had to film it,” Kamilla said.

The sleeping Nino looked adorable! He was just like a little kid who’s exhausted after a long day of playing. 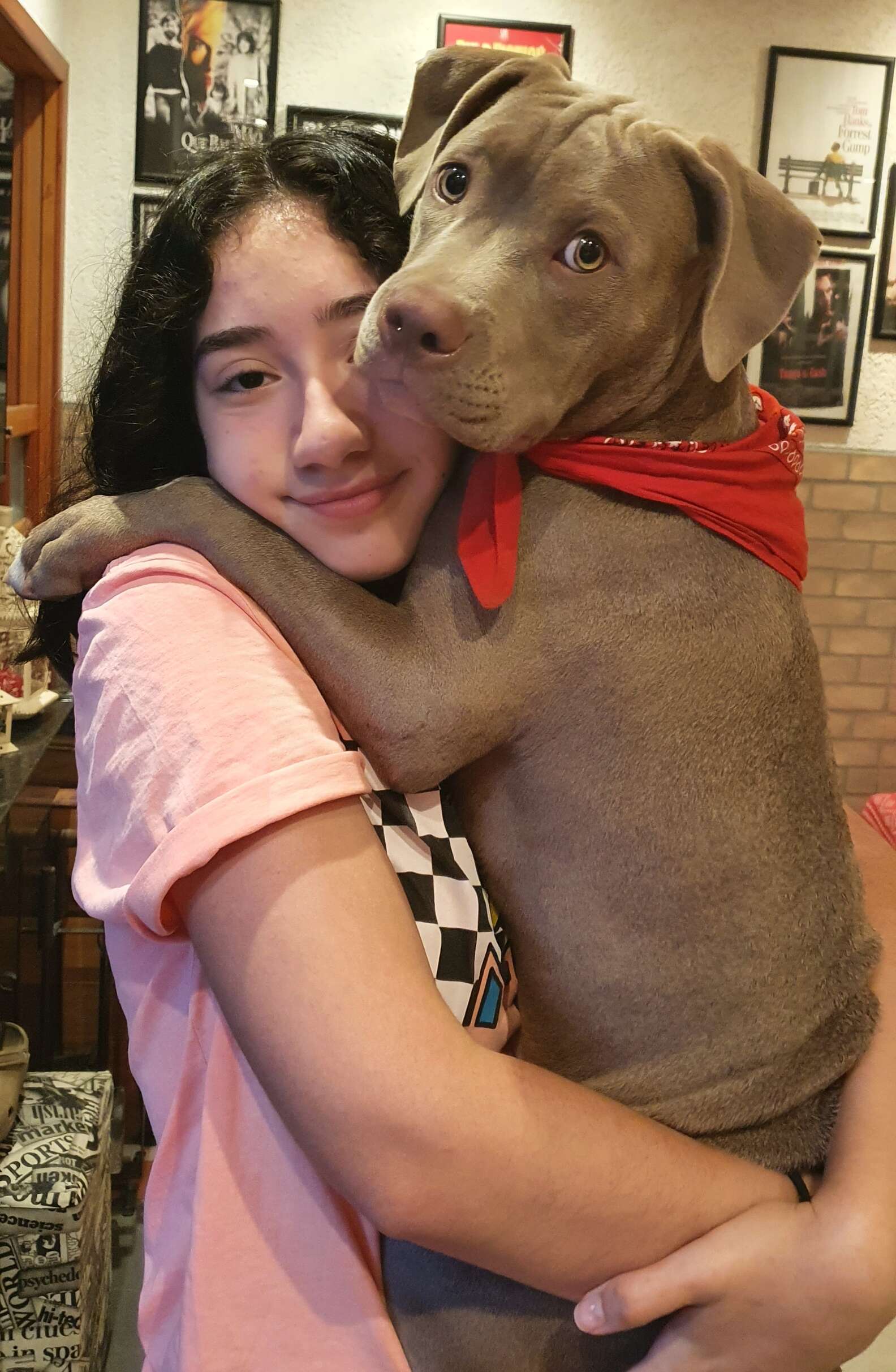 “His eyes are so bright that sometimes he looks like a furry child,” Kamilla shared.

You can see more of Nino’s adorable antics on his Instagram page.