Nearly everyone loves pizza and pets but what do the two have in common? Animal activists work tirelessly to come up with new ideas to help promote animal adoption so when a new one comes along that is simply brilliant, people take notice.One such idea was recently implemented by a pizza restaurant, Just Pizza and Wing Co., located in Amherst, New York, and it has gained some traction. The idea was first floated by the Niagara SPCA Event Coordinator, Kimberly La Russa.

Kimberly worked with SPCA volunteer and pizza franchise owner, Mary Alloy, who is an animal lover. Kimberly had the cool notion to place flyers of adoptable dogs on pizza boxes so she told Mary about it.When she shared the idea, Mary got excited and quickly got to work to implement it.

“Kimberly texted me one night and was like, ‘Hey, what would you think about putting pictures of the dogs on pizza boxes?’ and I just couldn’t wait. We are all animal lovers here, so I got permission from the franchise to do it and immediately got to work,” Alloy told CNN News. 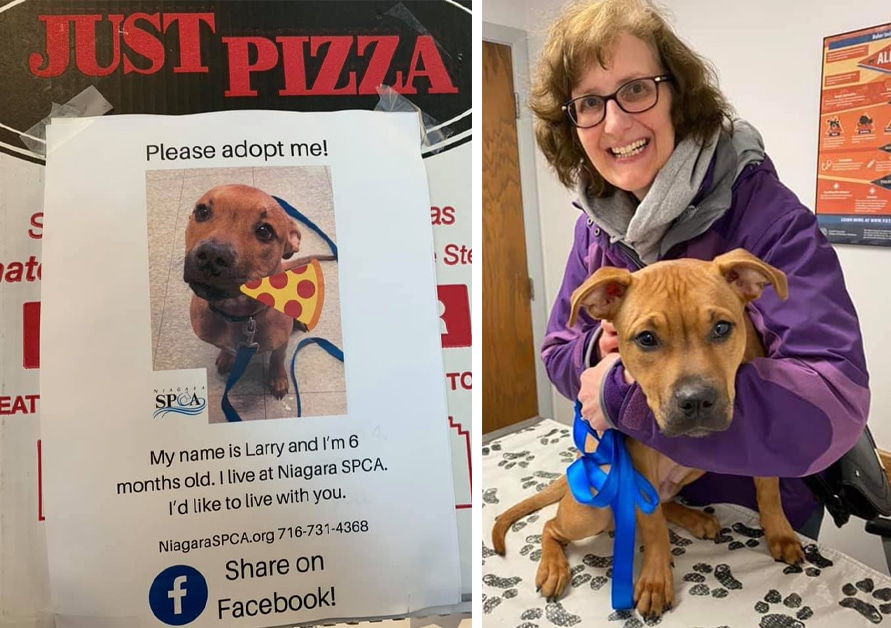 The two women created super cute and engaging flyers featuring adoptable dogs that also encourages recipients to share the information on Facebook. As a bonus, anyone who adopts a dog featured on a pizza box gets a $50 gift certificate from Just Pizza and Wing Co.

So far, the response to the adoption campaign has been great and the pizza customers love it. The idea has also spread and other businesses have picked it up and are running with it.
“Many people want to order a pizza just to get the shelter dog photo, other pizzerias have offered to put flyers on their pizza boxes, and so many people are tagging their friends and family.” 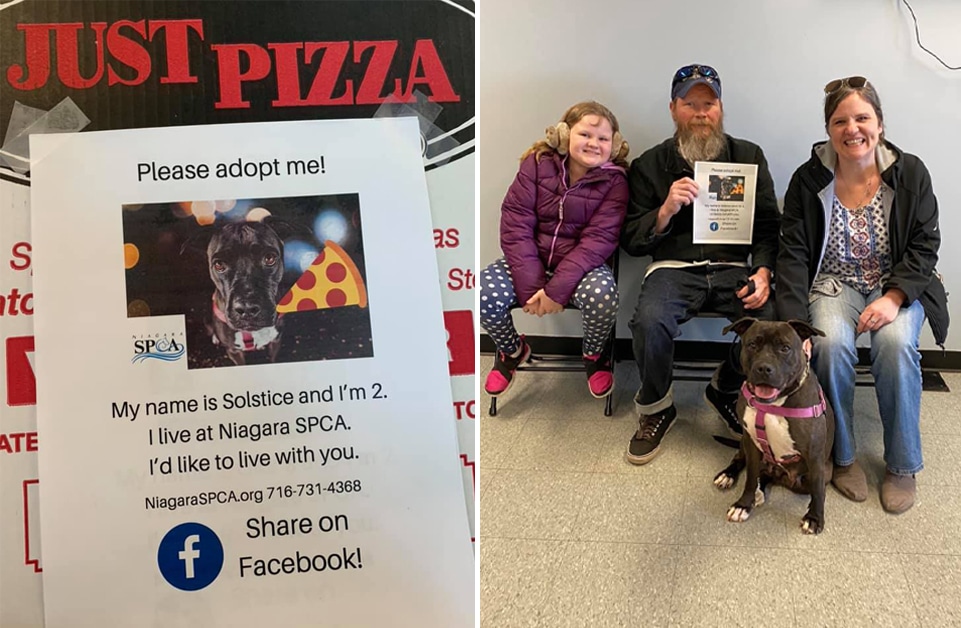 Their next plan is to start featuring adoptable cats on the pizza flyers and they have no plans to stop until all the animals are adopted.

“We’re just going to keep on doing it till they’re all adopted,” Alloy told WKBW.

So far, at least five dogs have been adopted in just the first week after being featured on a pizza box.

Anything that helps adoptable pets find their forever homes is a big win.