After finishing their police dog training, Max and his handler, Officer Constable Peter Lloyd, joined the Dyfed-Powys Police, in Wales. The first day on the job, the two were faced with their first rescue mission.K9 Max, the 2-year-old German shepherd mix, and Constable Lloyd, had completed their police dog training in February when they were called on to take part of a large search and rescue mission on a Wales mountainside on their first shift together.

A woman and her 1-year-old had not been seen or heard from in two days. Her phone was also not working, according to Inspector Jonathan Rees-Jones. Rescuers quickly got to work and soon found her abandoned car.“Thanks to excellent work between teams, the woman’s car was quickly found on a mountain road. Although this gave officers a location to search from, there was still a vast area to cover given the amount of time she had been missing.”

Armed with a clue of their possible whereabouts, the search and rescue team, a helicopter and ground units began searching the rough mountain area. But it was the newly minted K9 officer’s skills that were essentially crucial to finding them.

Rees-Jones said the rookie dog’s capabilities “really came into play” during the search. The woman had become stuck between a ravine and the mountainside. It was K9 Max that heard her cry. 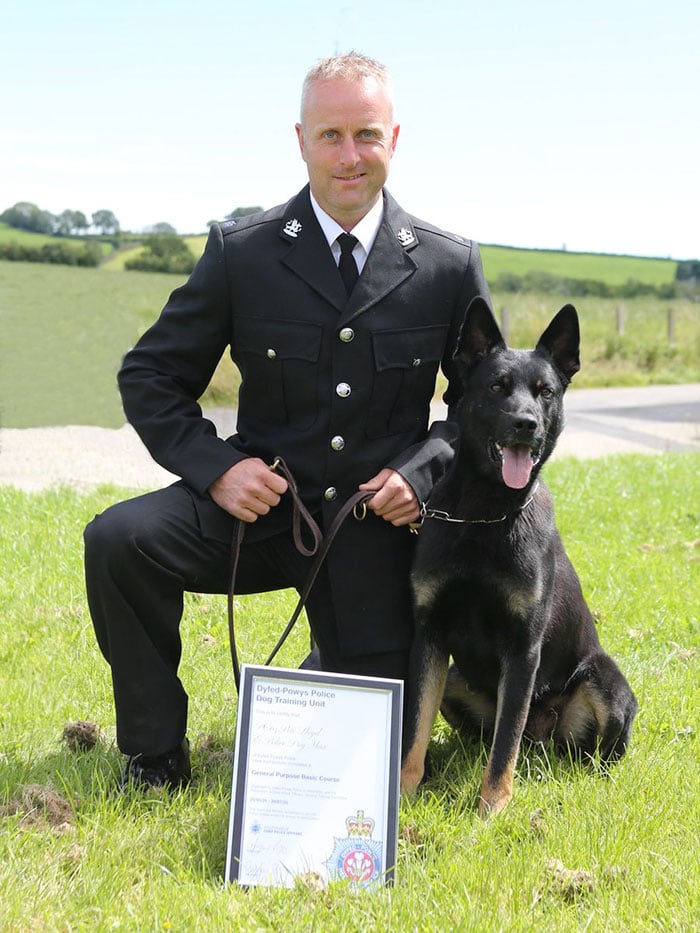 Due to his reaction to the sound, the rest of the team was able to find her. Max and Constable Lloyd were the first on the scene. According to the officers:

“They were safe, but cold, and appeared to have been in the area for a significant amount of time,” Rees-Jones said.
On his first day on the job, K9 Max is already a hero! 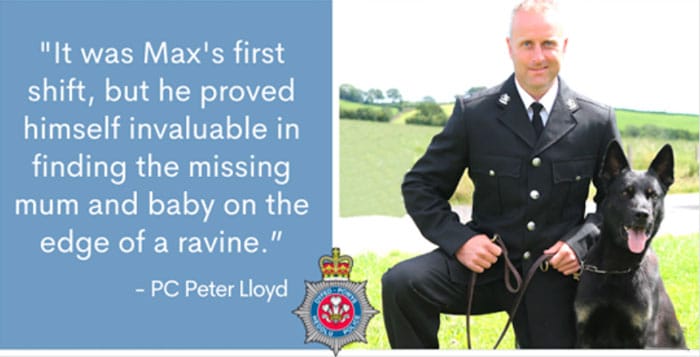 “I was really pleased that during our first operational deployment as a dog team, myself and Max were able to safely locate the missing mother and baby,” he said. “Max remained focused throughout the long search and he proved invaluable.”