Meet Chowder, a 6-year-old potbellied pig who lives with five rescue pups and they’re all the best of friends.
He is even acting like a dog, he proves that he’s just as gentle and lovable as his doggo siblings.Chowder is a Vietnamese potbellied pig, who are known for being intelligent and sociable, they really love a good cuddle.

“When I look at my crew, I see the reflection of who I am in them,” says Shelby, their human. “Their happiness, their safety, their health, their whole lives rely on me and I will never ever let them down.”Chowder and the gang play together in the yard, wear matching collars and never lets their physical differences get in the way of their relationship.

Shelby sees the whole gang as her children, dogs and pigs alike. She also sees Chowder as her son:

“He is like a 3-year-old toddler. He’s my son and these are his dogs” 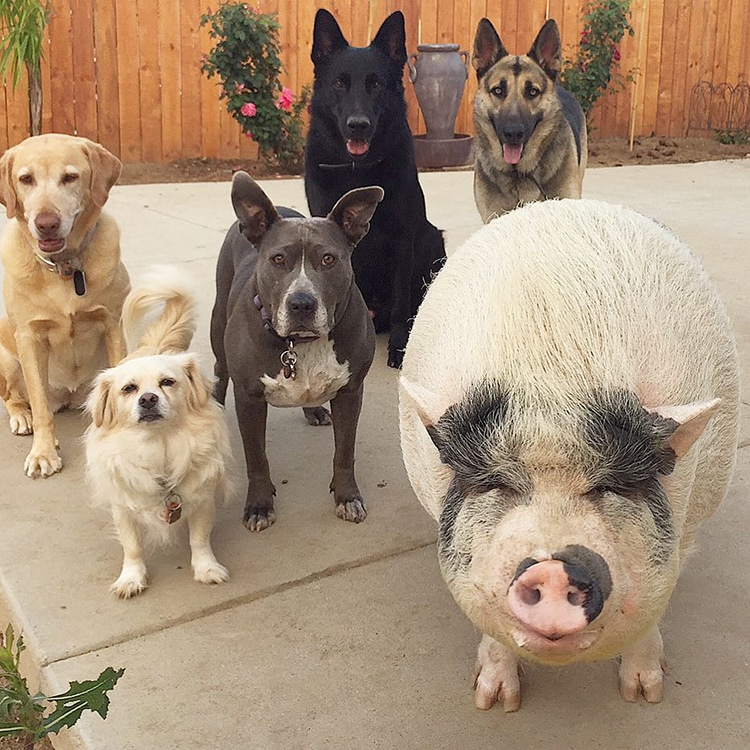 He fancies himself the wisest of the group, which means he is in charge, he is always keeping an eye on things while the dogs are playing around.

“Chowder doesn’t play. He wants nothing to do with silliness. He’s far too mature,” Shelby explains. 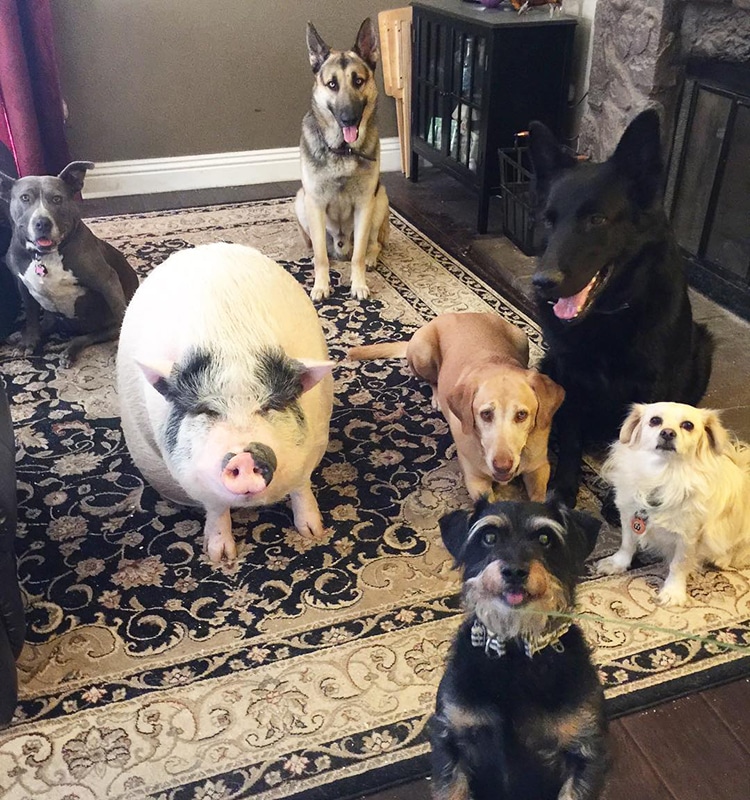 He like to this of himself as a lone wolf and can often be found ‘doing his own thing.’

“I just say ‘everybody come here’ then I tell everybody to sit and stay,” Shelby explains. “That’s when I’m able to start taking pictures.” 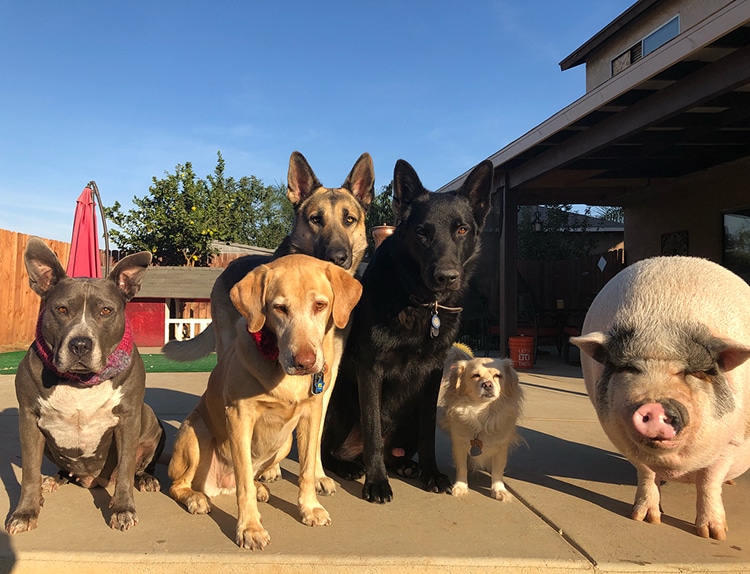 Chowder will also line up when it’s time for everyone to wait until it’s their turn to get their treat.

All in all, Chowder is happy he has a family that love and care for him.

“He didn’t have a good life with his first family,” Shelby explains. “He belonged to a guy who got it for his girlfriend and couldn’t keep it anymore. He was kept on the side of the house.” 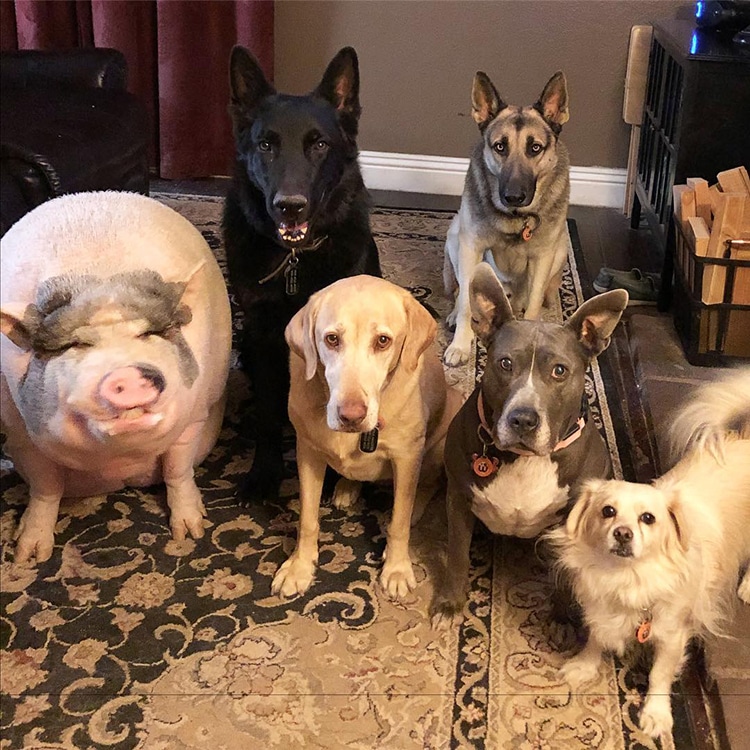