Meet Dhritiman Mukherjee, a talented Indian wildlife and conservation photographer who has dedicated his life to the protection of animals.
20 years and 280 days of the year spent in the field, it’s no surprise he has seen his fair share of amazing moments.Our favorite is this spectacular picture of an endangered crocodile captured carrying his babies through the water.

The crocodile is a male gharial crocodile who are the largest of all the living crocodiles. An ancient species who were first depicted over 4,000 years ago have had their population dramatically declining since the 1930s.This makes the photo even more special, this father is definitely doing his part to help the population growth who is just under 1,000.

“This male had mated with seven or eight females, and you can see that it was very much involved,” shares Mukherjee. 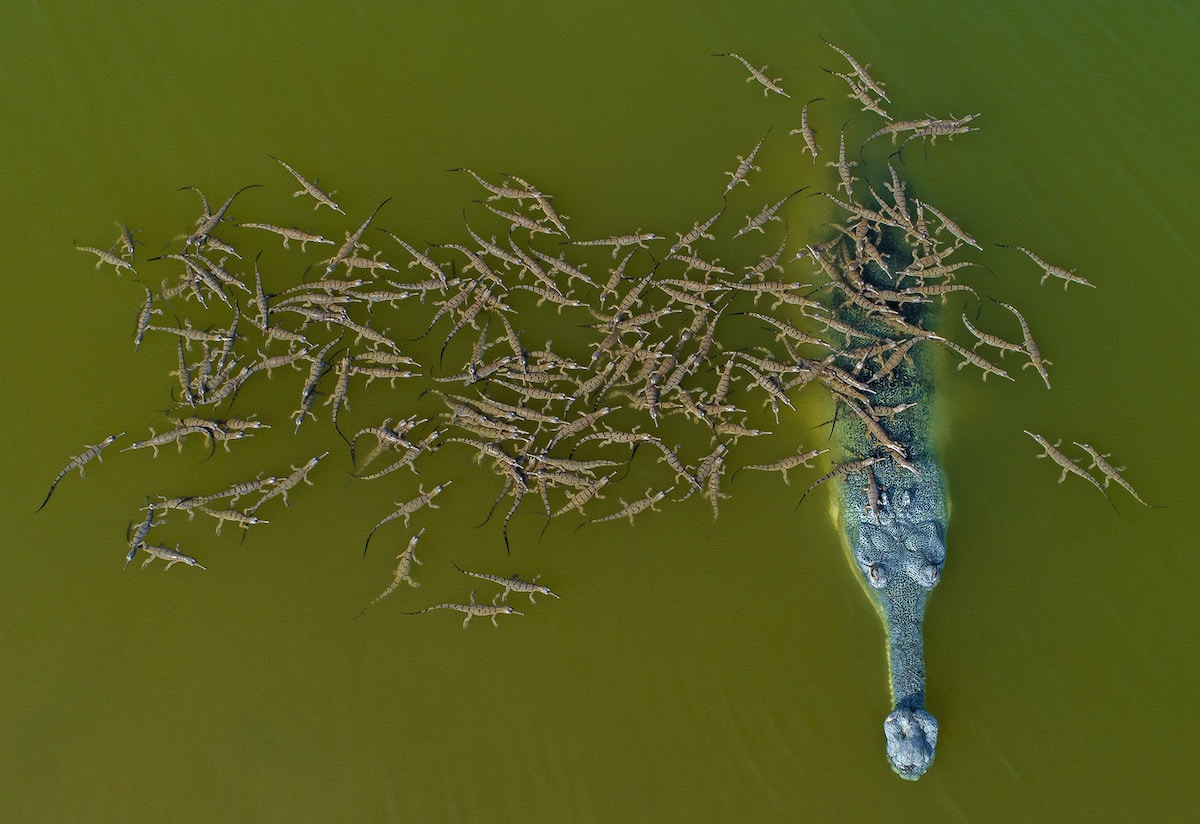 “Normally the gharial is quite a shy crocodile compared with the saltwater and marsh crocs. But this one was very protective and if I got too close, it would charge me. It could be very aggressive.” 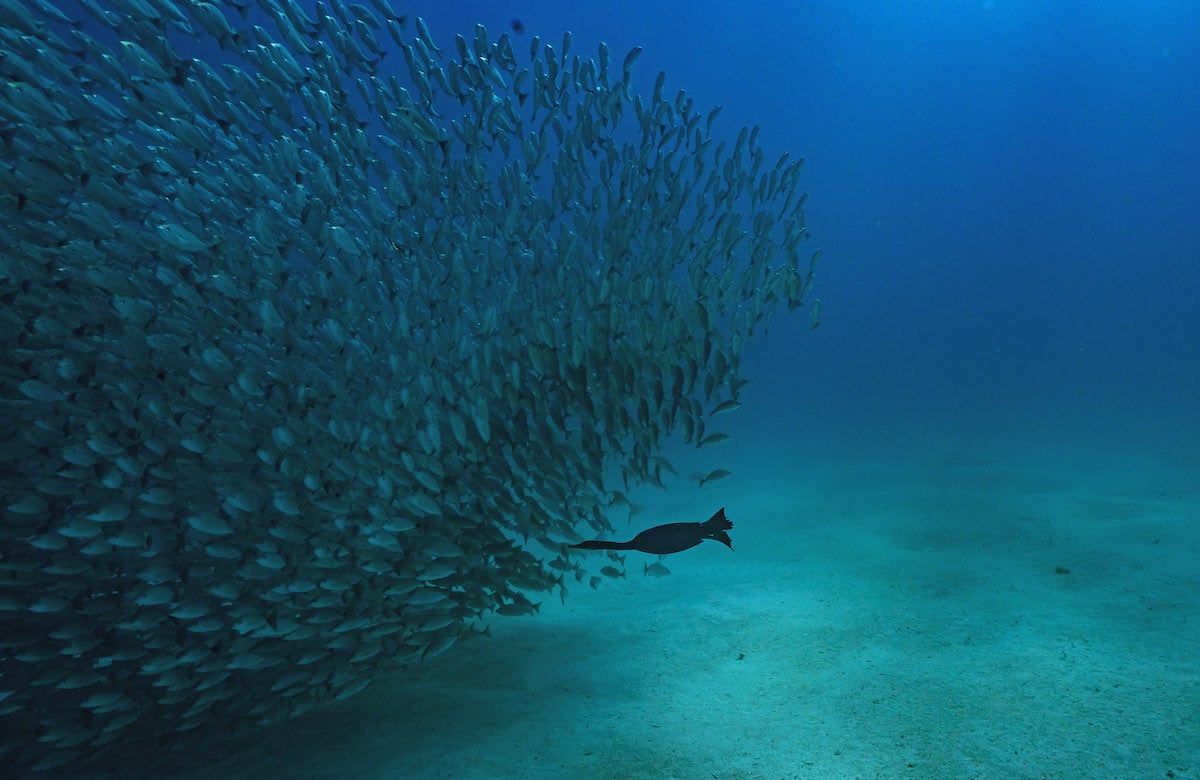 It’s not unusual for crocodiles to carry their young, but they would usually use their mouths to transport their young. Due to the gharials odd shaped snout, this wouldn’t be possible, so they resort to other means, just as you can see. 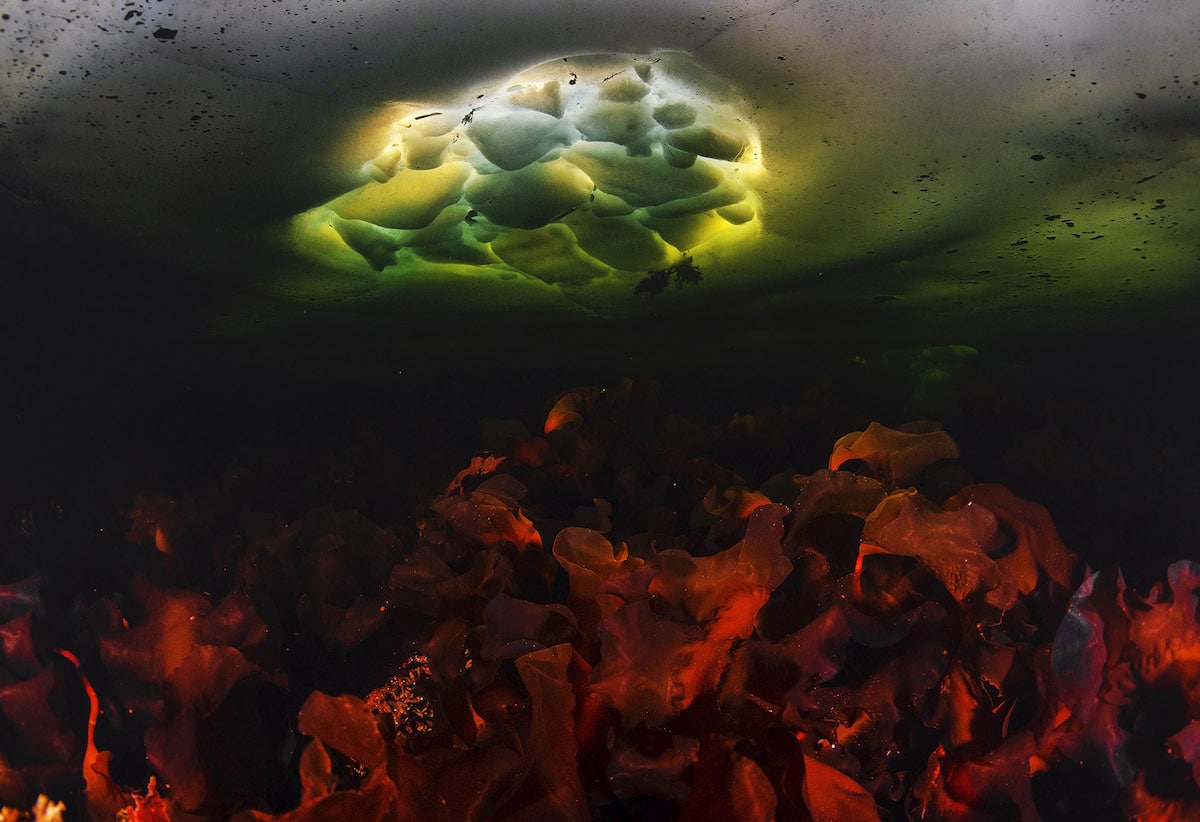