Our pets provide one of the biggest blessings in our adult lives, and we’d do anything to keep them safe.But there is a small minority of people in the world who really don’t deserve the responsibility of owning a pet. Some people seem to forget that owning a pet is a long term commitment, leading to neglect and sometimes even abuse.

Sadly, that was the case for this story, when police carrying out a drugs raid on a property in Tustin, CA, came across a puppy who was discovered to have drugs in his system. Luckily, the police officers were able to rescue the poor pup and take him to a nearby shelter where he was treated for substance abuse.

And it seems that the puppy remembered the act of kindness from the police officer – as when the pair were reunited a short time later, the pup seems overjoyed to see his rescuer! The sweet reunion was caught on camera and posted onto Facebook for us all to see, and if this doesn’t brighten up your day then we don’t know what will.

Bubba the Jack Russell pup was estimated to only be around 5-6 months old when police discovered him in a drug raid. 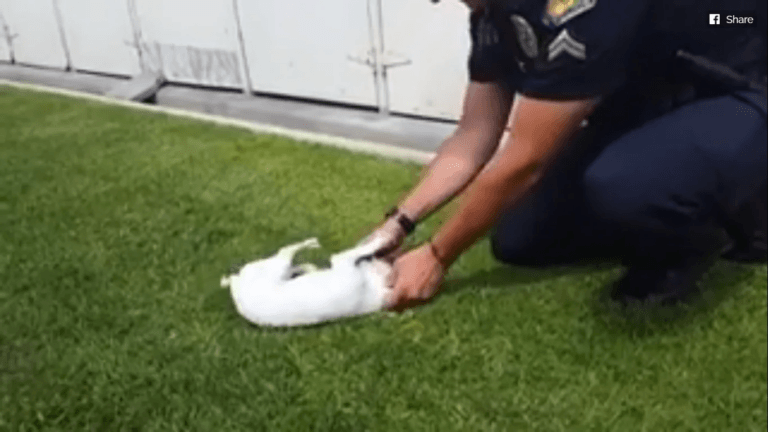 The officers immediately jumped into action and took Bubba to Orange County Animal Care where he could be cared for as the drugs left his system. We’re not given information into how the drugs got into the tiny puppy’s system in the first place, but we can only hope that it was purely accidental. Either way, Bubba’s owners had proved that they weren’t deserving of owning a pet.

In May 2019, two months after the raid, officers decided to throw a special surprise for Bubba.
The sweet puppy was settling in well at the rescue shelter, and one officer in particular wanted to pay him a visit. Officer Laurich had been the one to take Bubba during the raid and get her into custody, and the pair had formed a close bond during that short period of time. He wondered if the little pup would remember him from all those weeks ago, and he couldn’t wait to see him again. 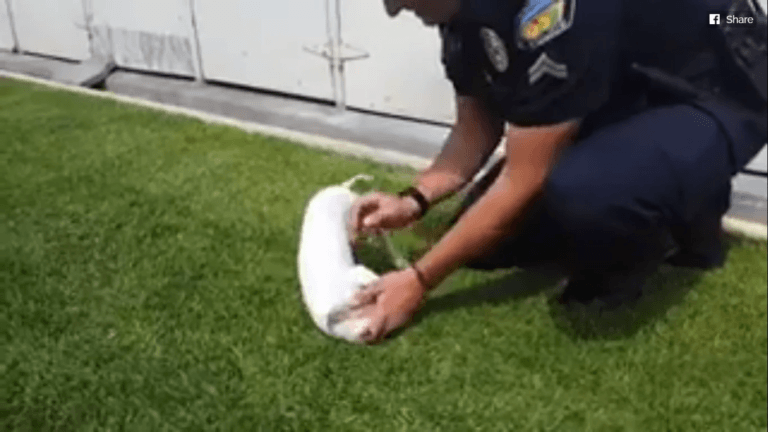 The day came for Bubba’s surprise, and shelter staff made sure they had the cameras rolling to film the special moment that Bubba was reunited with the officer that saved his life.

It was a tense moment as Officer Laurich first stepped into the outdoor pen where Bubba was playing – but it was instantly clear that the little dog remembered the officer all too well.

Bubba joyfully runs over to Officer Laurich and rolls over onto his back for some belly rubs.
His tail can’t stop wagging and he gives his hero plenty of kisses to show just how grateful he is to have been rescued. 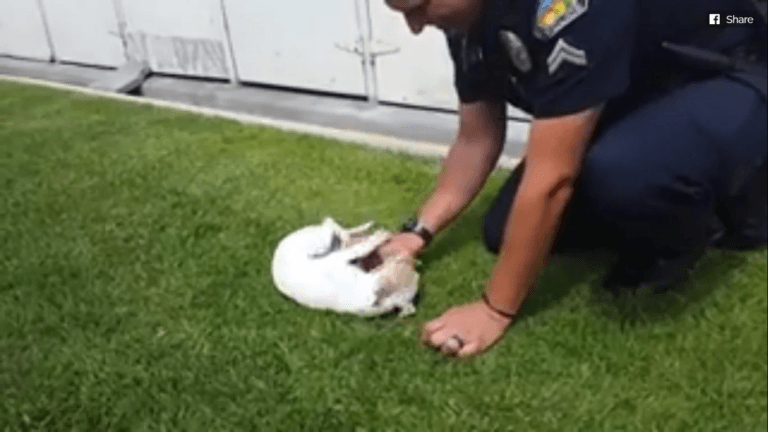 The emotional moment was shared onto Facebook by Tustin Police Department, with the caption:

“We have received many requests asking about Bubba who was taken into custody in March due to drugs in his system. Today we visited Orange County Animal Care and reunited Bubba with Officer Laurich. Officer Laurich is the original officer who took Bubba into custody. Bubba looked very healthy and happy and both he and Officer Laurich seemed to thoroughly enjoy their time together.

Per Assistant Director Katie Ingram, Bubba has adjusted very well and is one of the staff favorites. She also said Bubba is very social, and has multiple rescue groups waiting to take him when he is released. Bubba is estimated to be 5-6 months old. We loved seeing Bubba today and hope you enjoy our Bubba update.”