Rescued animals seem to have an appreciation for those that save them. Their bonds with their rescuers are deep. And, that also includes wild animals.Such as this raccoon named Little Hands that was saved from the side of the road when he was just a baby. He was just weeks old and too young to take care of himself when he was discovered in June.

Thankfully, Nikki Robinson, a wildlife rescuer, found Little Hands and saved his life. Other animals are not always so lucky. According to her, their limited options usually include letting nature take its course, taking them to a vet where the animal may be euthanized or giving the animal to a wildlife rehabber.

Robinson was at the right place at the right time and took Little Hands in. Knowing she could not care for him alone due to her work schedule, she asked her mom for help. Her mom, Linda, agreed to foster Little Hands, which included bottle feeding him up to five times a day. 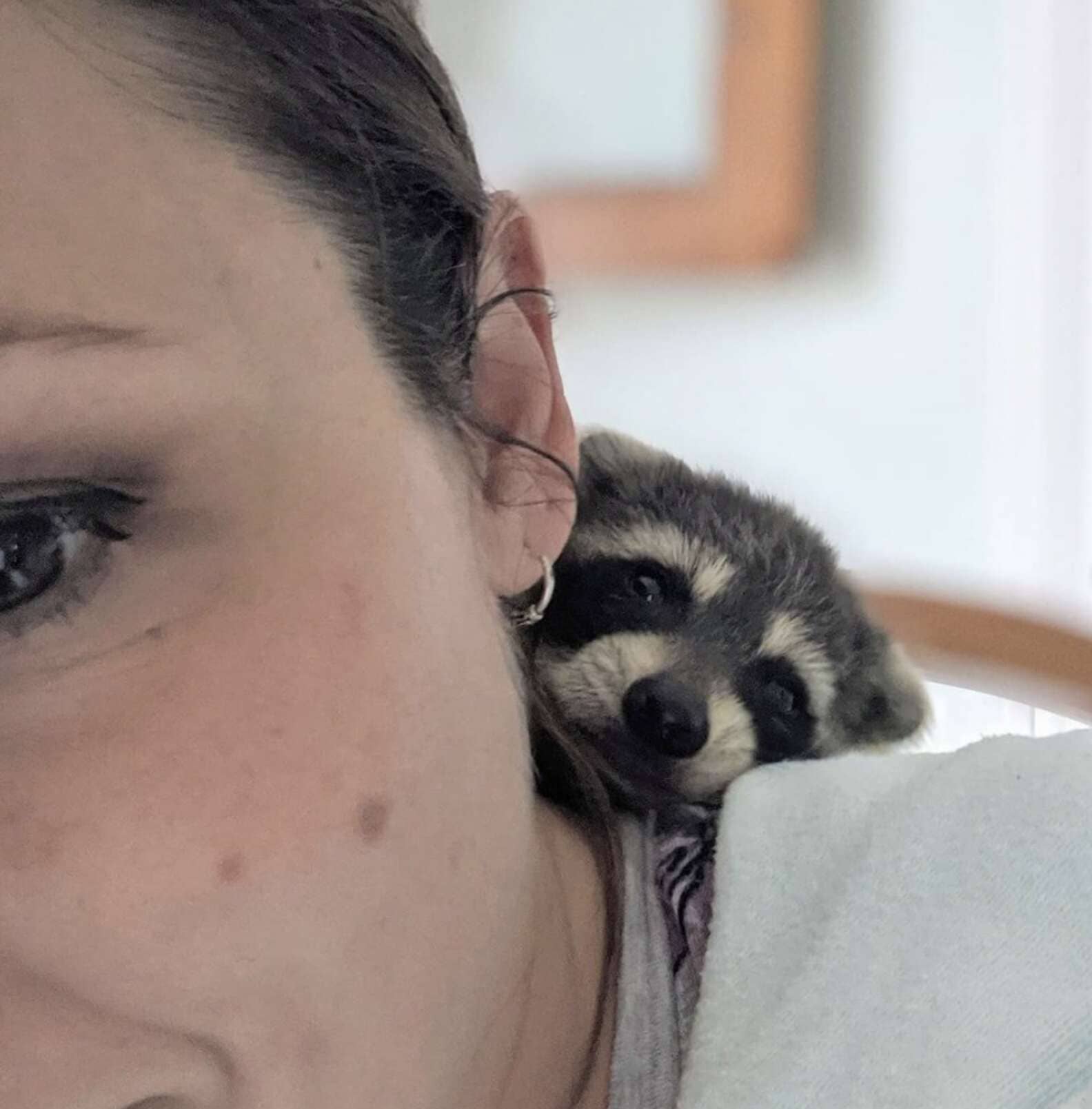 Under her care, Little Hands thrived and by the end of summer was ready to be released back into the wild. Although he belonged in the wild, the grateful raccoon has continued to visit his rescuer for a snuggle for three years. The creature also loves his belly rubs, snacks, and the attention she gives him. 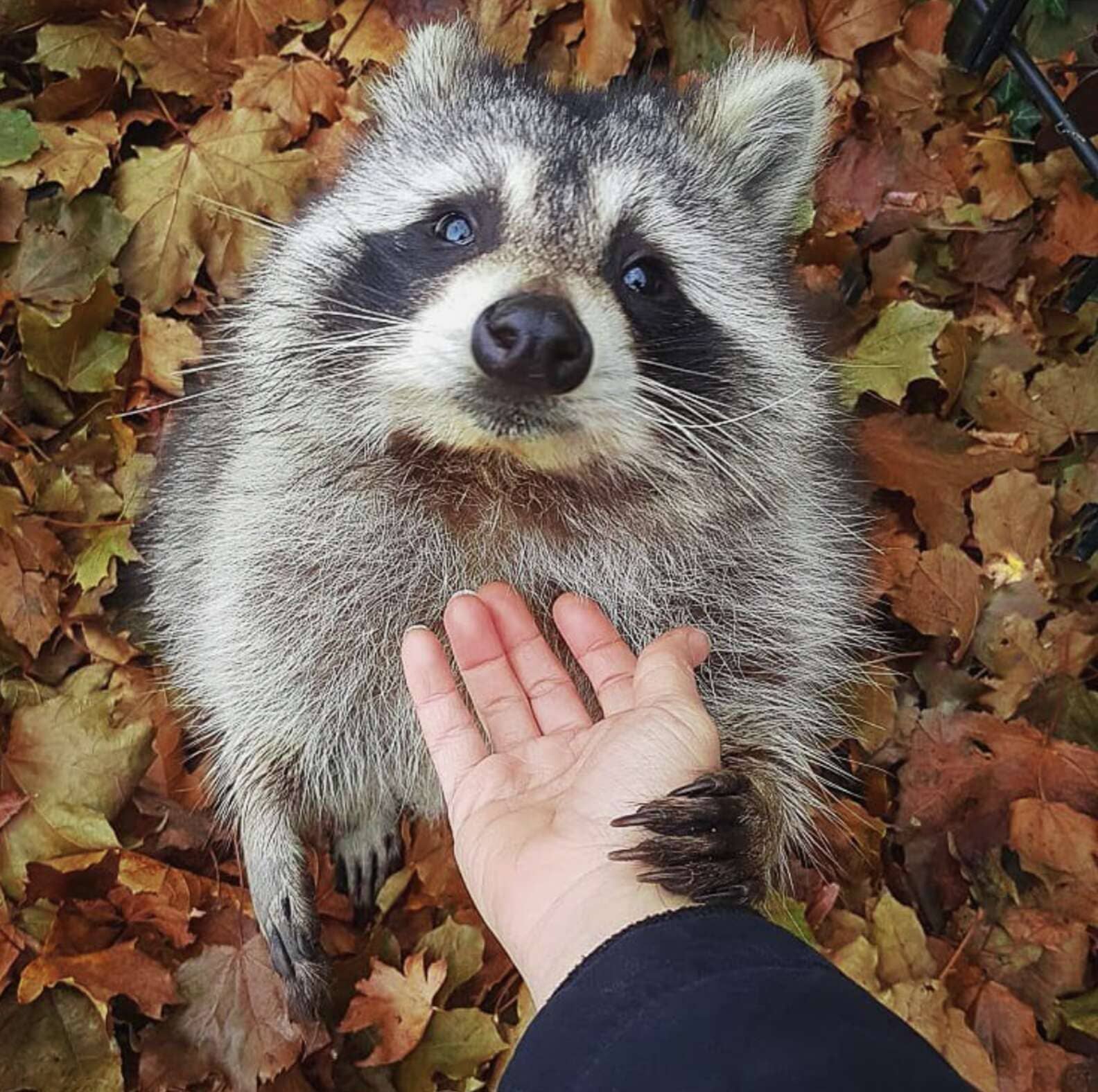 “[My mom] has a porch swing where she sits outside, and he would come up and literally crawl onto the swing and sit beside her and just want his butt and chin scratched,” Robinson said. “He wanted his snuggles, then he’d have his food and wander off.” 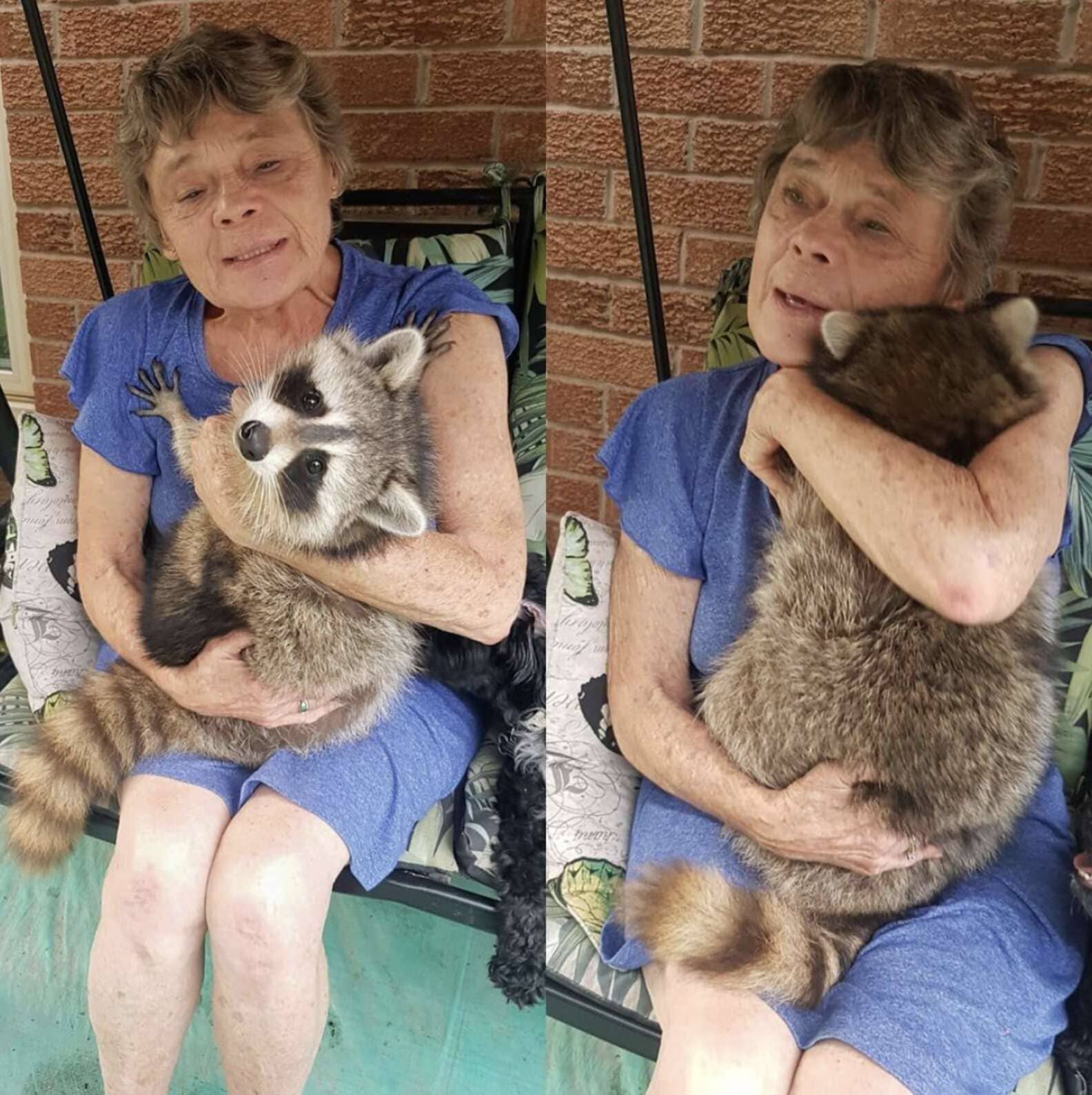 Linda has rescued many raccoons since Little Hands left her home but he still holds a special place in her heart.

“Every day, she sits outside and waits, and even when they’re grown up, they’ll visit her and she just lights up and she just loves it,” Robinson said. “They love her, too — she’s just Mom.” 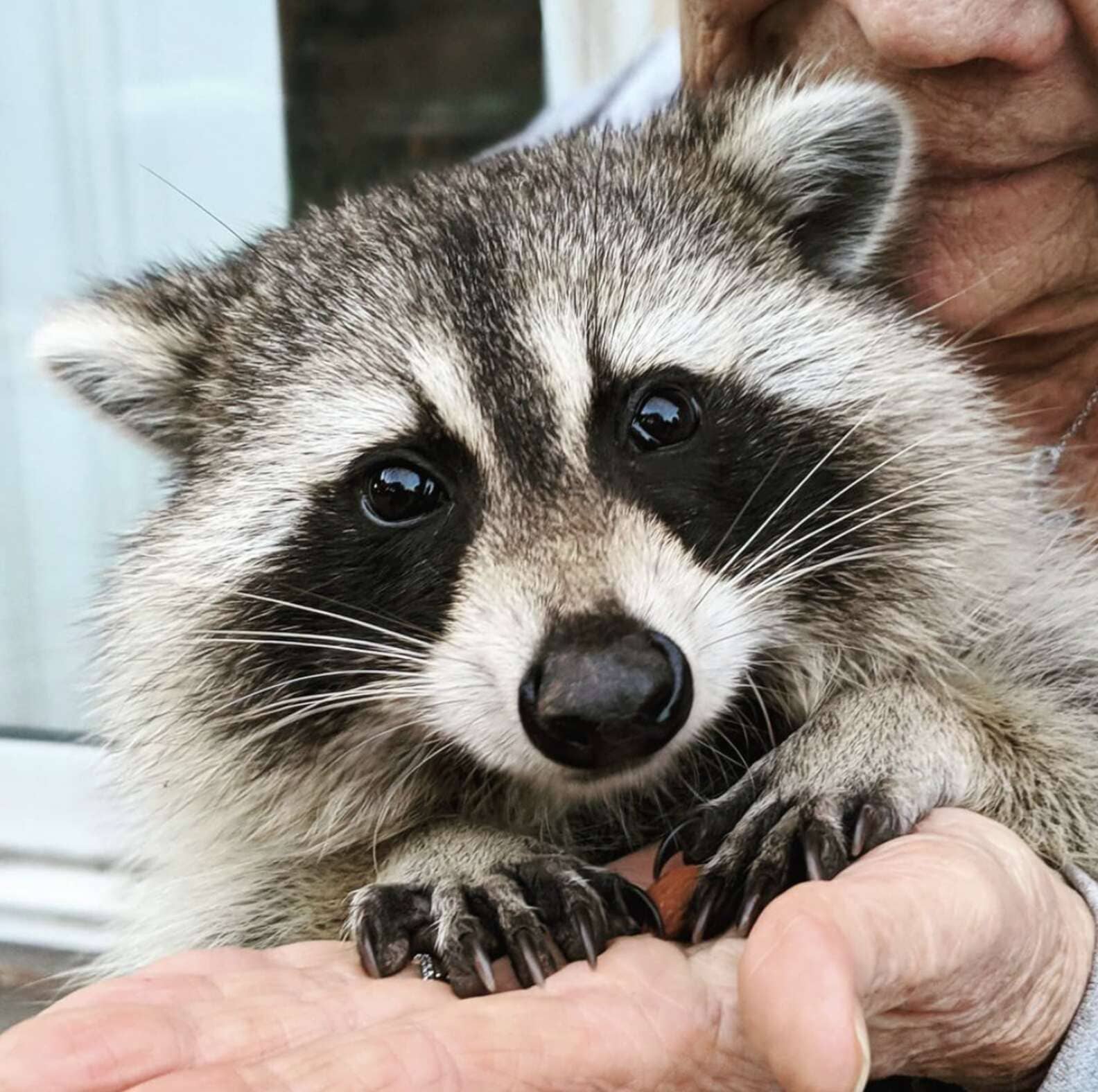