There is nothing more heartwarming than witnessing a rescue dog’s first ride toward freedom from the distressing shelter. As they head off toward their forever home with their new owner, they seem so know that they are finally safe.Often these dogs show their appreciation with giant smiles, wagging tails, and lots of excitement. No matter how scared they are, one look into their grateful eyes and there is no doubt they know they’ve been saved and that there will be better days ahead.

Some dogs like sweet Stanley seem to show more appreciation than others. Stanley was a 6-month-old puppy who was rescued from an abandoned home where he was found living with his mother. The scared pup was taken to a shelter in hopes that he would quickly find his own forever home.

While there, the shelter approached Sam Clarence a volunteer dog walker for the Bull Breed Rescue in Christchurch, New Zealand, and asked him to foster Stanley for a few weeks. 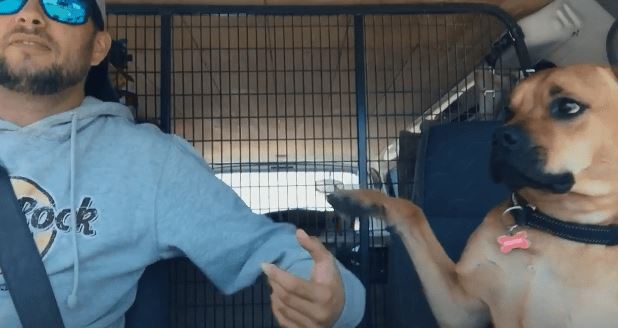 Sam went to the shelter to meet Stanley but as soon as Sam laid eyes on him, he knew right then that he was not going to foster him. Rather, he knew in an instant that he was going to adopt him instead. 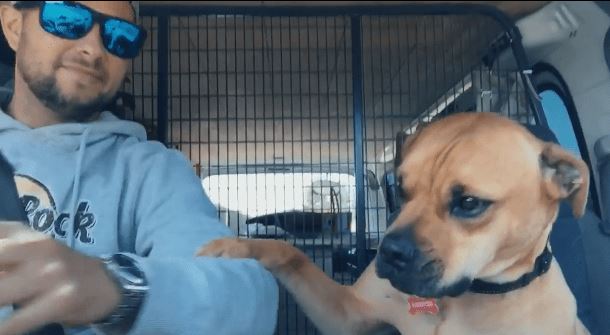 The pair bonded immediately and Sam took Stanley home. On the way, Stanley refused to let go of his new dad and kept a paw firmly on his arm. It was as if the sweet dog was saying, I’m never going to let you go. 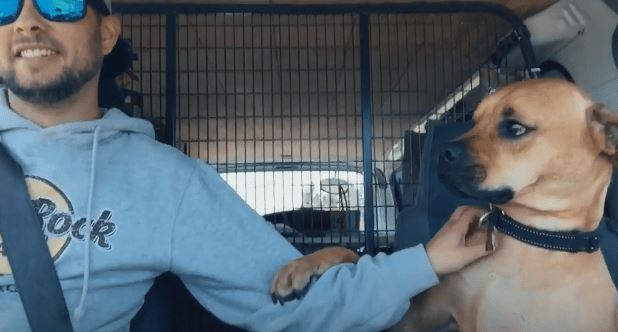 Once home it became apparent that although Stanley bonded to Sam, he had some fears he would have to overcome in his new life. The first of which was getting out of the car, which took him over an hour. 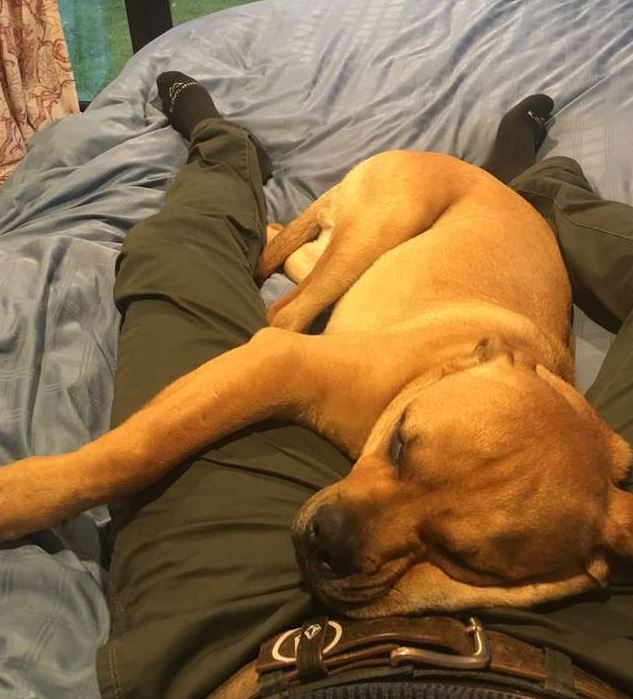 Once he was finally out of the car and safely inside his new home he was fed, given a bath, and found his comfy bed. It was then that Stanley started to make himself at home, although this “Velcro dog” still had to be as close as possible to his new dad.

Today, Stanley is a very happy and confident dog. He and his dad go on lots of outdoor adventures and he loves to swim in lakes and ponds. However, he still likes to cuddle and touch. Even when he’s sleeping, he always has to have one paw on dad. 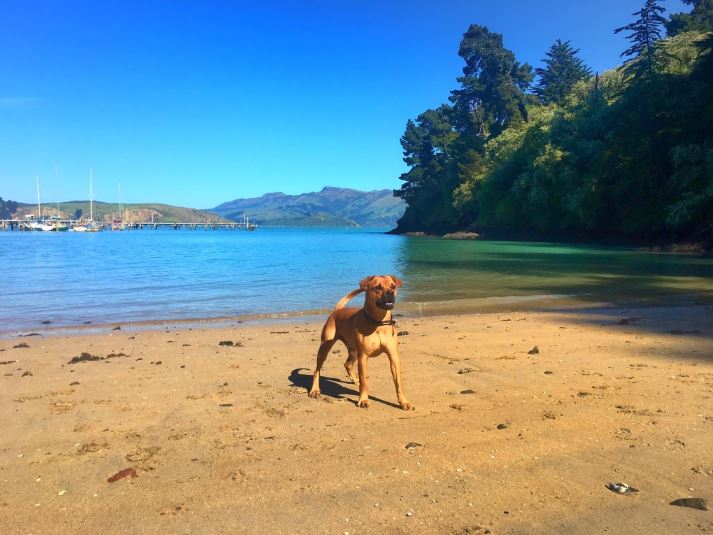 Cat Saved From Shelter Finds His “Brother From Another Mother”, And Is Now Obsessed With It