Most dogs don’t like cats, so many pet owners think that dogs and cats are born enemies. But in reality, there are some dogs who are so friendly that they are willing to befriend almost any animal they meet.Meet Bubba, a handsome and friendly pit bull who loves caring for kittens.

Although many people still discriminate against his breed and think he’s a scary dog, Bubba is actually very sweet and gentle.Bubba was rescued by his mom, Rebecca Pizzello, from a shelter in Phoenix, Arizona, six years ago when he was only 3 months old.At the same time, Rebecca’s roommate rescued a litter of kittens and fostered them until they were old enough to be adopted.

Rebecca and her roommate were surprised by Bubba’s reaction. Instead of bothering the kittens, he made friends the entire litter. He was obsessed with the kittens, so he decided to become a big brother to care for them and protect them until they found forever homes. 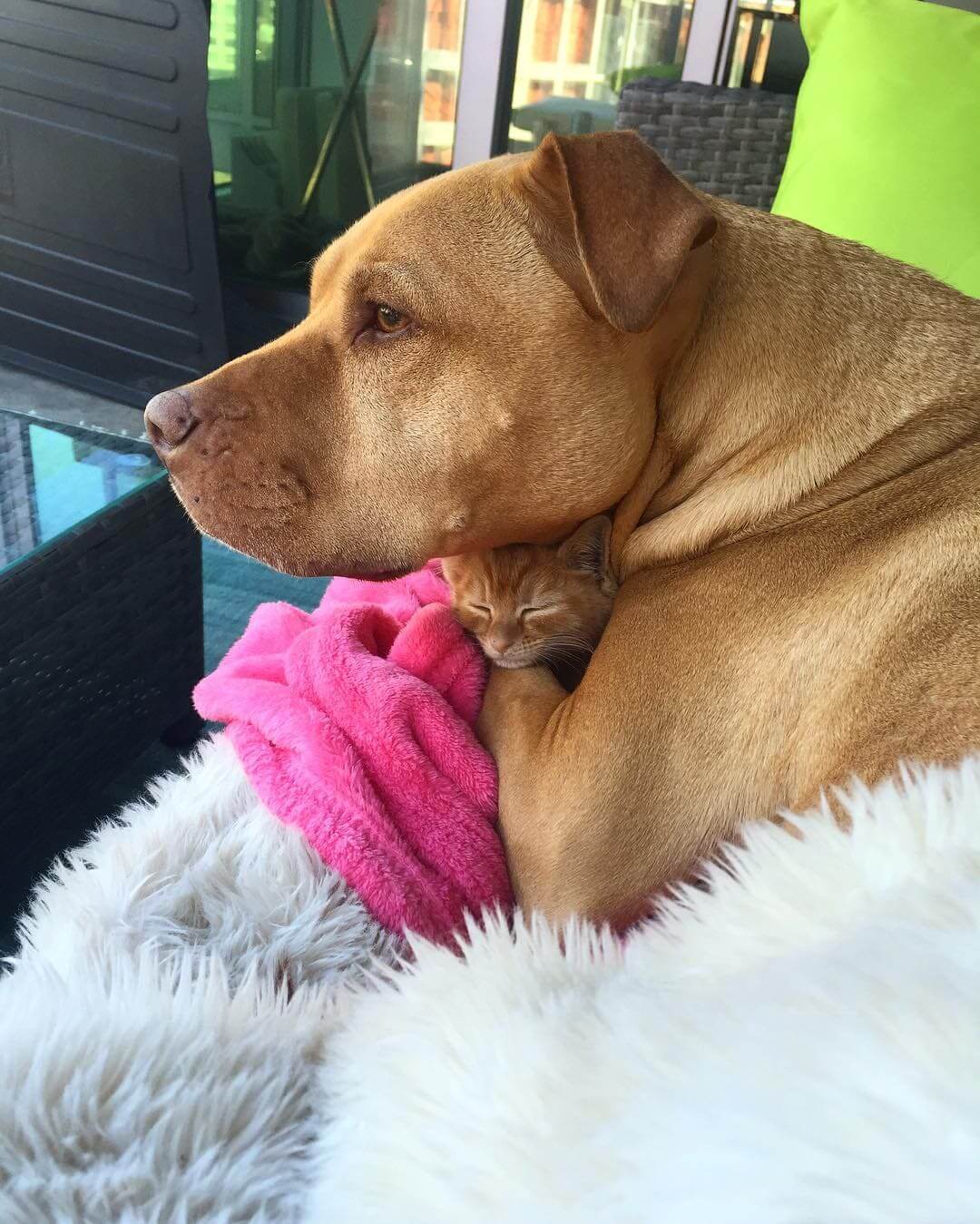 “Since then, Bubba has had an endless affection for cats, like, literally obsessed. I always knew he’d love having one of his own, but I wanted to wait until we moved to New York City this year,” Rebecca told The Dodo. 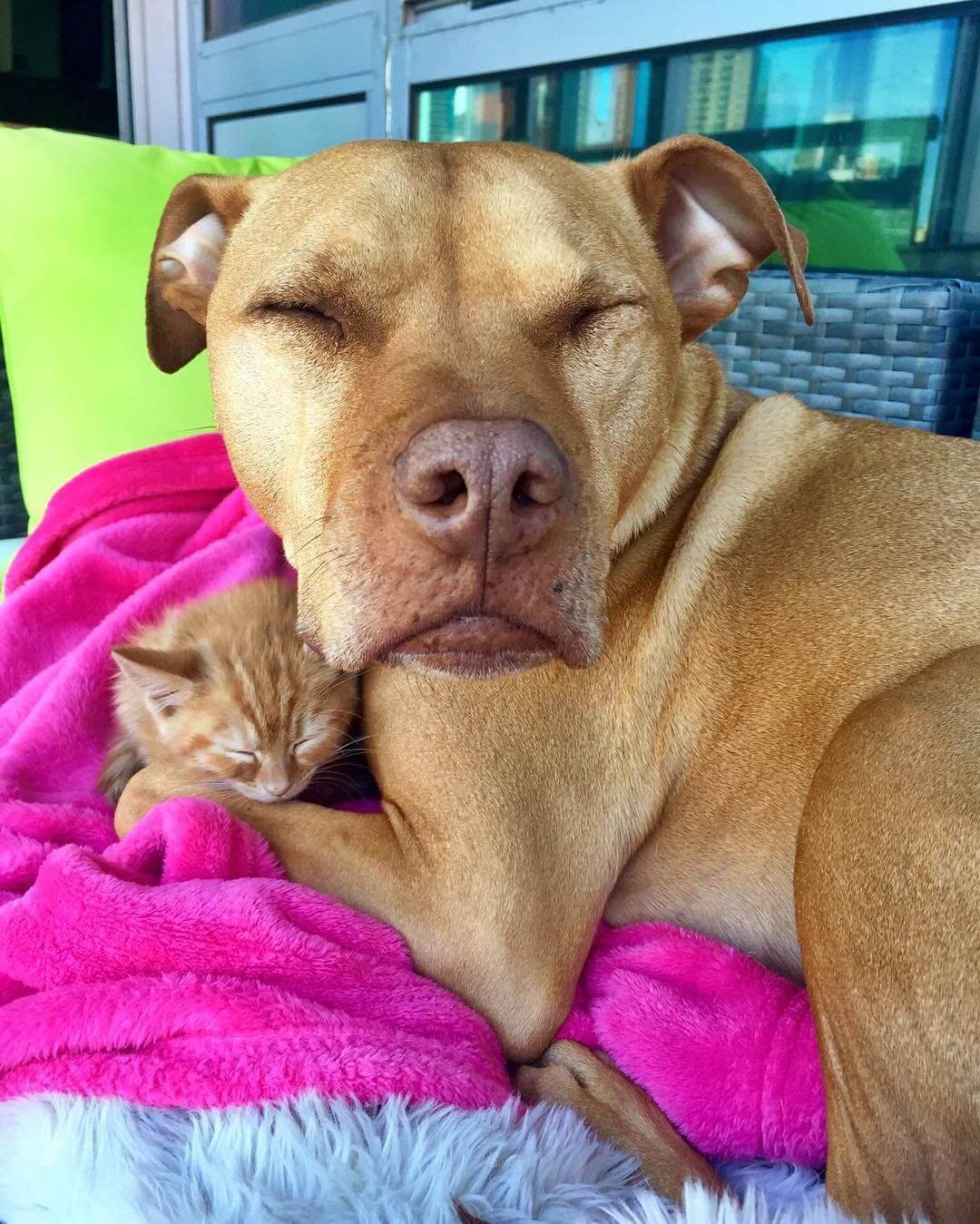 Rebecca knows that Bubba loves kittens, especially small animals, and he had always wanted a kitty of his own. For this reason, she sent adoption applications to some rescue centers. 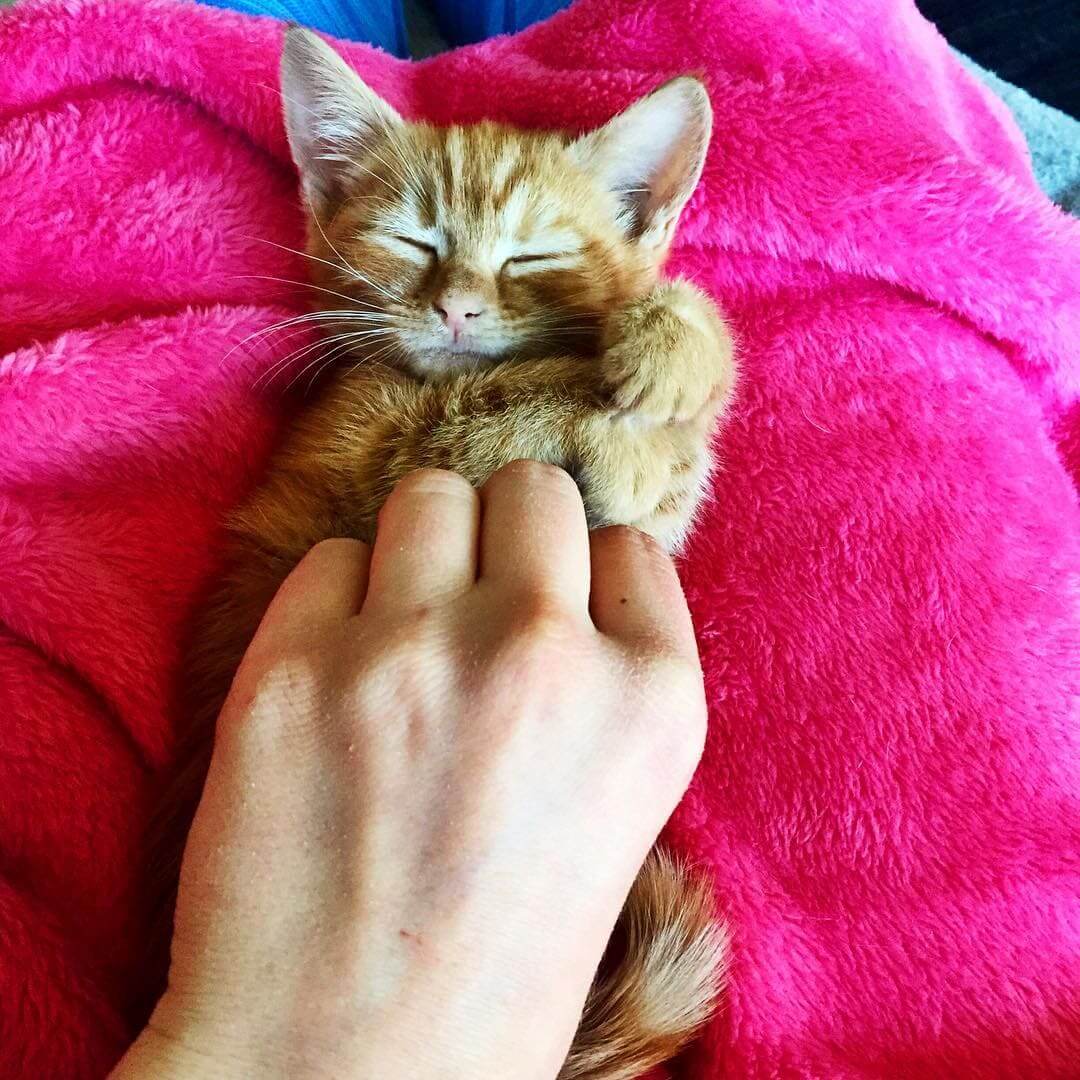 After weeks of applying for a rescue cat, Brooklyn Animal Action informed her that a kitten was looking for a forever home. 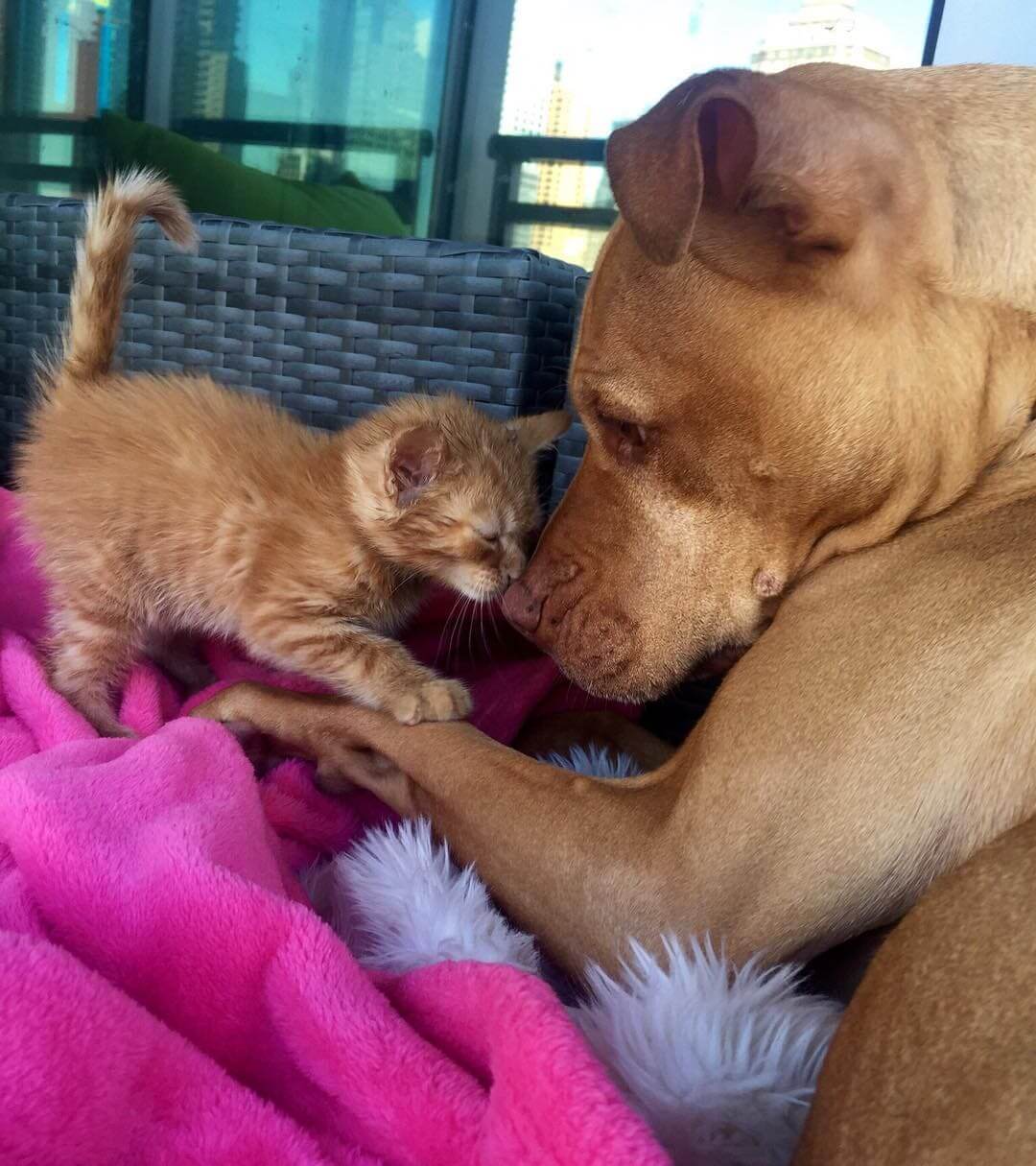 Since then, the two have bonded instantly and have become inseparable. They love to do everything together. They play, cuddle and sleep together. Bubba takes care of Rue like he’s her dad. Rebecca is the luckiest pet owner in the world.