Rescue Pittie Charlie absolutely loves his new family, and he has proven it time and time again.One day, he saw his human brother Donald get stung by a hornet, so he quickly alerted his family.Thanks to his actions, Donald’s mom got to treat him quickly and rush him to the hospital.Charlie the pittie was rescued from an abusive home a year and a half ago by Candia Merchant’s boyfriend. The sweet pup has since made sure that his new family knew just how much he loves them.

Going from having nothing to having everything, the pup has decided to become the family’s protector.Candia, mom of 3, told The Dodo, “If Charlie thinks any of us are hurt or even out of his sight, he won’t stop until he can go investigate for himself.”The sweet pup’s favorite human is his 14-year-old human brother, Donald.Last month, Charlie showcased his heroics when he spotted Donald in a medical emergency.

Donald was looking for his fishing tools in the shed when he got stung by a hornet. 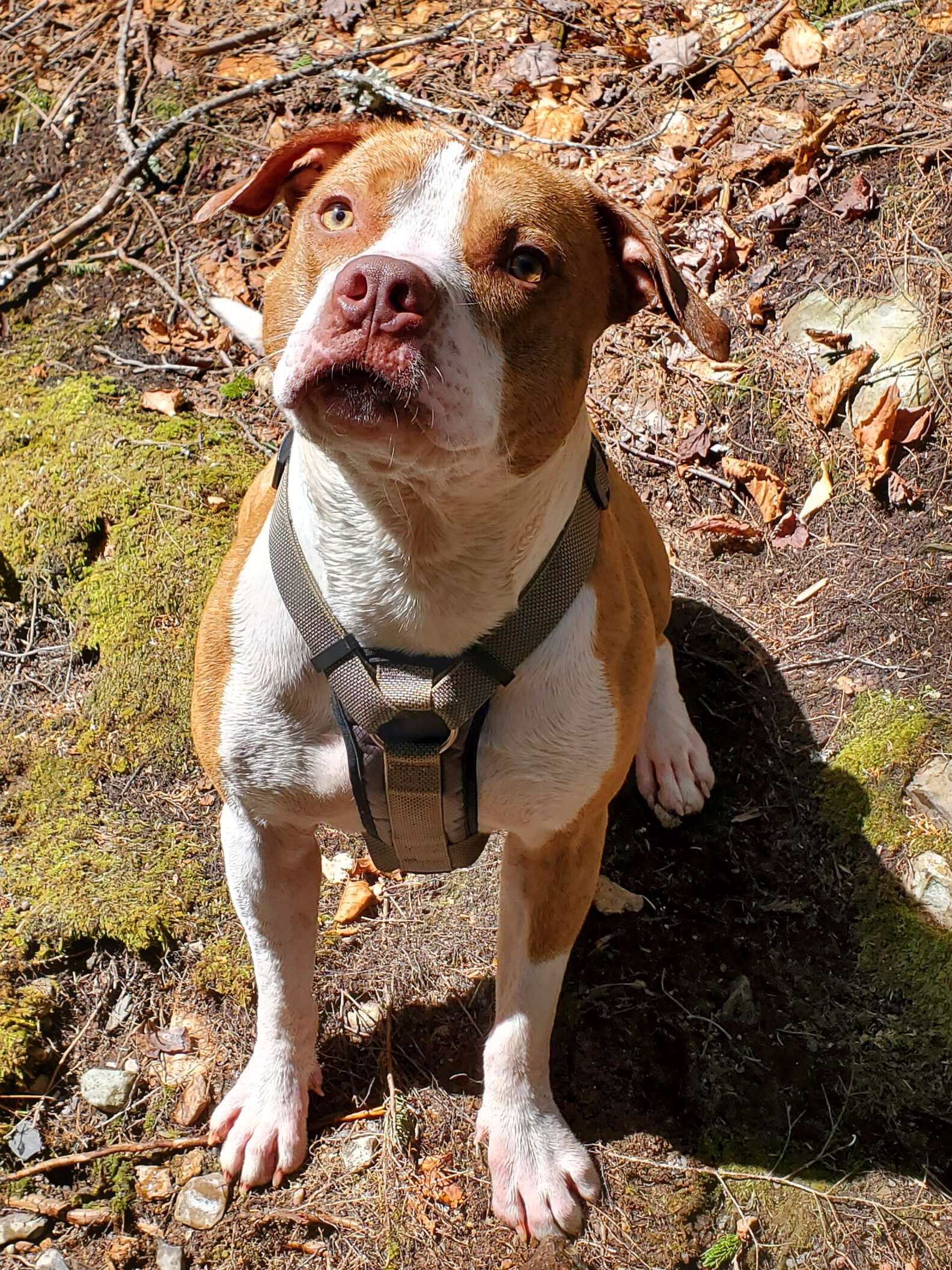 No one in the family, who were busy cleaning the house, saw the incident — except for Charlie, who was keeping watch from the living room window.

Candia recounted how Charlie started running around desperately while barking at the window. “We could tell there was a reason, as Charlie doesn’t bark that much. Charlie knew Donny was in trouble… and was not stopping ’til we took notice and went out to see,” she said. 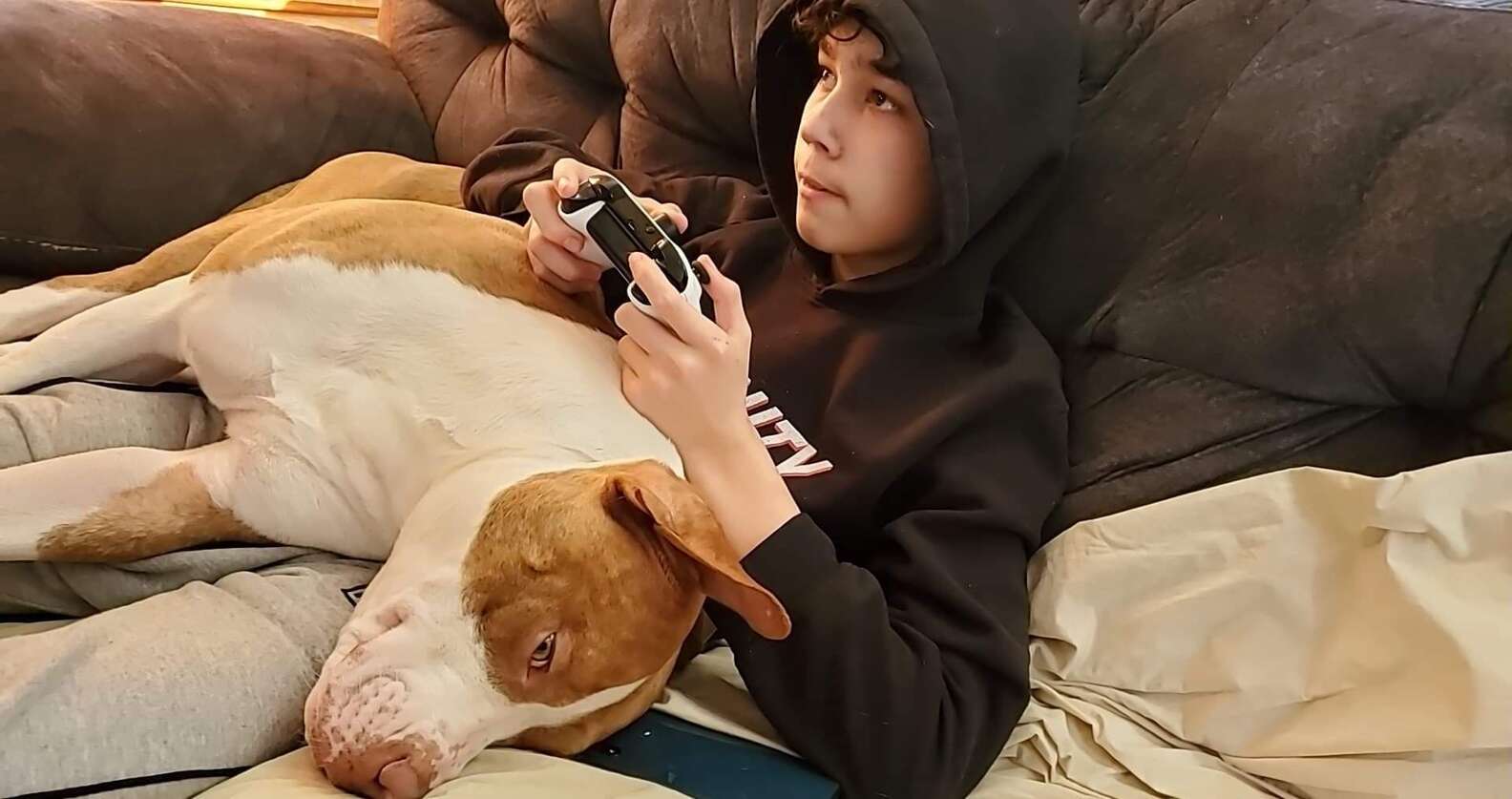 When Candia looked out the window, she saw Donald struggling to breathe as he lay on the ground. As she ran outside, the still-barking Charlie followed.

She did not know her son was allergic. But she then recognized the symptoms of the allergy that she also had, so she quickly gave him her medication and rushed him to the hospital.

Donald made a quick recovery, thanks to Charlie’s quick actions. 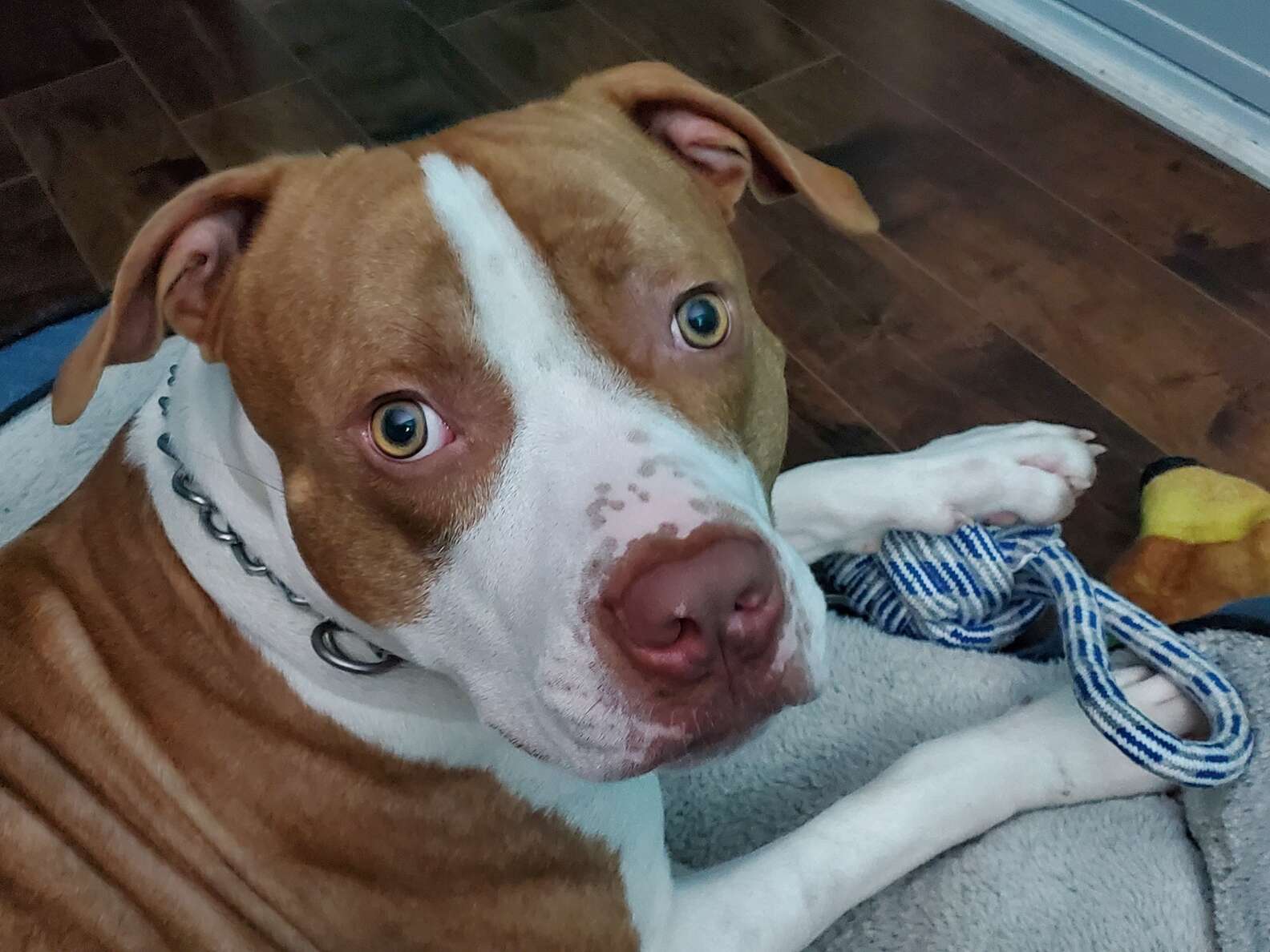 Since then, “Charlie refused to leave his side for almost two weeks,” Candia shared. “He would lay on him, sit on him and follow him everywhere — even to the bathroom.”

Charlie has proven to his family that they’re all in safe paws under his protection. 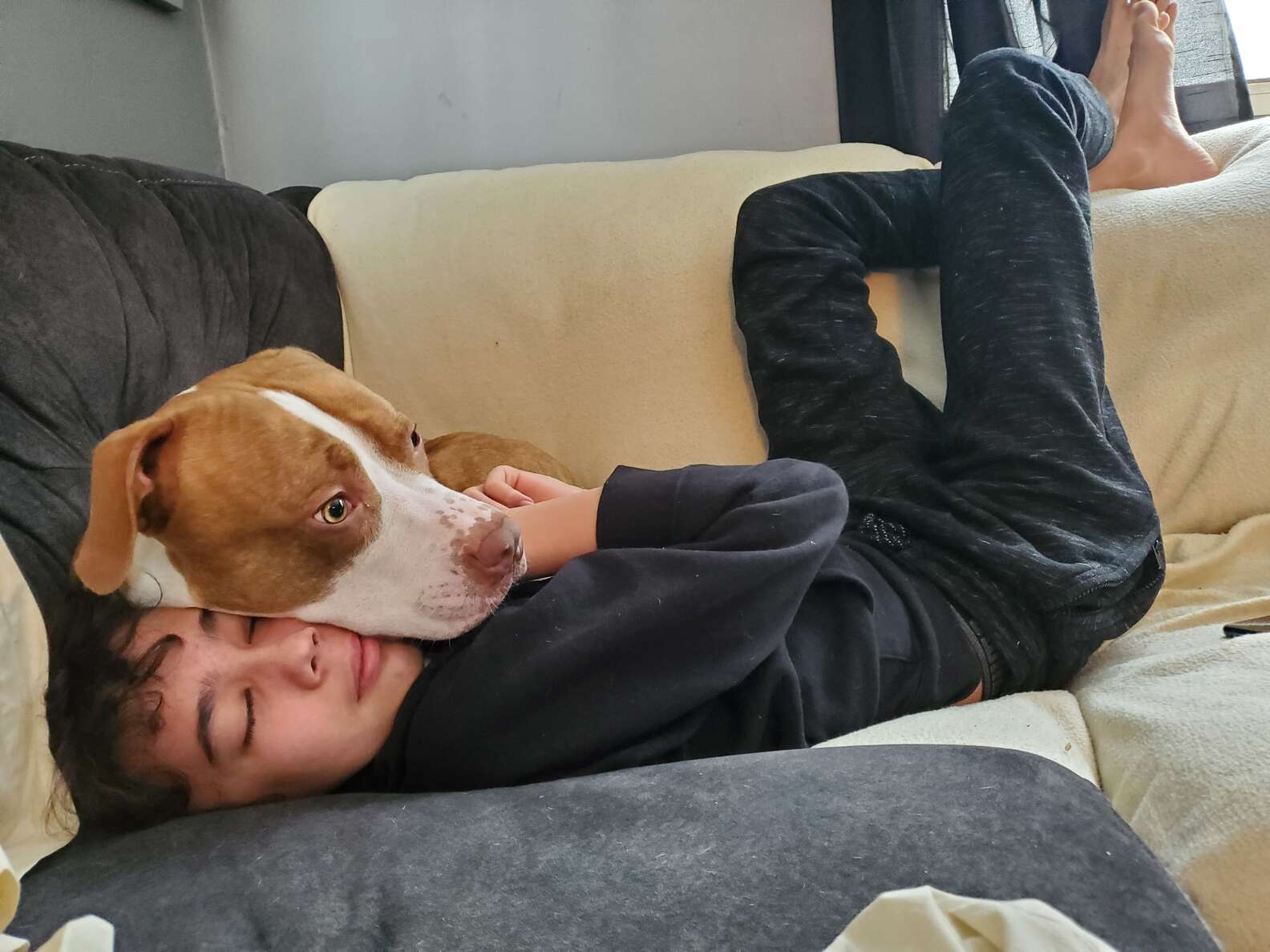 Candia said, “I know if it wasn’t for Charlie, Donny would be dead. Charlie wasn’t stopping until he got our attention.”

This sweet rescue pittie is definitely the best boy! 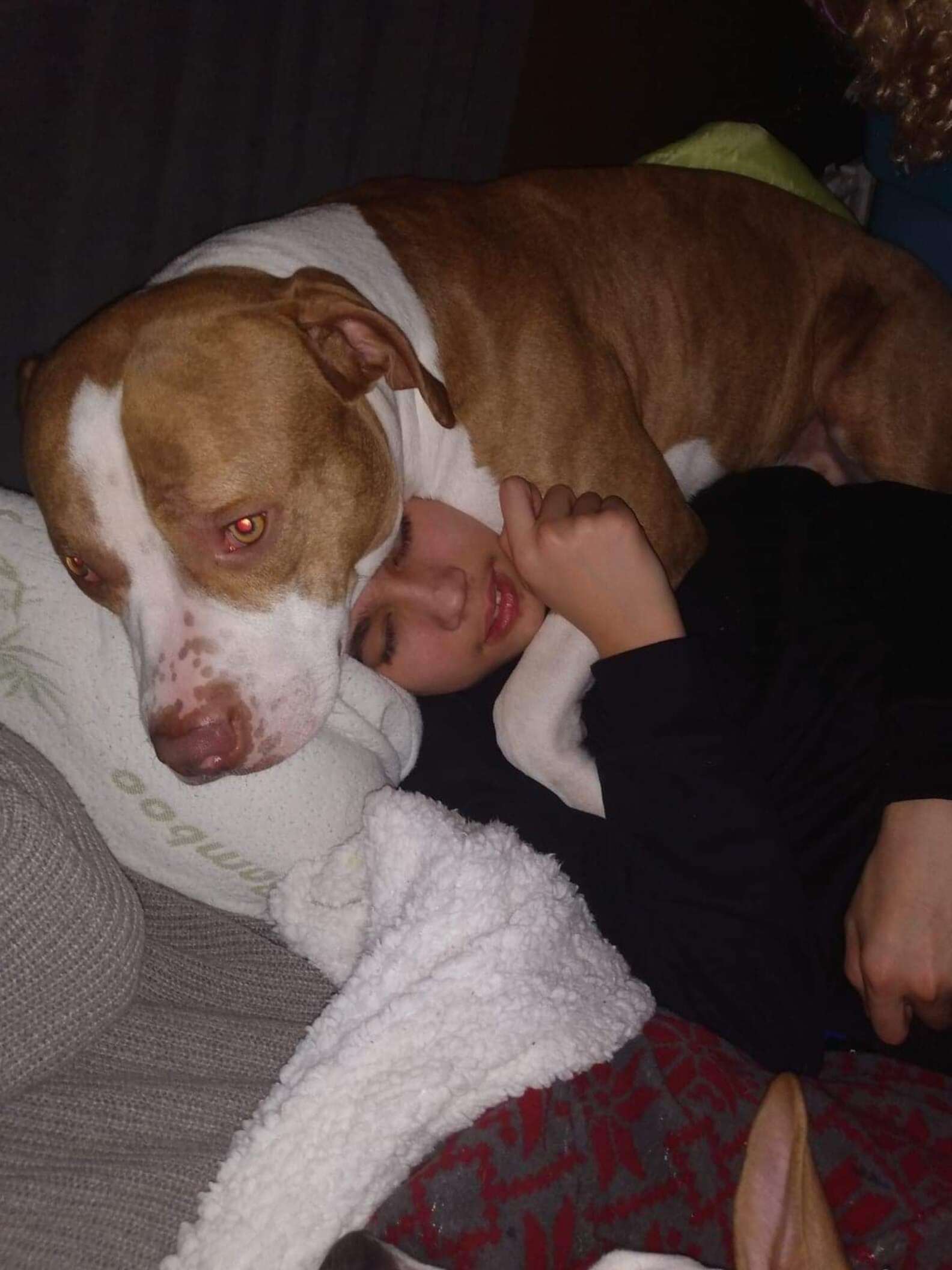