When Gertie the adorable little aardvark initially arrived at the ZURI Orphanage in Namibia, she was very weak, dehydrated, covered all over in sores, and had recently been orphaned.Thankfully, good Samaritan and orphanage founder Erika de Jager knew exactly how to take care of Gertie. She bottle-fed her and made her feel comfortable in the dog beds in the orphanage so that she could sleep as long as she preferred.

Aardvarks are naturally nocturnal, which means they sleep in the day and are awake at night. But when Gertie was just a child, she slept for most of the day and night.But she’s older now, about 4 months according to Erika. She’s not old enough to be released into the wild, but she is getting more active and playful which is a good sign, except that it’s usually when Erika is getting ready for bed.

She said: ‘The difficult part will be releasing her – she thinks she’s a dog, so we are saving to build her an enclosure so she can stay part of the family, but still be semi-wild in nature’
“Last night at 12 a.m. she decided it was time to play,” Erika tells The Dodo. “As I was trying to sleep, she stood up with her little feet on the bed. All I saw were these big ears.” 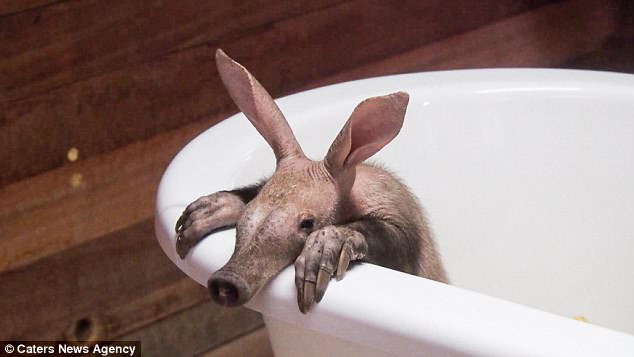 Outside of the orphanage, Erika works as a veterinarian. One of her main jobs is going to a neighboring farm where she treats a couple of horses. Since Gertie is still a vulnerable baby who needs constant supervision, Erika brings her along.

Gertie also loves spending time with Erika’s dogs, Spokie and Zarah. “Gertie will follow Zarah and just walk with all the dogs,” de Jager says. “They will often lick her and she will follow them.”

Gertie doesn’t seem to mind going on daytime outings with Erika, especially since she gets to play with the neighbor’s dogs, Krummel and Zettie. 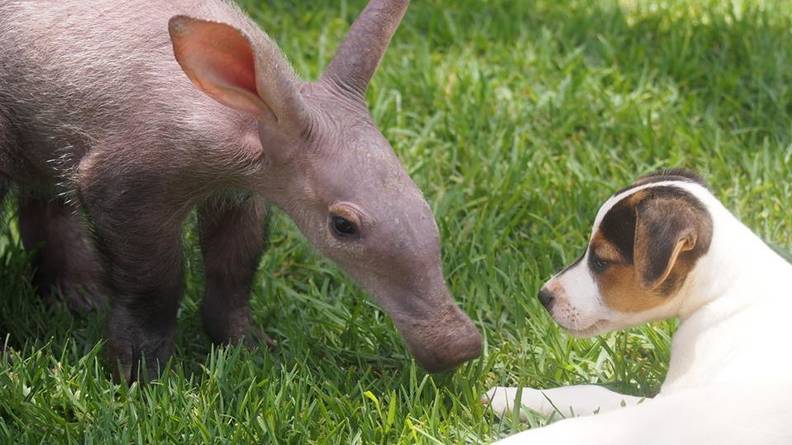 “She didn’t leave [Gertie] alone for a minute.

She followed her around everywhere. Sometimes dogs have a strong motherly instinct and will look after babies. I suspect Krummel is like this.”

Zettie, on the other hand, was a bit more standoffish. “She was a bit scared of Gertie,” de Jager says. 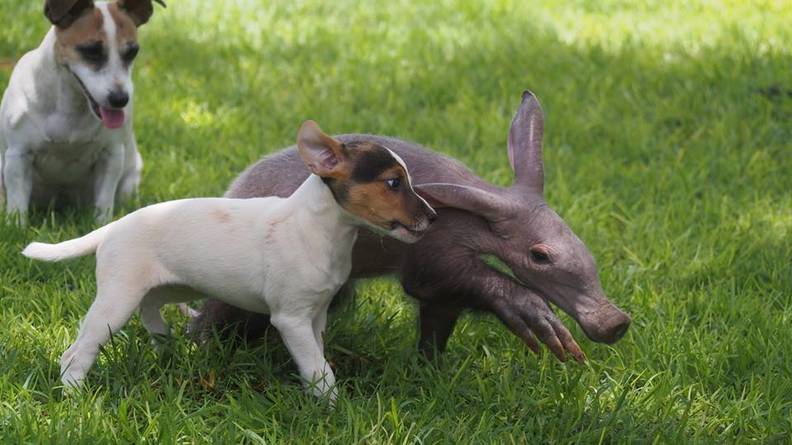 “But once she realized that Gertie was a great new friend, she was the happiest little puppy.”

Now all Zettie wants to do is play, all day every day.

“Zettie will run and fall in front of her like puppies do.”

Gertie might only have dog friends now, but Erika hopes that one day she’ll eventually meet other fellow aardvarks in the wild. 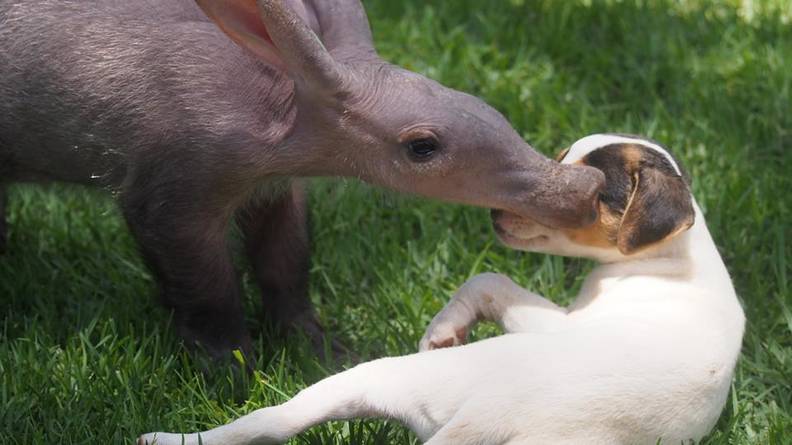 But at the moment, Gertie has lots of growing up to do. “She’s not even eating yet,” de Jager says. “She still drinks out of a bottle. Gertie will be with us for still a long time. Even my staff are sad because she’s growing so fast.”

No doubt her dog buddies will miss Gertie, too.

You can help aardvarks and other African animals by making a donation to Zuri Orphanage here. 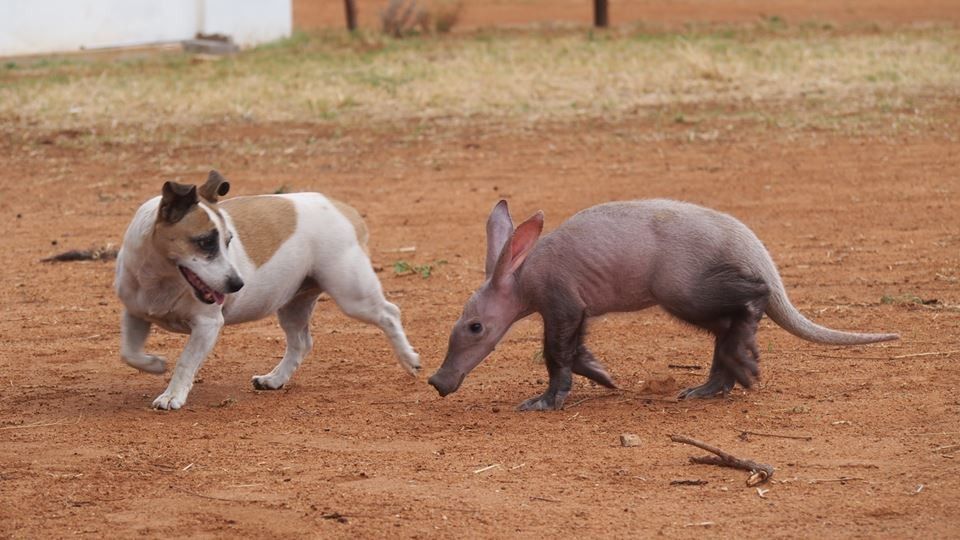