The Bloom family rescued and nursed a baby magpie that fell out of a tree. When the bird was finally healed enough to be released into the wild, they let her go. But the story didn’t end there. The magpie started to return to the family and spend time with her caretakers. Penguin became part of the family!

“It’s like a dog wagging its tail – she sits there in the tree and flaps her wings like she’s excited,” the father told ABC News.“Little baby magpie came into our lives when she fell from a tree at about 3 weeks old.”“We gradually nursed her back to health with a proper Magpie diet and lots of cuddles.”

“She watches tv, jumps on the tramp with the kids, flies into our bed in the morning and cuddles up.” “I never thought she’d become as much a part of the family as she has. [The kids] love her like a dog, but better.” “She’s free to fly – she often will just hang out around us in the morning then when the kids go to school she’ll do her own thing.” “If you flap your arms like wings – she’ll flap her wings.”

“She spends a fair bit of time cruising inside the house, picking up the kids’ scraps and playing games. She’s pretty domesticated.”

“When the kids play handball here with their friends… Penguin just flies from kid to kid, sort of gets involved. It’s pretty fun. It’s chaotic.” 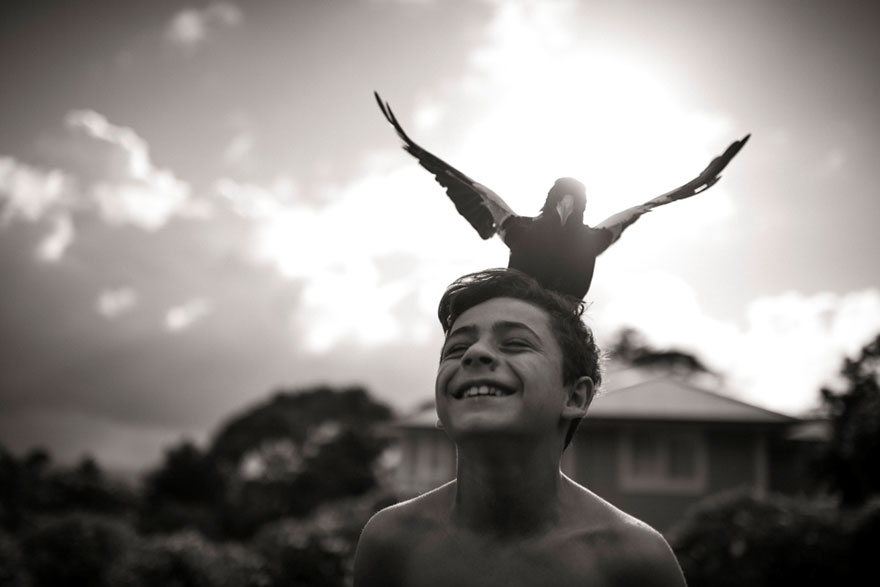 “If other magpies are around she’ll make a beeline for the house and fly in here so she doesn’t get bombed and pecked – they really attack her.” “A few months ago there was another baby magpie, a local one. She started playing with it and it came into the house.” “Penguin and this one were just… talking and carrying on together. It was really cool.”