When people treat dogs right, they get a tremendous amount of love, loyalty, and protection in return. Unfortunately, not everyone takes care of their animals as they should. Not only are some dogs neglected but also abused.

Here’s the deal, if someone mistreats any breed of dog, they should expect the animal to react in a bad way. Even a small five-pound Chihuahua that’s abused is going to instinctively try to bite. So, when a powerful breed like the Pitbull isn’t shown love and respect, their reaction is far more intense.

The Pitbull is an awesome breed of dog. If you raise them around children, they’ll become their best friends. They make excellent partners for people who love to hike. And if you’re looking for a pup that enjoys cuddling, you won’t go wrong with this kind of pup. 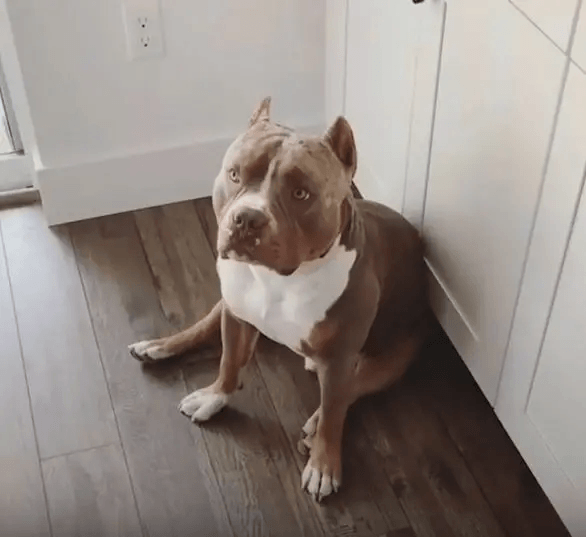 Now, when we say “parents,” we’re referring to humans, not canines. A gorgeous brown Pitbull with white markings by the name of Bronson is so much in love with his mom and dad that whatever they do, he wants to be involved. 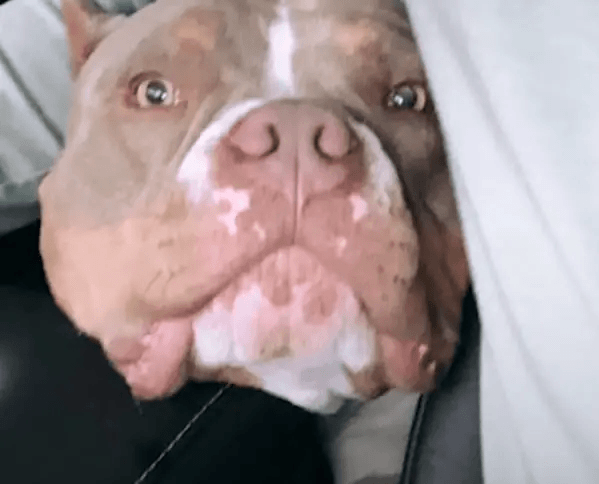 Whether his dad washes his face in the morning or at night, his furry friend is right there beside him to do the same. In an adorable video that’s now been viewed more than 20 million times, you see this pup wanting water splashed on his face just like Dad. 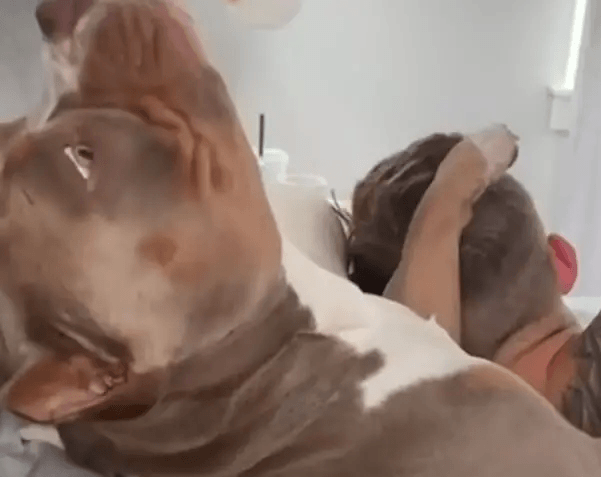 As Bronson’s dad explains, after his pup gets his face washed, his favorite part of the routine is getting dried off. He prefers extra soft towels and loves it when his dad wipes him down from head to tail. 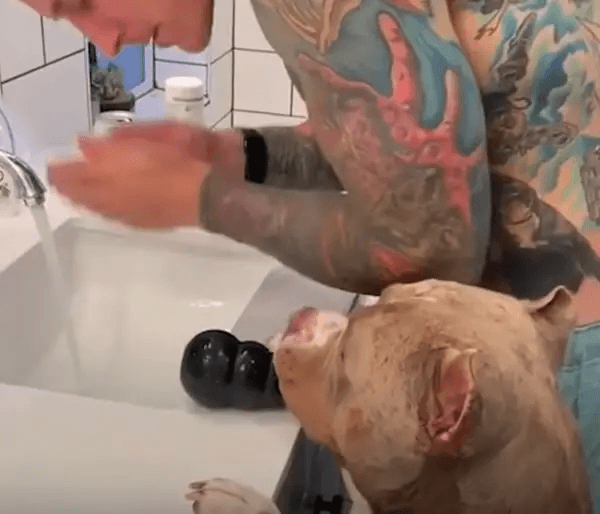 Bronson’s mom says in the video that “Everything he does is so weird.” The proof in that is watching him carry one of his favorite toys down the stairs. He doesn’t come down them like a normal dog but instead, he waddles. Of course, he has short legs so that could be why. Regardless, it’s hysterical. 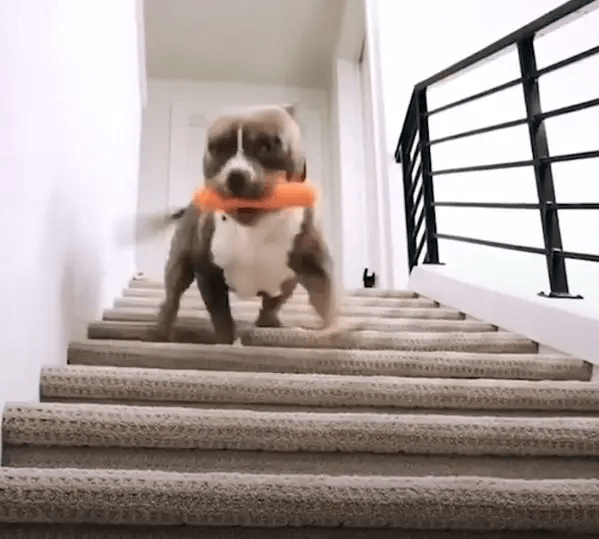 This handsome guy is also extremely needy. As his Mom puts it, “He’s so clingy.” If either one of them is sitting on the couch, Bronson feels the need to get as close to them as possible. It’s almost as though he’s giving them human hugs.

Being touched is something else that Bronson loves. In his mind, his parents should be petting or massaging him all day. Well, we know that’s impossible. But he lets them know when he feels he’s not getting enough attention 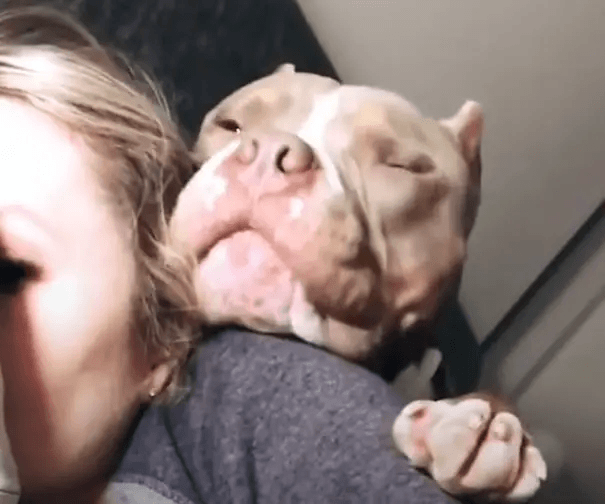 This couple even has a hard time sleeping like other people because Bronson has to be right in the middle of the bed on his pillow. He hogs the space, puts his head on their shoulder, and expects them to lie perfectly still so he can sleep. This pup is simply too cute for words. 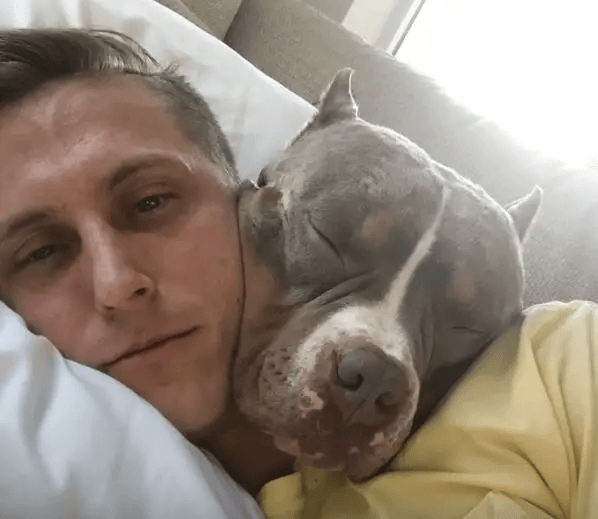 Just like he does at home, Bronson has to be in between his mom and dad when in the car. But they have to be careful because if he had his way, he’d be sitting in his dad’s lap during the entire ride. 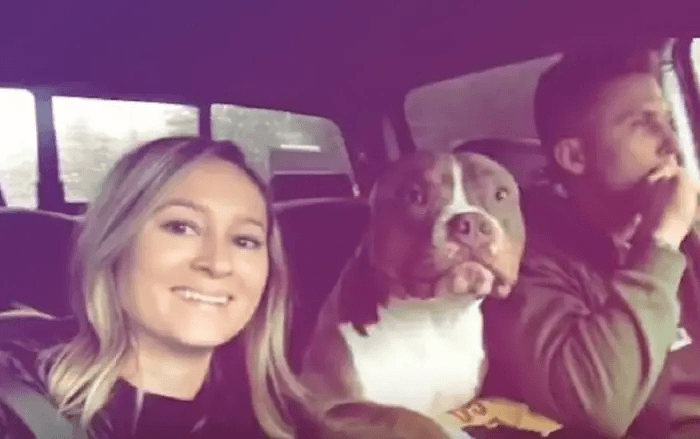 Just trying to stretch before a good workout is also a challenge for these parents. Of course, Bronson wants to be involved with that too. Although he doesn’t have the moves down, he does his best. And when it comes to cooking, yep, he’s right there waiting to be the taste-tester. 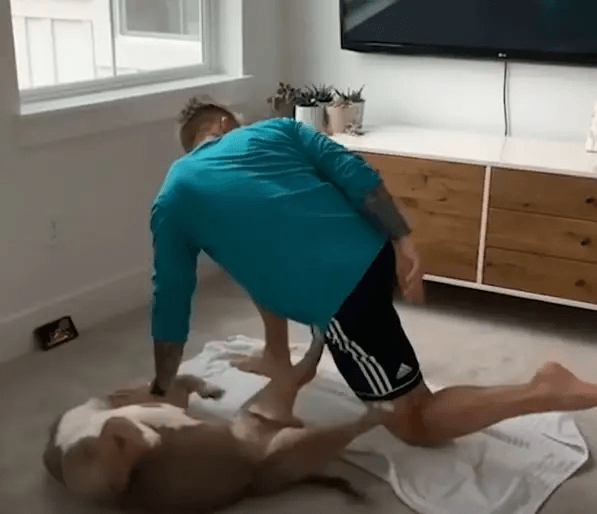 This Pitbull is funny, loving, and devoted to his parents. Oh, he also has a canine sibling. And while they get along incredibly well, he’s definitely a mommy and daddy boy.