Thirty-five elephants who were saved from the Ringling Bros Circus are finally being shipped to a lush new habitat at Florida’s White Oak Conservation Center form.The group who are part of the largest herd of Asian elephants in the western hemisphere were saved from forced performances in terrible and abusive conditions.

The first 12 of the herd were sent to the conservation centre, and for Michelle Gadd, a dedicated conservationist, this is a dream come true. She reflects on this:“A lot of kids have this dream of running away and joining the circus. Well, I was that kid who wanted to run away and let all the animals out of the circus.”

Ringling Bros and Barnun & Bailey’s circus had elephant attractions for most of its 146 years of running, but they had to retire the act of many years of public outcry against the clearly abusive conditions they will living under.

It’s the little things that matter, like being able to cool yourself down by splashing water on yourself
When they were originally saved, they moved to a small preserve in Orlando. This was before the Walter Conservation came to the rescue and began construction on the habitat to housse the 35 elephants. 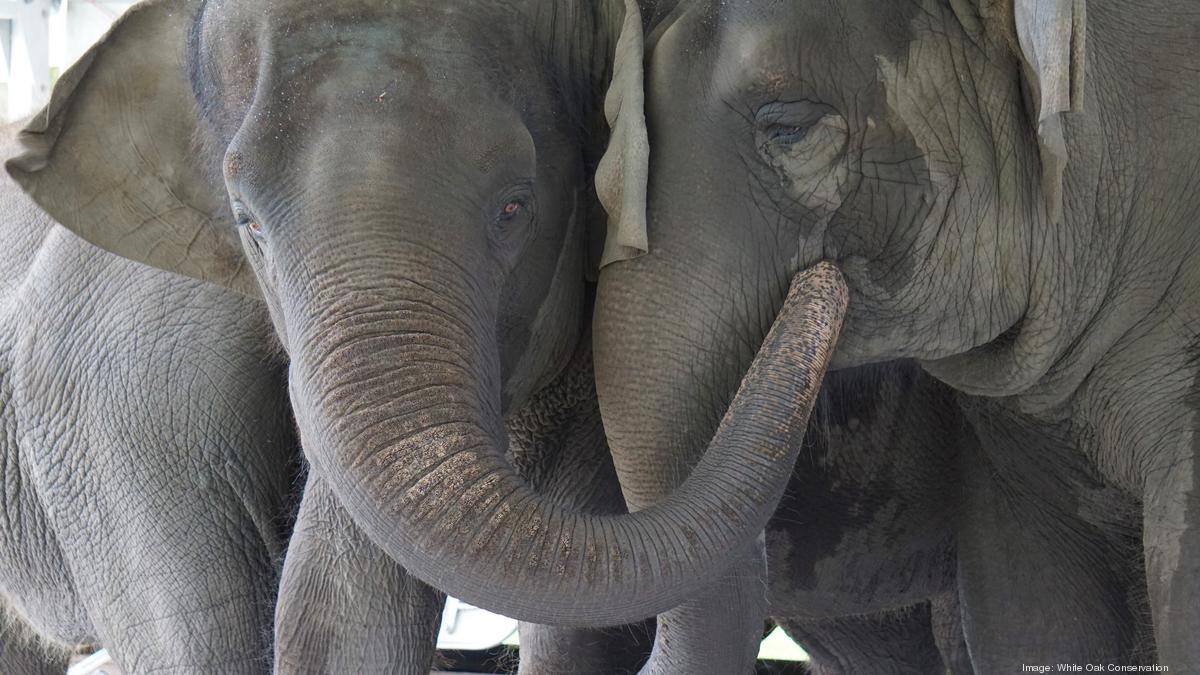 They can finally roam free and truly bond as a herd.

“Elephants are among the most social and empathetic animals out there — and not only are they getting to know their new surroundings, they’re getting to know each other”

“They seem to have sorted out a hierarchy amongst themselves. They regrouped right outside the fence and again reassured each other. Rumbled, touched each other, put their trunks in one another’s mouths.” 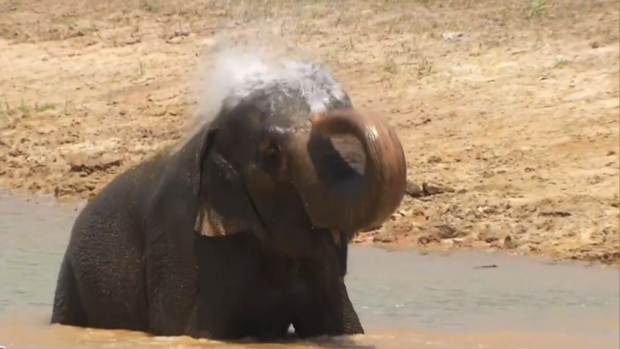 “The two oldest girls, I referred to them as the mean girls, but perhaps they’re just a little bit bossy,” Gadd said.

She hopes people will see that elephants are beautiful as they are.

“They don’t need to be ridden or trained or do tricks or travel the world,” she said. “Just let them be where they are and there’s nothing more beautiful than that.” 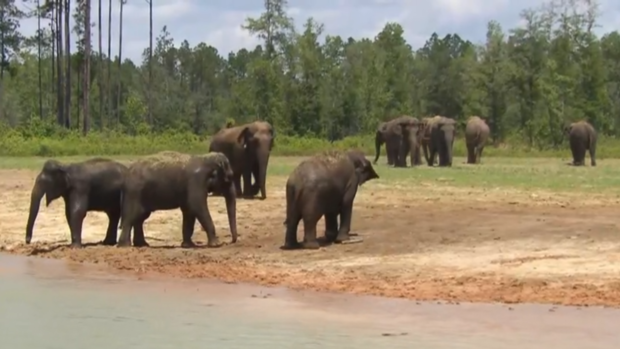 Conservationist Nick Newby Newby said his mission is to give the elephants “a holistic life and a complete life.” CBS NEWS
Since the elephants were raised to become dependent on humans, they can’t be sent back into the wild and be expected to survive. So this is the best option for them.

“The best thing for these animals is to live in a complex environment that’s pretty darn close to the wild, honestly.”