Millions of cats and dogs are butchered across Southeast Asia every year, but animal welfare groups have been hard at work trying to stop the barbaric dog and cat meat trade. And groups like Four Paws are making progress at every turn.

In 2019, Four Paws, an international organization working to save animals from cruelty, began an investigation into the cat and dog meat trade in Vietnam. Research showed that 5 million animals, 1 million of those being cats, are slaughtered for what is considered a lucrative business. Dog meat can sell for $7 – $11 a kilo. Cat meat is far more expensive at upwards of $13 per kilo as it’s considered a delicacy in Vietnam.

“Every year millions of dogs and cats – both healthy and sick, owned and stray – are violently captured from the streets in Vietnam, crammed into tiny cages and transported unchecked across the country, with journeys often lasting days,” reports Dr. Katherine Polak, veterinarian and Head of Four Paws Stray Animal Care in Southeast Asia.” 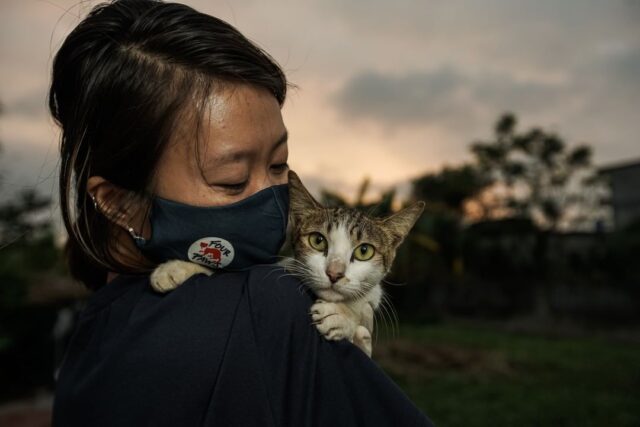 Not only are these practices cruel, but they also create disturbingly flagrant health violations which can lead to the outbreak of diseases able to spread between humans and animals. Instances of Rabies and Cholera have already been reported.

“If Vietnam is really serious about protecting public health and fulfilling its commitment to end rabies in the country, the government must finally put a stop to the dog and cat meat trade”, Dr. Polak says. 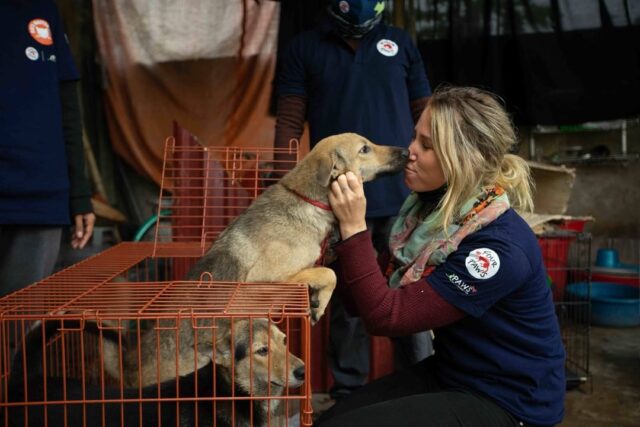 Four Paws, working with the Change for Animals Foundation, Hanoi Pet Rescue, Paws for Compassion, and Vietnam Cat Welfare, has scored a victory against this cruelty trade with the closure of a prolific cat meat restaurant and slaughterhouse in Thai Binh, the “so-called cat meat capital.” 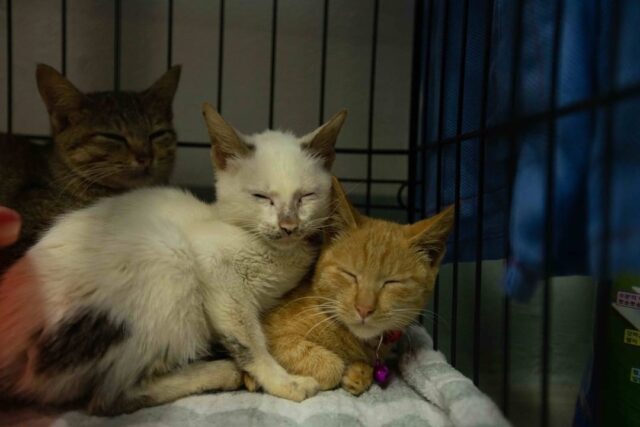 The restaurant boasted serving over 240 cat meat meals every month. But not long ago, “the owners, a Vietnamese couple, expressed their desperation to get out of the trade due to a desire to no longer kill animals,” according to Four Paws.

The groups rescued 20 cats and 5 dogs from the slaughterhouse. Sadly, one cat died after rescue, but the other 19 have been housed at Four Paws’ bear sanctuary in Vietnam. Once strong and healthy, the cats and dogs will be adopted out to loving homes where they won’t face such horror ever again.

As for the restaurant, Four Paws has helped the owners convert their business to a second-hand motorbike shop with their agreement to never participate in the cat and dog meat trade again. 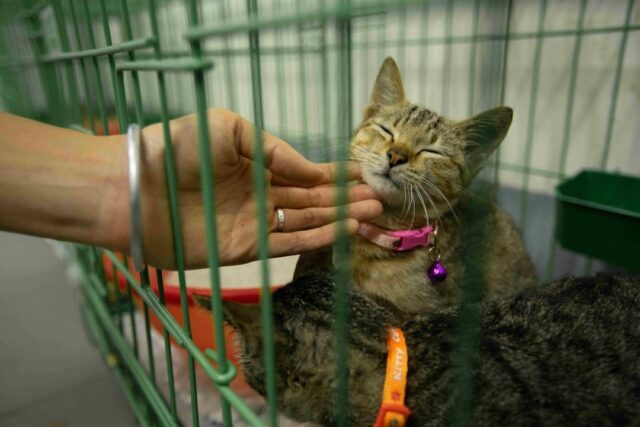 In January 2020, Vietnamese laws protecting cats from slaughter and consumption were repealed while dog protection laws stood. As a result, cat meat is in high demand. When stray sources can’t meet the demand, these cruel butchers will steal family cats and dogs. Such actions can’t stand and thanks to groups like Four Paws and other welfare coalitions like DMFI (Dog Meat Free Indonesia) and ACPA (Asia Canine Protection Alliance) things are changing.

“Through education and cooperation with the responsible authorities and tourism associations, the aim is to urge governments to introduce and enforce legislation banning the dog and cat meat trade to protect both animals and public health,” explains Dr. Karanvir Kukreja, veterinarian and project manager of Four Paws international campaign.

“This closure demonstrates that times are changing in Vietnam, with more and more pet owners and young people in Vietnam speaking out against the trade, and even the owners of restaurants themselves no longer wanting to be involved in it.”

Already, one million people, including 200,000 Vietnamese citizens, have signed a petition calling for an end to the cruel dog and cat meat trade. But the animals still need help and you can help give it to them. Click here to sign the petition aimed to stop the slaughter! Baby Elephant Gets Frustrated When Playing Chase With The Dog Woman Makes The Prettiest Nursery Room For Her ‘Baby’ Dog