Runt, a tabby cat, has always been a stray cat his entire life until Emily Blythe took him in. When Runt was found, he was in a terrible condition. Also, he was malnourished, he had several wounds on his face and ears, and he had a respiratory infection.His body was in pretty bad shape when he was brought to the Lake County Animal Shelter, a local no-kill shelter in Tavares, Florida.

On top of that, Runt is an older cat, and his estimated age is around 14 years old.Once he arrived at the shelter, Runt was treated for several weeks until he was well enough to be taken to a foster home. At that time, Blythe decided to temporarily foster Runt along with her other pets.In a recent interview, Blythe told Love Meow that Runt seemed to like the new place, and fit right in with the other senior cats.

On the first night, Runt was so comfortable that he slept like it was his home all along.

It was obvious to Blythe that he belonged in the house, so she couldn’t part with him. For the first time in his life, Runt finally had a home to call his own. 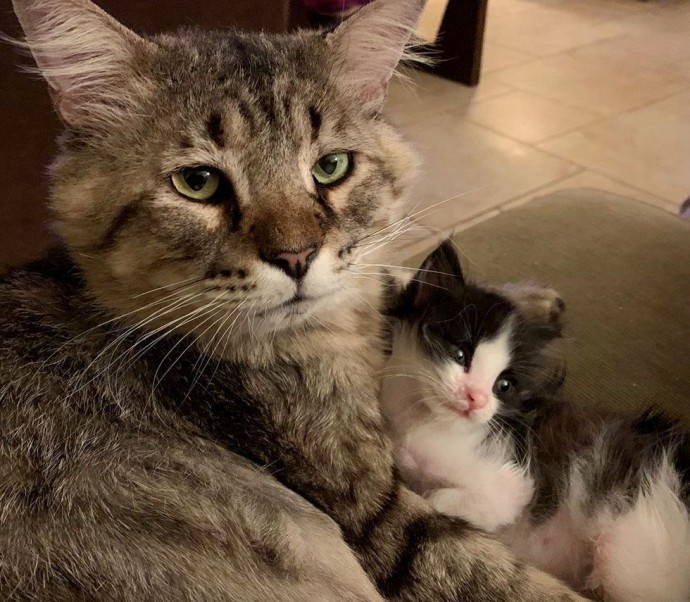 Runt is an easygoing cat, and he gets along with all the pets in the house, even the puppies and kittens. One time, Blythe brought home a foster kitten, and Runt took it upon himself to nurture the kitten. At first, Blythe thought that the foster kitten wouldn’t pull through, but it did, thanks to Runt. 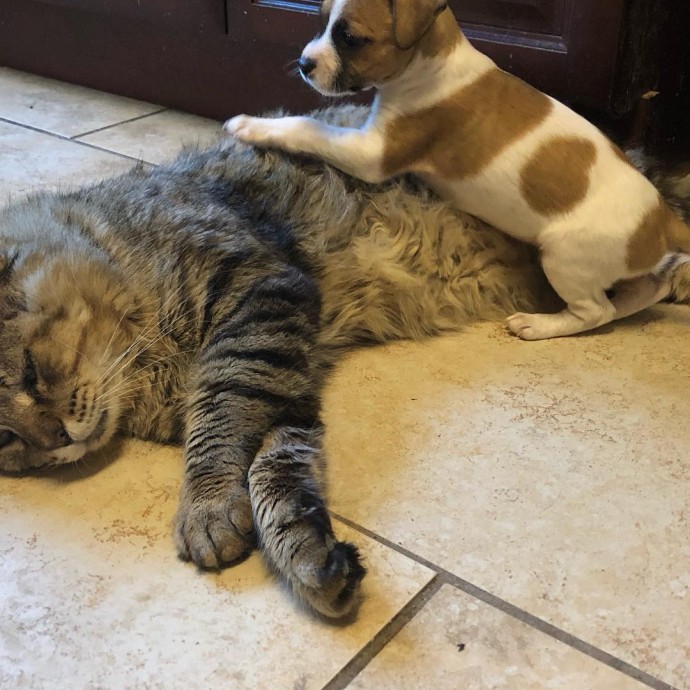 Last April, Blythe brought home two orphaned kittens, Dolly and Reece. Dolly was timid and restless, but Runt stepped in to be a parent for the two. Now, Dolly runs to Runt for affection.

Today, each time an orphaned kitten is brought to their house, Runt becomes a father to them. He loves and nurtures them, almost like his life purpose is to make all the other rescued animals feel better. 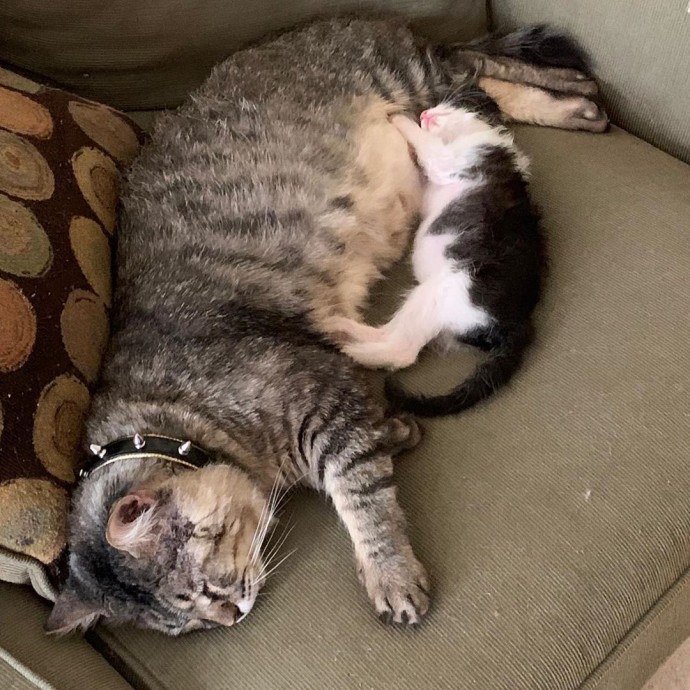 At Blythe’s house, Runt lives with Sassy, Pixie, and Petunia. Petunia is an adorable and affectionate cat who arrived at the shelter with facial injuries.

In the past, Petunia was shot in the face when she was just a kitten. Now, she is well, loved, and happy.

Today, Blythe regularly posts photos of her pets, and she aims to show people how wonderful shelter animals are. Check out her Instagram. 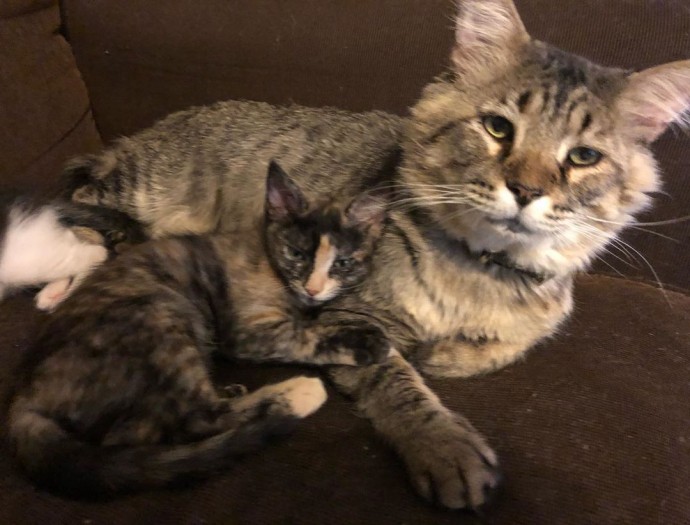