Going to the shelter to adopt a new fur baby is always a thrill. Which dog will you choose? Even better, which dog will choose you? However, no matter how satisfying it is to rescue a new pup, it is also a bit sad that you can’t bring them all home.Living in the shelter is also a challenge for the dogs.

Confusion, fear, and loneliness abound and most dogs are not at their best locked away from the outside world and all they once knew. There they sit just waiting for someone to love them before possibly losing their chance forever.Puppies often get more attention than older dogs but even then, sometimes the competition to get noticed is stiff.

Recently one puppy living at the Humane Society of North West Louisiana learned how to get some extra attention by charming everyone walking past his kennel. 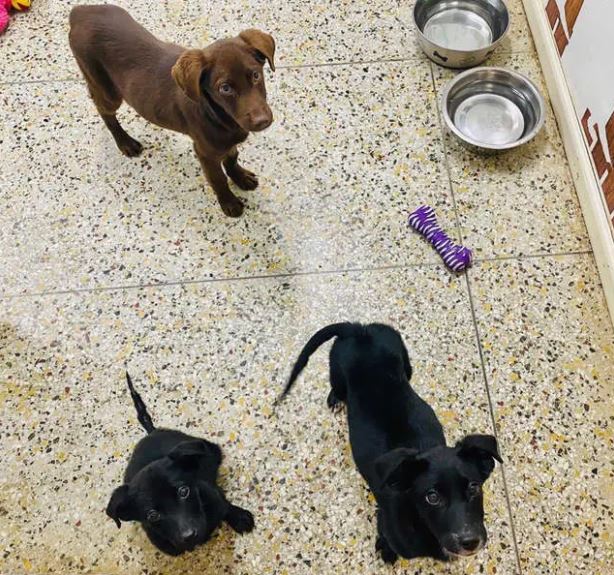 The 8-week-old puppy, Burreaux, along with two of his littermates were rescued by a volunteer at the shelter, Sarah Wolton. The puppies had been picked up by animal control and were scheduled to be euthanized that same day. 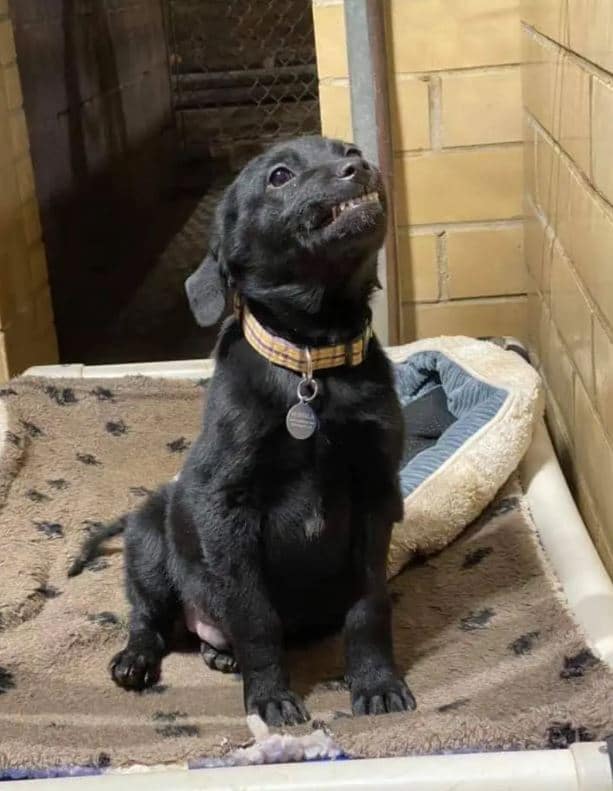 When Wolton learned of their plight from her friend and director of the animal shelter, she immediately went and rescued the adorable puppies. All three of the puppies were healthy and negative for parvo. However, soon after arriving at the shelter Burreaux got sick with the virus but with quick veterinary intervention, made a full recovery. 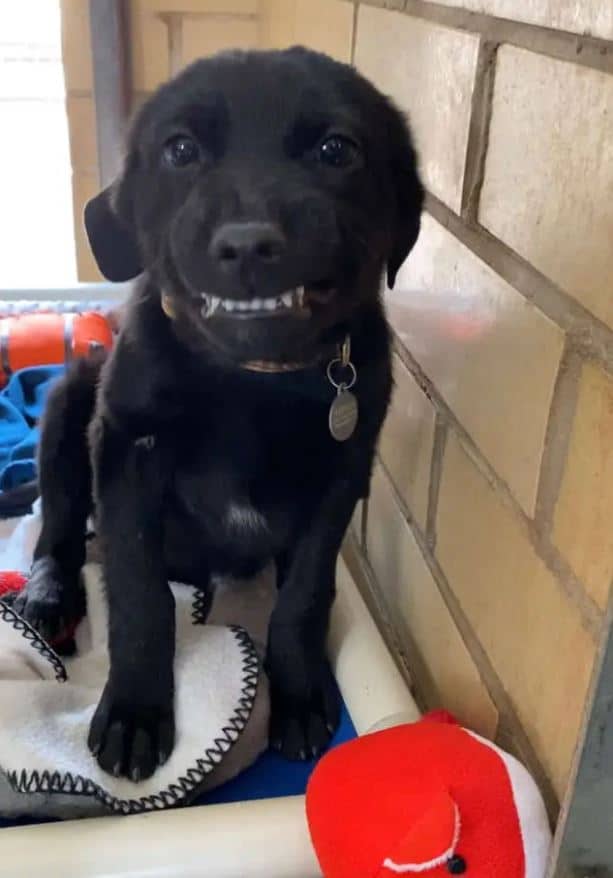 Once back at the shelter, his personality started to shine even while locked away in his kennel. The cute puppy began smiling at everyone who passed by! Wolton said whenever anyone would sweet talk him, he’d show off is big toothy grin. 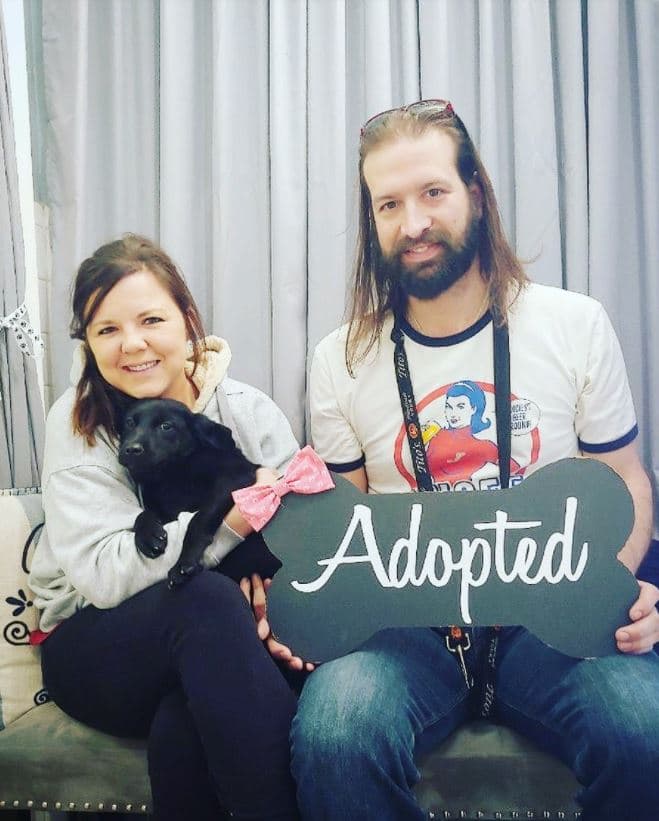 “And we were thinking, ‘Burreaux wants a home so bad that he’s always smiling, trying to cute it up. So we took that video and now it’s going viral,” Walton continued.

The shelter decided to make a video of the irresistible grinning puppy and within two weeks he was adopted by his new mom and dad. His littermates also found homes so there was a very happy ending for all puppies.